The Pakenham RSL and Legacy group have dodged a bullet, after Pakenham Central Marketplace apparently reversed a decision to charge […]

The Pakenham RSL and Legacy group have dodged a bullet, after Pakenham Central Marketplace apparently reversed a decision to charge the charities $1000 per week to have their donation stalls in the centre.

While the issue has since been resolved and the charities will not have to pay a fee, the initial sky-high cost at Marketplace came as a shock to volunteers.

Each year Pakenham Legacy Club sets up its stall for one week, to raise funds for families that have been touched by a loved one’s service to the country and are in need of assistance.

This year, the Legacy Club was only able to set up its stall for three days, as Marketplace reportedly requested a fee of $1000 for the week.

Instead, the Legacy Club was asked to pay $53 to Marketplace for three days.

“They told us to pay but we said no – we are a not-for-profit charity and we are not paying anything,” Legacy member Jan Parkinson said.

“Every penny that Legacy makes goes directly to widows and children. We virtually do what the husband would have done had he not come home from war.

“We are all volunteers so it’s just ludicrous they are (were) asking us to pay.”

Pakenham RSL sets up a donation stall in Marketplace a few times per year with all profits put towards helping veterans in Cardinia.

“I was really wild when I heard about it. The $53 could easily go towards a military personnel that really needs it,” Pakenham RSL veteran Keith Eigendorp said.

“It’s not right at all. Is that how they treat service members? We never push people. We sit there and people come to us.

“Last year we made $3000, which was great. We sat there for sometimes eight hours volunteering our time and so it’s no profit to us.”

Before the issue was resolved, Pakenham RSL held a meeting to discuss the matter.

Mr Eigendorp said the members were in disbelief when they heard the news.

“We bring in so much money for the veterans living in the area,” he added.

“Surely people would be thankful what our servicemen have done for us. We live in a safe country thanks to these people who fought for our country.

“In my personal opinion I think it’s very important we look after our veterans. To do this to veterans is wrong – it’s totally wrong.” 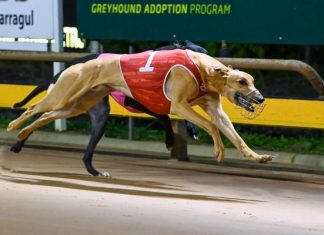