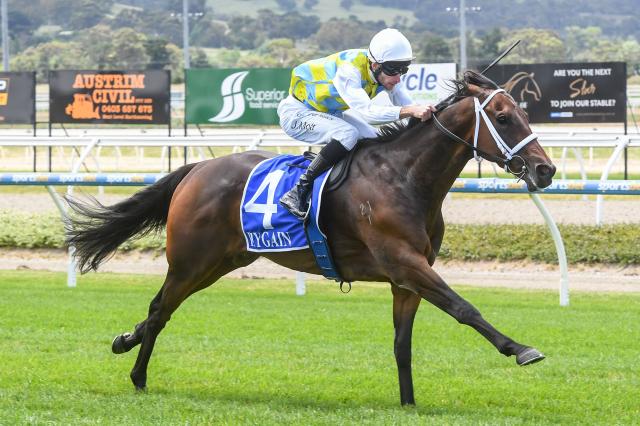 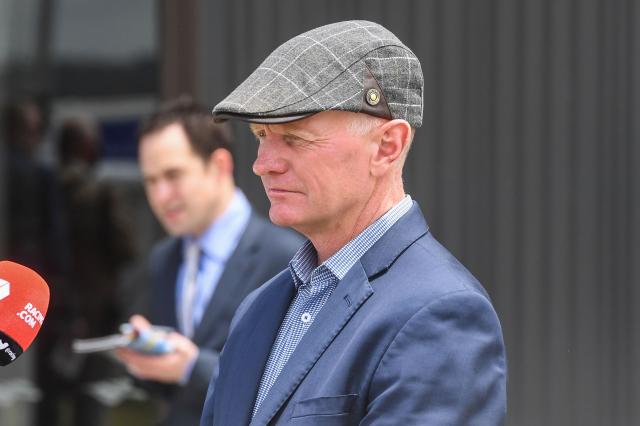 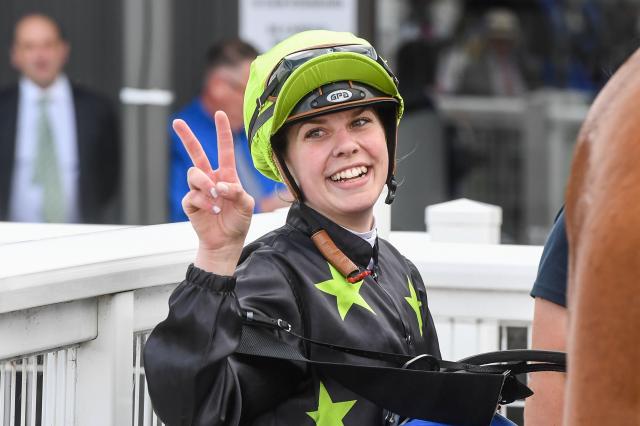 Stokes would have a great day at his home track, scoring a winning double and running second in the Pakenham Cup with Good idea.

But it was Lyrical Lad, a four-year-old son of Roman Emperor/Grecian Melody, who kick-started the day in fine style after showing an electric turn of foot to win the $75,000 John Duff and Co BenchMark-70 Handicap (1600m).

Lyrical Lad has been a handful to train for Stokes and his Pakenham team, but patience has proved a virtue with the gelding now one of the most in-form horses in the stable.

Lyrical Lad was given a patient ride by jockey Jamie Mott, rating the speed perfectly before swooping on the tiring leader’s mid-way down the straight.

“The horse is going super, Jamie gave him a beautiful ride, he summed it up good, we thought we’d be a bit closer but they obviously ran along at a good tempo and he got him to relax,” Stokes said post-race.

The impressive win followed an equally impressive display on a heavy-10 track on Cranbourne Cup day, with Saturday’s win proving his versatility…coming on a good-4.

“He handles it all and he’s a tough, tough horse and he’s a credit to our staff. He’s a really hard horse to train and he’s come a long way.

“He’ll go back to the farm now and we’ll keep placing him, he’s a nice horse and he’s getting there with age; he’ll only get better.”

Mott, who loves riding at Pakenham, said the key to riding at the track was simple.

“It’s a beautiful track this, I felt like they went quite solid out in front today and all my bloke did was want to relax.

“I was a little concerned that I was a fair way off them, but once I give him a squeeze, he deadest went past them like they were nailed to the fence.”

Lyrical Lad crossed the line with plenty in reserve, defeating the Matt Ellerton-trained High ‘n’ Dry by a length-and-a-half, with Mick Huglin’s Denero three lengths away further back in third.

Mott agreed with Stokes’s opinion, that Lyrical Lad was equally adept on wet or dry tracks.

“Most people probably think that the heavy-10 was the reason for his win at Cranbourne, but it wasn’t a bad field today and he played with them.

“He’s on the way up and let’s hope he can keep it going.”

Lyrical Lad is proving to be a real winner, with Saturday’s triumph his fourth success from nine career starts.

Stokes then became the first trainer to prepare a winner from the brand-new 1200-metre chute at Pakenham when Defiant Dancer treated his opposition with contempt in the $150,000 David Bourke Memorial Handicap (1200m).

The five-year-old Foxwedge gelding sat on pace throughout, kicking clear in the straight for his first win since mid-December last year.

“It’s been a long time between drinks, but full credit to the team, they’ve done a good job with this horse and we targeted this race, he had no weight on his back and it was good to get him back in the winner’s circle,” Stokes said post-race.

Stokes said Defiant Dancer would hopefully have more luck with preferred racing conditions this time around.

“He needs a firm track and he just sort of got lost last season running into some wet tracks, he was racing below par, it’s good to see him back and hopefully we can build on it,” he said.

Defiant Dancer brought up a race-to-race double for jockey Madison Lloyd who had an early inkling her mount would be hard to catch.

“He was really quick out and I thought he’s going to be hard to beat once he settled beautifully outside the leader,” Lloyd said.

“At the 400 I gave him a really good squeeze and he let down beautiful.”

Lloyd said scoring a double on Pakenham Cup day was one of the highlights of her burgeoning riding career.

“It’s pretty special to do it today; I can’t thank these owners and trainers for putting me on.”

The David Bourke Memorial was run in honour of a man who made a huge contribution to both Pakenham and Victoria racing.