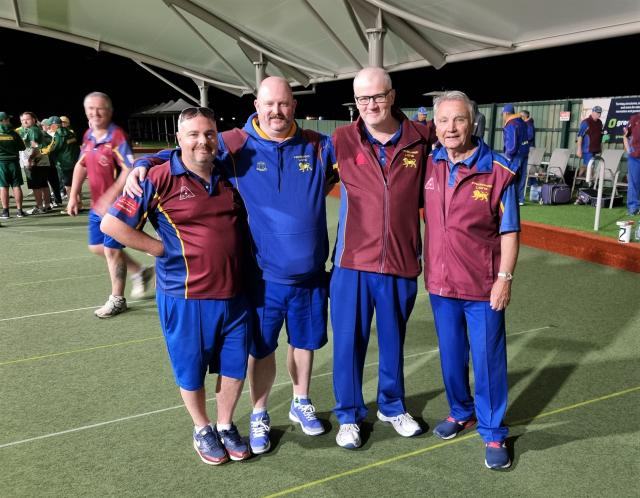 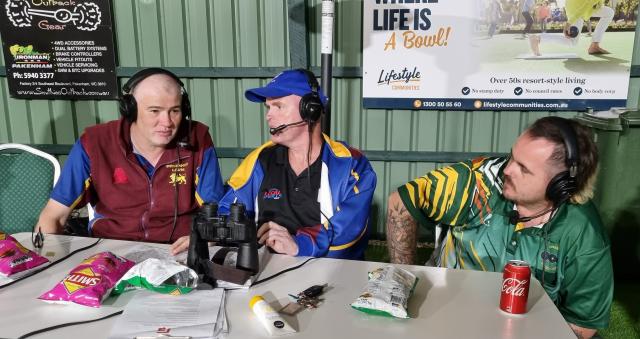 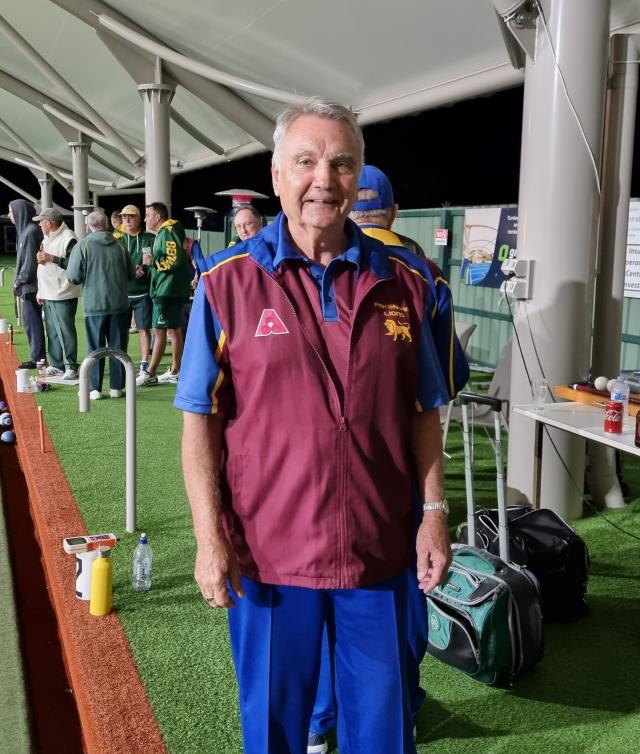 History was made at the Pakenham Bowls Club on Friday night with live streaming of the Division One match against Berwick – a first for the club and for the region.

A good crowd turned out to watch what promised to be a high-quality game and the standard of bowls on display, particularly on the ‘TV Rink’ (closest to the club house), did not disappoint. In addition, at its peak, according to the ‘techo’s’ estimate, there were upwards of 30,000 viewers online!

The Wickers were up and about and very noisy from the outset and were certainly playing up to the cameras; and whatever they were on, it was working – after the first 20 ends they had their noses in front on three of the four rinks and were up overall by 19 shots to 14.

As the game progressed, despite some brilliant bowls, Pakenham continued to lag behind and by the half way mark the visitors had extended their lead to 15 shots and were still ahead on three rinks.

However from that point forward and over the business ends, with the exception of Geoff Van Vugt’s rink, the home side were marginally outscored and at 75/82, with one rink up and one drawn eventually lost the game by seven shots.

The Lions best rink (the ‘TV Rink’ coincidentally) was Neil ‘Big Dev’ Devlin (S), Max Mannic (3), Gian Pianezzola (2) and Trent Gribbin (L). These guys were involved in a spirited and highly animated game which saw them headed until the twelth end when they finally grabbed the lead. Then, despite being outscored over the final five ends, they hung on to win by 22 shots to 16.

Now in ninth position on the ladder, the Ones will be away at Mordialloc, eighth, next round.

Pakenham’s Third Division side did not start the day well at Chelsea as before play had even started, one of their number was taken ill and had to return home, leaving the team a player (and 42 bowls) short.

Their hosts could not have been more sympathetic and helpful but that did not prevent them from giving the Lions a touch up once the game commenced.

With the benefit of an extra player and a considerable home ground advantage on a tricky sand filled green, the home side quickly established a lead on three of the four rinks which, as the match rolled on, they never looked like relinquishing. At the end of the day, Pakenham returned home with only one winning rink and two Pennant points – it was a long drive home.

The successful rink was John Tarr (S), Trevor Fry (3), Bill Bosch (2) and David Moore (L) – they completely turned their match on its head, outscoring their opponents 10 shots to one over the last five ends to claim an emphatic 27 to 19 win.

The Twos will be home to top-of-the-ladder Cranbourne RSL1 next round.

Pakenham Three were home alone for a close encounter with Monbulk last Saturday. They made a steady start and after the first 20 ends had two up and one all square but at 17 to 16 their overall lead was only a single shot.

By that point however, the visitors had apparently developed a liking for Pakenham’s green – they put on a surge and by the half-way point of the game with two rinks well ahead and a third level, had taken a significant 50 to 31 lead.

As the game entered the business ends, Monbulk still held a 21 shot lead and were in front on three of the four rinks. However the Lions then began to show some real fighting spirit and in the run home outscored the visitors by 29 shots to 10, only to fall short by just two shots and be beaten 77 to 79.

That loss saw the Threes drop to the fourth rung of the ladder. They will be away to Willow Lodge, fifth, next round.

Pakenham One travelled to Stud Road for what has become one of the toughest assignments in Div 2 – tackling The Dandenong Club on their home turf. The outcome of the game was not unexpected, even if the extent of the loss was.

Two of Pakenham’s rinks won their first end but that was the last time the two sides were level, although Paul Currie’s rink did have its nose in front for four ends late in the game. The locals quickly established their dominance and at most of the important milestones held more than double the Lions’ score. Pakenham’s players did make some inroads into the deficit late in the piece but still went down by 48 shots to 89 and collected zero Pennant points. Now at sixth spot on the ladder, the Ones will host Cranbourne, fourth, next round.

The Second side provided the only bright note of the week with a home win over Hampton Park last Tuesday, although they did their best at one stage to throw it away.

Their game started more or less according to the script and after the first 15 ends they were ahead on two of the three rinks and had established an overall lead of 14 shots to 10. By the half-way mark, the score had been extended to 36 shots to 19 and the Lions were well in control with two up and one all square – so far, so good.

However for some inexplicable reason, and in a complete reversal of the trend of the game, the Redbacks won 13 of the next 15 ends and by the start of the business ends had two rinks up and held a 44 to 38 lead.

Fortunately, the Lions were able to regroup at that stage and returned the match to its original course but they left it until almost the last minute to snatch victory from the jaws of defeat, grabbing the lead by the slender margin of just two shots on the second last end.