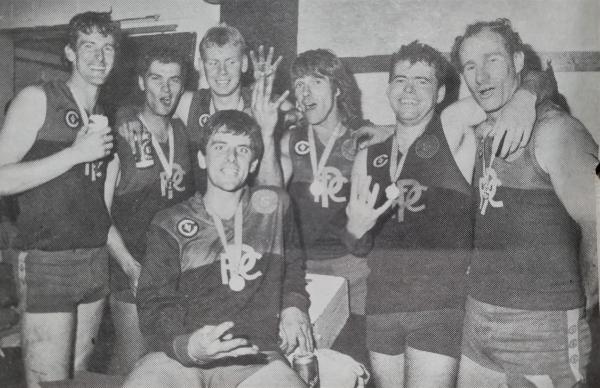 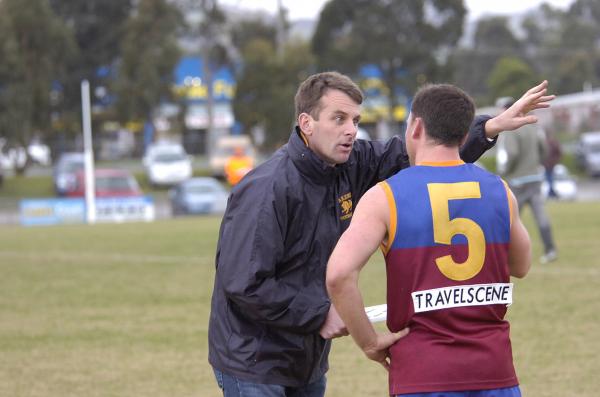 As a member of Pakenham’s famous magnificent seven it would have been quite easy for Derrick Brown to drive off into the sunset and bask in his own glory.

But instead, one of seven players to play in the Lions’ four-consecutive premierships between 1987 and 1990 has dedicated almost 20 years of his life to the development of young footballers as a coach and mentor.

Brown’s story wouldn’t be complete without first reflecting a little on his playing days.

As a youngster Brown lived and went to school in Pakenham, but spent weekends at his grandmother’s place in Berwick, meaning his early football days were spent in the navy blue and white of the local football club.

Brown moved from Berwick to Pakenham in 1986, playing in a losing grand final for the Lions against Cora Lynn, before the appointment of playing-coach Neville Powles saw the floodgates open over the next four years.

Brown describes himself as a ‘just a wingman’, an opinion not shared by the match report of the 1987 victory over Cora Lynn.

“D. Brown was elusive and running riot on the wing. The will-of-the-wisp player with his clever dodging and weaving was a clear winner all day. Brown was winning easily on the wing and giving the Lions every opportunity.”

“I think for most of us it was a case of just being in the right place at the right time,” he said.

“Neville (Powles) was a school teacher so understood the young blokes pretty well and Greg Atkins looked after us on the field. I was also pretty lucky with injuries. I broke my scaphoid in one of those years but got back for finals to it was a pretty fortunate time all round.”

Brown remembers those Pakenham teams as having some top-end talent but being very well balanced overall.

“The list just goes on and on…Rick Tyrrell, Gary and Tim Nooy, Mark Carney, Mark Paynter and not much got past Brien Brady in the backline.

“We were a young side with a sprinkle of experience and we got along great socially because we all around the same age. And West Gippy was a really good competition back then, with good umpires and a good standard of competition.”

Brown also remembers some of the administrators and volunteers who put in the effort to make the club so special.

“Bob Utber and Wayne Henwood were presidents through those times, we had a mascot in Bruce McArdle and people like Graham Treloar and Russ McGuiness were always around the club,” he said.

“Cliff Smith was an institution as a trainer and Graham O’Brien took over from Cliff…they were just very good people and we were very lucky to have them.”

Brown finished his playing career at Pakenham in 1994 to focus on his young family and to establish himself with his work. He had several years away from the game, with his only involvement being as an assistant-coach to Russell Rowe in several interleague campaigns, researching opposition leagues and providing an insight into players that could make the grade.

In 2002 he would coach his eldest son Jack at Beaconsfield, in a return to community football that is still running strong today.

Brown has since been involved at many levels of the game, being coach or assistant-coach at junior, under-18 and under-19 levels, and is currently an assistant to senior-coach Ash Green at Pakenham.

“I enjoyed my time at Beaconsfield, coaching my sons Jack and Darcy, and we had some great success and some really good kids come through that program,” Brown said.

“We won a few flags and created some great memories and it’s great to see those players continue on with their football and be good players at community or elite levels.

“In my last year at Beacy, in 2016, we defeated Berwick in the semis – who were undefeated all year – and then lost to them in extra time in the grand final.

“That one hurt, but it was a great game of football and the players deserved every accolade they received for playing in that game.”

Brown returned to Pakenham in 2017, coaching a premiership in the under 19s after an uninspiring start to the season.

“I remember people telling me we had heaps of players at the club, but when only eight turned up for training I was a little bit worried,” Brown explained.

“For the next few weeks it was like having a second job, knocking on doors after hours to try and get a team together.

“One mum thought I was a policeman and said ‘What’s he done wrong’, but I was just there to get him back playing football.

“To win a premiership that year, after the start we had, was very rewarding for everyone involved.”

Brown’s volunteer efforts have mainly been focussed on the playing field, although he did spend time on the Pakenham committee during the messy transition from the West Gippsland league at the end of 2001.

“I enjoy the football side of things and I don’t think you should be wearing too many hats when you’re coaching to be honest,” Brown said, before explaining the reasons why he has stayed involved for the best part of 20 years.

“Sport’s a great thing and you meet a lot people that you retain some sort of relationship with for the rest of your life.

“And I just enjoy the team sport aspect where you come from all walks of life and band together for a common goal.

“And it’s nice to pick up the paper each week and read the names of the players you’ve had something to do with. It gives you satisfaction to know that in some small way you have played a role.”

Derrick Brown is certainly not one to sit back and bask in his own glory.