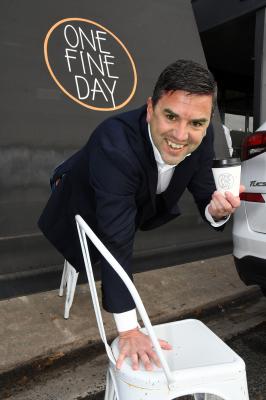 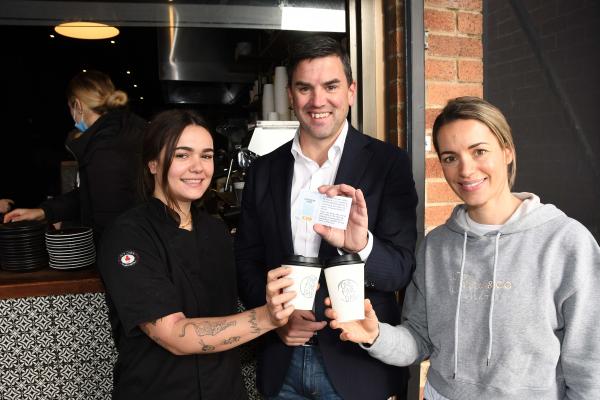 After the year we’ve all experienced, we’re all beginning to realise that looking after our mental health is equally as […]

After the year we’ve all experienced, we’re all beginning to realise that looking after our mental health is equally as important as keeping physically fit and healthy – and sometimes a little question or conversation can go a long way.

To help raise awareness and much needed funds for mental health organisation Headspace, Gembrook MP Brad Battin is paying it forward at local Beaconsfield cafe, One Fine Day, by buying coffees for the community and encouraging residents to donate their $5 coffee money to the charity instead.

Mr Battin, who is currently taking part in the ‘push for better’ push-up challenge alongside his staff, is hoping to raise money for the mental health organisation, but is also encouraging residents to check in with one another and start to normalise the conversation around mental wellbeing.

“I’ve been very passionate about mental health and promoting and starting the conversation,” Mr Battin said.

“Each morning I walk around here and I came past and I thought, ‘how can we get something going that’s a bit creative to get people talking about mental health, but also give them an opportunity to donate?’

So each morning I do come past, I buy 20 coffees and I give them one of these little cards and it’s just to create the conversation,” he said.

“So people can scan it, and it says to them, ‘I’ve paid for your coffee, if you want to donate the equivalent of the coffee to the foundation, together we can support HeadSpace nationally.”

Mr Battin said that the team of staff at One Fine Day had been quick to jump on board with the idea, and he hoped that this small gesture could help normalise conversations around mental health in the community and remove the stigma.

“If we have the conversation at coffee shops or at work, then it becomes normal and then people will feel ok saying, ‘you know what? I’m struggling at the moment, I need to do something about it’, rather than holding it inside and waiting.

It’s good to talk about mental health and it’s got to start somewhere,” he said.

Mr Battin and his team will be raising funds as they continue the push-up challenge, which will see them complete a whopping 3,318 push-ups over the span of 25 days – 3,318 being the number of Australians who died by suicide in 2019.

One Fine Day and Mr Battin will be continuing their coffee fundraising incentive until the challenge ends, on Friday 25 June, but are considering keeping it going every so often into the future, as they work towards creating a better headspace for all.