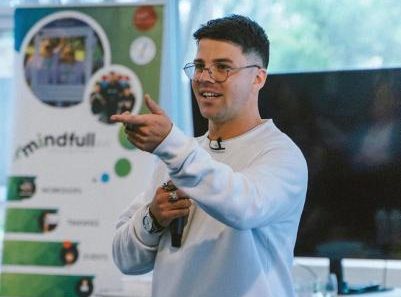 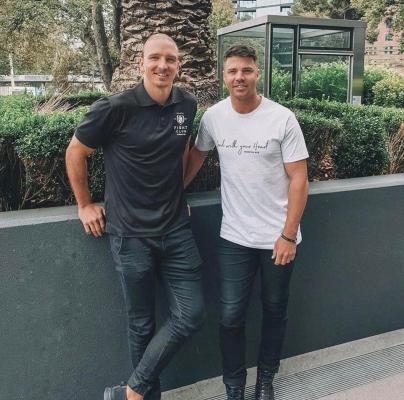 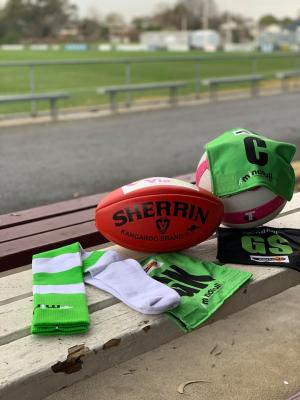 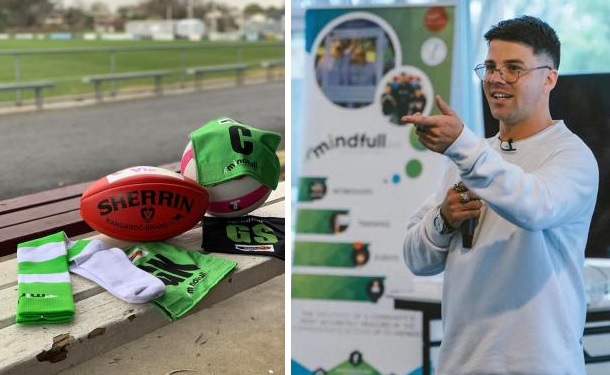 It’s no secret that sport is such an integral part of the Australian way of life. So what happens when […]

It’s no secret that sport is such an integral part of the Australian way of life.

So what happens when Australians can no longer go and take part in it, or ride the peaks and troughs of their teams’ fortunes as diehard fans?

Community sport has been put on hold for at least the next six weeks as Victoria continues its battle with the Covid-19 pandemic.

Local clubs – so often the lifeblood or epicentre of small towns, whole communities, or even booming suburbs – have gone quiet for now.

And with that comes a sense of the unknown, so what next for generations of people who spend so many hours a week either playing or following their community sport?

Matt Runnalls is a multiple premiership-winning midfielder from his time at a number of footy clubs in the local area.

His is a story that’s far from uncommon. In fact, it comes from a situation that’s so eerily similar to that faced by thousands of people across the country. But yet it’s one so often left alone – left unspoken under the guise of a 20-something-year-old’s perceived cloak of invincibility, or the fear or awkwardness of opening up.

Since he was 17, he’s battled severe anxiety and depression, which led to several suicide attempts. He’s also lost 10 close mates who were facing their own mental health battles and couldn’t find a way through the darkness.

So he refuses to shy away from his battle. He embraces it and hits people right between the eyes with his cold, hard, truth.

It even led to him starting his own foundation, and now a non-profit registered mental health charity, Mindfull Aus, in early 2016.

The purpose of Mindfull Aus is to encourage those to come out of the surrounding shadows of stigma via self-acceptance, greater education, and a greater understanding of mental health issues.

Runnalls has been recognised as an ABC Heywire Trailblazer (regional, rural, or remote Australians aged 18 to 28 with a commitment to improving regional Australia) and has some heartfelt advice for those struggling without their sense of community or belonging at such a challenging time.

“Sport is huge, and there are a lot of people right now aching because of losing that,” he said.

“When we miss out on doing the things that we truly love – whether we’re going through the Covid pandemic, or dealing with a season-ending injury – it’s often when we see a lot of people go through unbearable amounts of emotional pain.

“It’s really important we come up with tools, techniques, and strategies within our arsenal that enable us to get through those difficult times and to help us realise we’re supported during those times.”

Runnalls said human beings are wired for love, belonging, connection, and a sense of contribution – and community sports provide all of those.

“For a lot of blokes, their footy club is where they feel love, belonging, and connection,” he said.

“As we see a lot of footballers explain, it’s a place where we get to escape for a few hours on a Saturday and the only thing that matters is that leather Sherrin.

“Unfortunately when we don’t have that ball to chase around right now, that’s when our heads start to wander.”

Runnalls said sport is a form of expression – almost an art form – for many young people who associate it with a sense of identity.

“You know there’s comfort there, and you know you’re going to get a laugh or a smile when you’re with other people,” he said.

But, at least for now, there’s a new kind of normal to adjust to.

“With physical isolation and what we’re experiencing right now in not being able to go to training and not being around people, we start to get into some really bad and negative habits of sitting inside, not exercising or doing the things to keep our bodies flowing and moving,” he said, adding that staying physically active as much as possible – while responsibly distancing from others during the pandemic – is key.

“The ability to move creates endorphins and releases them throughout our systems, which releases happy chemicals that make us feel alive.

“That’s why the physical correlation to mental health is so important for everyone.

“It’s not just a game – it’s far more than that – and we’re seeing that right now with how many people are hurting and just wanting to go back and do the things they love. What I really hope is that people don’t take this time for granted – that we use this opportunity to recognise just how important these things are to our lives, and while we can be a part of them, it’s best that we are.”

Knowing the positive impacts of exercise, and socialising – albeit through non-traditional means – Runnalls said it’s imperative they’re maintained over the coming weeks of the Covid-19 battle.

“We know the impacts of exercise and we know the impacts of socialising with our mates, and it’s just about trying to keep them in tact in some way and keep that routine and structure that we have and do throughout a football season, so let’s not fall back into bad habits,” he said.

“Let’s lace up the runners, let’s go for a run – keeping our distance. There are different ways and means of keeping the body moving, and there are also ways we can build our emotional six-pack, and I think that’s really important.

“The same way we go to the gym to look good and build muscle definition is the same way we need to build emotionally for our minds.

“It’s things like practicing gratitude and putting life into perspective – what we’re going through is incredibly tough, it is, but things could be a lot worse, and we’ve still got a lot of beautiful things around us that a lot of people go without.

“It’s about putting life back into perspective and practicing gratitude every day, and there are plenty of means and ways to do that.”

Runnalls also spoke about the significance of mindfulness in such a challenging period.

“There are so many thoughts racing through people’s heads at the moment because, for the first time in a lot of people’s lives, they’ve had to slow down,” he said.

“This is a really good opportunity to go back and practice stillness and slow those thoughts down.

Now, more than ever, proper nutrition, rest, and exercise are key.

“It’s pretty easy, while we’re at home at the moment, to sit there and binge and do the things we wouldn’t normally do,” Runnalls said.

“What’s happening is horrific, challenging, and bizarre but in many ways we have to look at it like it won’t happen again, so while we’re here let’s make the most of it – let’s make the most of the opportunity of having a bit more time on our hands to pick up the phone, or go online to reach out to people who might be struggling.

“Let’s not be set on waiting for people to reach out to us, either. We see that message all the time – ‘I’m always here and my door is always open’.

“But sometimes people don’t need to just hear that or read it – what they need to do is experience it. We need to start reaching out as people who care, and not expect people who are struggling to scream it from the rafters because it often won’t happen.”