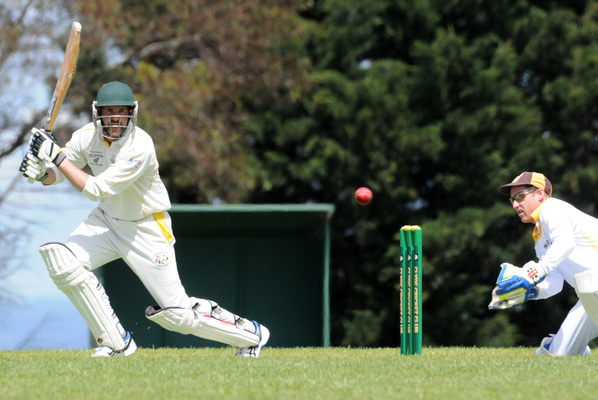 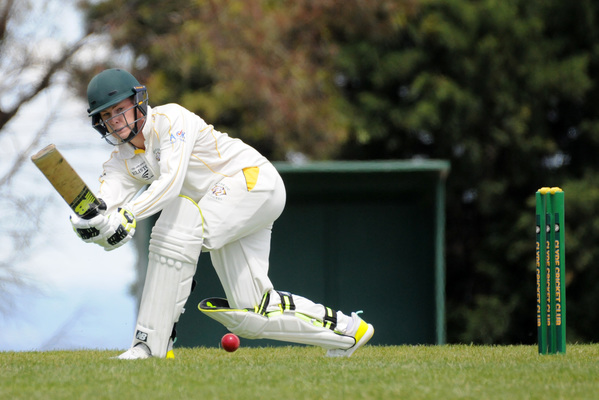 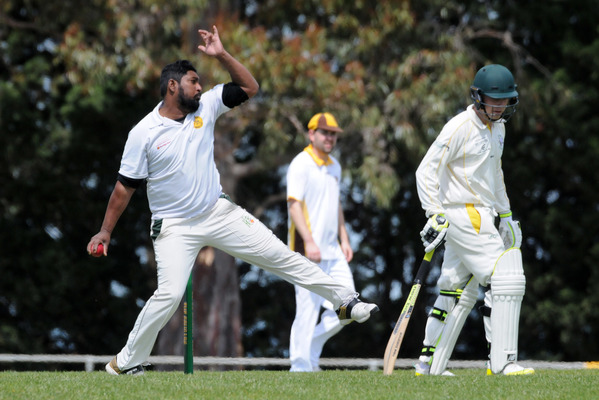 Upper Beaconsfield claimed a tight win in its clash against Carlisle Park on Saturday.

After the Maroons set a solid 239 last week, Carlisle Park was off to a strong start with both openers getting solid starts.

But consistent wickets through the middle order and three ducks ultimately hurt the Vikings in the big chase – falling just seven runs short in the end.

David Nutting (52) notched yet another half-century, averaging an impressive 61 this season so far.

The win for the Maroons has seen them jump the Vikings and into third place on the District ladder.

Officer, meanwhile, claimed an impressive outright victory over Emerald to boost its season before the Christmas break.

In the second dig, the Bombers were in some strife again, at 8/90, and only leading by 69.

But two incredibly crucial performances by the tail had the Bullants working for the outright win.

Number 10 Darcy Hellriegel struck a season-best 42 to boost his team’s lead heading into the final innings of the match.

The Bullants were set 180 for victory in the second innings for an outright win in just over 40 overs, essentially changing the final half of the day to a one-day fixture.

As the wickets fell continuously at one end for Officer, gloveman James Parnall scored his second career ton with a brilliant 101 not out, guiding the Bullants to a close two-wicket win in the second innings.

With the ball, the evergreen Clinton Marsh bowled beautifully, claiming 5/26 from 10 overs.

Pakenham Upper/Toomuc secured victory against Clyde on the first innings, but for Clyde good signs with the bat came from the second day, even if they were a week late.

The Yabbies went into the second day with the intent to score. Star all-rounder Sahan Wijeratne finished on 88, while tailender Luca Plozza scored 32.

Landing a 117-run lead, the Yabbies sent the Cougars back in for an attempted outright victory.

But the Cougars held firm with the bat and moved past the deficit only one wicket down as Warwick Weir (45 not out) and Anthony Galley (43 not out) proved difficult to remove.

Both captains decided to call the match early as the Yabbies walked away with first innings points.

Pakenham Upper/Toomuc remains atop of the District ladder, ahead of Officer – which is now only four points behind, courtesy of its outright win.

A cliffhanger between Cardinia and Cranbourne Meadows certainly played out at Cardinia Recreation Reserve on Saturday.

After bowling the Rebels out for 73 on day one, the Bulls were in some serious trouble in their reply.

At 5/65 the Bulls swiftly lost 4/5, including the set Brad Tanner (33), going down with only four required for victory. Harry Singh did the damage with the ball, snaring 6/27 from 17 overs.

The Bulls ultimately stumbled over the line with one wicket in the shed – a huge scare for Cardinia as only Tanner and Craig Boswell (11) could manage double figures.

The Rebels went in to have another hit in the second dig and mounted another scare for the Bulls in an attempt for a reverse outright.

The Rebels piled on 8/164 after 45 overs, with Pawandeep Singh amongst the runs again with 72.

The Demons were defending last week’s total of 225 and got off to the perfect start when Arie Hazendonk castled Bullants opener Steve Pursell with only nine runs on the board.

The wickets continued to tumble for the Bullants, while Daryl Hargreaves held firm with 57.

With the ball, Demons skipper and club president Matt Davey was tidy once again with the figures 2/19 from 13. The performance moves his bowling average for the year to nine.

Lang Lang flexed its muscles against Merinda Park in a commanding outright victory.

After bundling the Cobras out for 115, the Swamp Tigers put Merinda to the sword in its bowling innings.

Niran Warnakula recorded an unbeaten 117, and after 64 overs, the Swamp Tigers chose to have another bowl with a lead of 96.

It was the same old story for the Cobras in the second dig, bundled out for 105 in 39 overs.

Alex Giacco claimed 5/17 with the ball from his nine overs in the second innings, making it seven for the match.

Jess Grima and Niran Warnakula got the job done inside two overs to claim the double points for the Swamp Tigers.

Tooradin skipper and club president Ben Mantel whacked his side to victory with an unbeaten 107 against Pakenham.

The Lions posted 9/198 last week and didn’t get off to the greatest start with the ball as both Gulls openers got starts, with Owen Johnstone going on to score 58.

When Mantel walked to the crease at 3/117, he lost his first partner straight away as the wheels shook a little bit.

But he steadied the ship and guided his side home with his fourth career ton.

After an outright victory, Lang Lang sits 14 points clear on top of the Sub District ladder, ahead of Kooweerup. 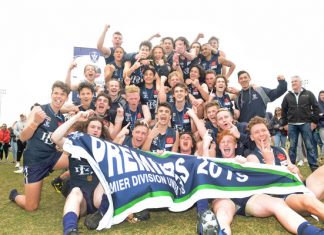