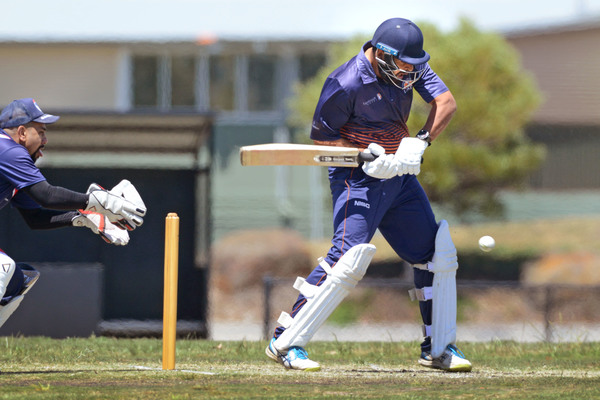 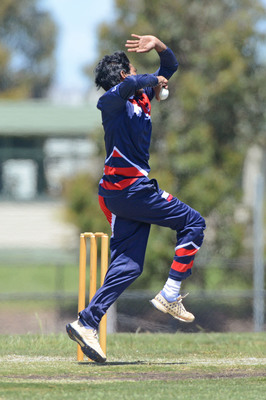 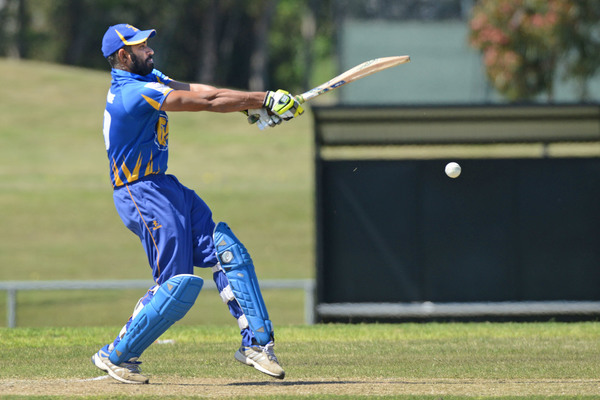 DDCA TURF 2 AND 3 REVIEW – ROUND 5 TURF 2 Simply astonishing. The firepower, the concentration, the brilliance. Dandenong […]

The firepower, the concentration, the brilliance.

Dandenong West skipper Hari Krishan produced one of the great performances on the weekend, blasting 193 off 124 balls in a 40-over one day clash against Lyndale, ultimately guiding the Westers to a win.

In a performance that is almost inconceivable, Krishan took the Dales to the cleaners in an extraordinary showcase of skill and dare, blasting a century for the ages.

The Westers burst into the top-four after its dominant effort, winning the toss and finishing with 6/294, where Krishan was the star of the show from the moment the first ball left the opening bowler’s arm.

The classy opener blasted 17 fours and 12 sixes in a brutal innings at Greaves Reserve, with the Dales unable to cope with his almost seamless ability to lift the ball well over the rope. In total, Krishan whacked 140 runs in boundaries.

Krishan was astonishingly dismissed with a couple more overs left and could have nearly registered a double-ton, but Gurpreet Singh’s unbeaten 33 at the back-end of the innings ensured his side would be almost unbeatable with an in-form bowling attack and a mountain of runs to defend.

The Dales tried valiantly to keep up with the run-rate but were eventually rolled for 193 with four balls left to spare, with Noman Khan (3/53) and Peter Atkinson (2/31) doing the bulk of the damage with the new ball.

Brendan Ash and Farazur Rahman each struck 45 for the visitors with the bat.

Down at Perc Allison Oval, a completely dominant Cranbourne inflicted Beaconsfield with a hefty loss.

The Tigers came into the clash without a loss so far this season, but were cleaned up for just 54 in 27.3 overs after being sent in to face the music.

Jordan Margenberg (4/12) starred with the ball with a flattening middle-overs spell, while the ever-consistent Cam Kelly snared 2/8 from his five overs.

It didn’t take long for the Eagles to register a dominant win, with skipper Sandun Dias (29 not out) ensuring there would be no hiccups as the visitors got the runs with eight wickets still left in the shed.

Parkmore Pirates are beginning to shape as one of the teams to beat, this time knocking off Narre Warren at home and showcasing ruthlessness to their cricket.

After winning the toss and batting, the Pirates racked up 9/191 from its 40 overs, with Amal Athulathmudali cracking a brilliant 110 to continue his brilliant start to the Turf 2 season.

The Magpies just couldn’t find much flow to their batting in the run-chase, with spinner Jack Hogarth (5/13) backing up his bag of 6/26 the week prior with another brilliant effort, while Athulathmudali – with plenty of momentum carried over from the bat – took 4/19 as the visitors fell for just 87.

Skipper Janaka Liyanabadalge top-scored with 33 for the Magpies.

And Dingley (6/173) continued its strong start to the season by defeating Narre North (134). Christo Otto (57) and Milan Rathnayaka (5/36) both had strong days for the Dingoes.

Keysborough – off the back of its skipper Jackson O’Brien – sit top of the table after five rounds after dispatching Springvale at Rowley Allan Reserve.

O’Brien crunched a brilliant unbeaten 126 from the middle order for the Knights, with the home side racking up 5/226 after being sent in by the Demons.

It’s the skipper’s first century for the club since crossing over from Dingley at the beginning of last season.

The Demons stood no chance in the run chase, rolled for just 84 with Daniel Banhidi (6/37) absolutely starring with the new ball in a devastating spell.

Lynbrook was another side to have an excellent weekend in Turf 3, with the Lakes defeating Silverton at home.

The Lakes – who have been a bit of a surprise packet this season so far – were excellent with the bat, scoring 194 in its 40 overs off the back of 58 from Varun Singh and a vital 42 from skipper Chris Jarrett.

But it was with the ball that the home side showed it’s got what it takes to be right up there this year, with Jesse Walia (3/32), Varun Singh (3/13), Medie Dala (2/26) and Ismatulla Shariffie (2/11) all getting in the wickets in a terrific all-round team effort.