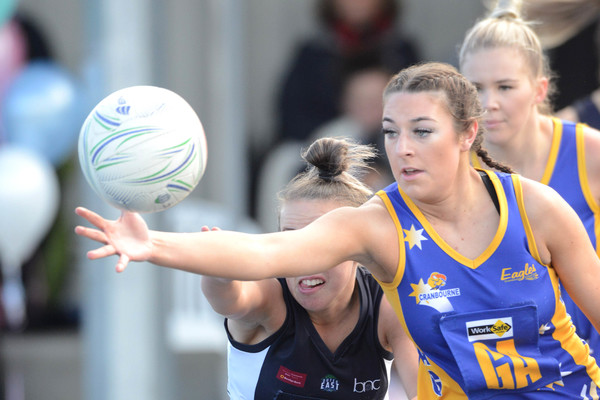 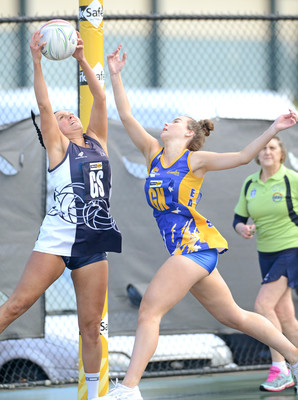 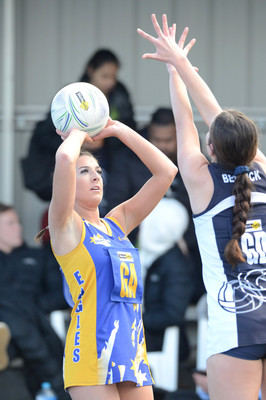 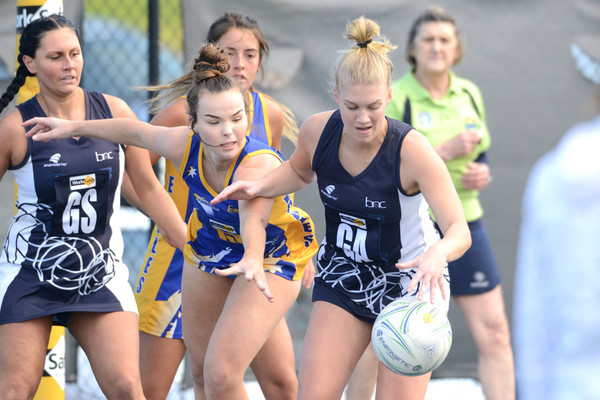 OUTER EAST NETBALL REVIEW – ROUND 15 PREMIER The much anticipated top-of-the-table clash between Olinda Ferny Creek and Beaconsfield didn’t disappoint – and it wasn’t even the high-quality netball that stole the show. A heavy dumping of snow at Olinda Recreation Reserve overnight and on Saturday morning meant it was initially unsure if play would […]

The much anticipated top-of-the-table clash between Olinda Ferny Creek and Beaconsfield didn’t disappoint – and it wasn’t even the high-quality netball that stole the show.

A heavy dumping of snow at Olinda Recreation Reserve overnight and on Saturday morning meant it was initially unsure if play would go ahead.

But thanks to the hard work of volunteers, the snow was ploughed and quality netball soon followed.

In the toughest match the Bloods have had all season, a 43-36 win for the home side proved that the competition is hot on the tails of the Premier Division dominators.

The only other close game they have had this season was the last time they played the Eagles, which ended in a 19-goal win for the Bloods.

Freezing cold conditions didn’t appear to disrupt either side as both came out of the blocks firing.

It was the Bloods who took advantage of their opportunities early, taking a two-goal lead into quarter time. They slowly built on this lead throughout the rest of the game, undeterred by continual pressure from their hungry opponents.

Despite the loss, the Eagles will take plenty from the fact that they are edging closer to the ladder-leaders.

With the Eagles recording their third loss for the season, Cranbourne snuck itself into second place after toppling Berwick 49-27 at Edwin Flack Reserve on Saturday.

Despite putting up a fight early, and being only four goals down at half-time, the Wickers were unable to retain their effort throughout the entire game. The Eagles kicked into gear during the second half and blew the margin out to 22 goals by the final siren.

In other Round 15 games, Upwey Tecoma barely got over the line with a 48-43 win over Wandin and Woori Yallock proved too strong for Healesville, taking a 52-32 win.

A rampant 13-goal final quarter saw Warburton fight back and steal the win, 40-35, against Pakenham on Saturday afternoon.

The tone of the hard-fought battle was set early, with scores equal after the first quarter, before a nine-goal second quarter from Lions’ shooter Kyra Esler would help the Lions edge in front by two-goals at half-time.

With both sides scoring eight goals apiece during the third term, the Lions looked set to hold onto their narrow lead.

But the Burras – sparked by a commanding attacking end – had other things in mind.

The combination of Kirralee Luiyf (16 goals) and Bianca Daniels (24 goals) in the goal ring with the help of Ashlee Guerra on the circle’s edge dominated the final quarter and helped propel the Burras to victory.

The win for the Burras not only sees them continue their recent run of good form but also improve their ladder position.

They now sit on equal points with the fourth-placed Lions, separated only by percentage.

In other games across the round, ROC and Mt Evelyn continued to dominate with wins over Emerald and Belgrave, respectively.