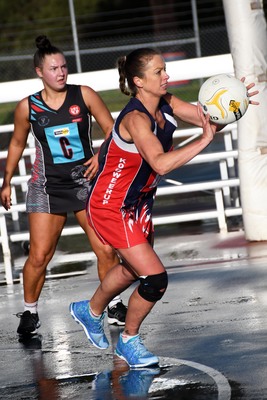 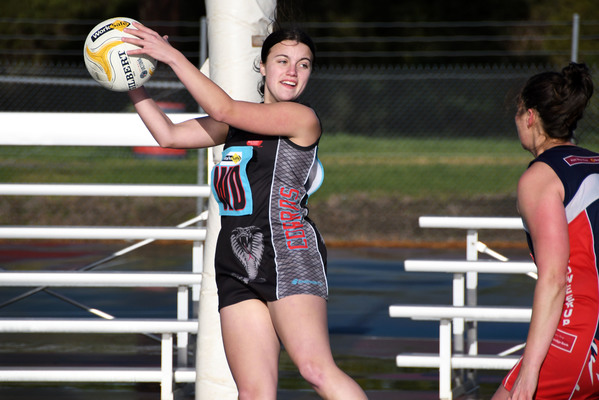 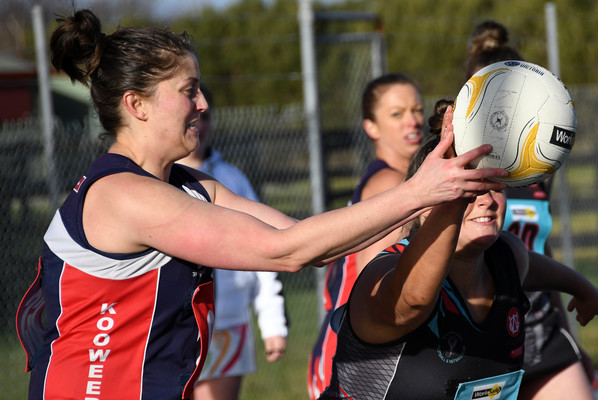 WEST GIPPSLAND FOOTBALL NETBALL COMPETITION REVIEW – ROUND 14 The battle for a top-five position between Inverloch Kongwak and Bunyip proved to be the game of Round 14 on Saturday, with the Bulldogs coming from behind to record a narrow three-goal win away from home and hoist themselves into a finals position… for now. A […]

The battle for a top-five position between Inverloch Kongwak and Bunyip proved to be the game of Round 14 on Saturday, with the Bulldogs coming from behind to record a narrow three-goal win away from home and hoist themselves into a finals position… for now.

A see-sawing affair saw the Sea Eagles head into the final quarter with a one-goal lead, but the Bulldogs showed plenty of bite and battled until the final siren. In a hard-fought fourth quarter, Bunyip clawed back the lead to finish with a 48-45 win.

Impressive Bulldogs goal-shooter Jasmin Mackie had another standout performance with 46 goals, taking her total tally to 472 and an average of 39.3 goals per outing.

The win catapults Bunyip up to fifth place with a handy one-game buffer over six-placed Inverloch Kongwak, but the Sea Eagles will take plenty from the game. The tight encounter proves that a finals berth between the middle teams is still anyone’s game.

Top-tier side Dalyston solidified its position as one of the benchmarks of the competition with a strong 50-37 win over Nar Nar Goon. After a solid start to the game, the Magpies never looked back, extending their six-goal lead at quarter time to 13 goals come game’s end. In-form goal shooter Jarney Thomas was influential with 35 goals, while goal attack Britt Thomas pitched in with 15 goals.

Dalyston now sits comfortably in second-place as the side heads into the final rounds – one game clear of old rival, the third-placed Korumburra-Bena.

In it’s 14th win for the season, Tooradin-Dalmore remained undefeated after toppling Kilcunda Bass 47-21. The Seagulls have dominated the competition all season and they looked no different at home on Saturday.

The Panthers took it up to the ladder-leaders early in the game, down by only three goals at half-time. But a commanding third-quarter from the Seagulls soon shattered all hopes of a potential upset. The Seagulls shot 20 goals to the Magpies’ three during the third term and that was all they needed to remain two games clear at the top of the leaderboard in a brilliant inaugural WGFNC campaign.

Kooweerup edged closer to the top five after winning a close encounter with Cora Lynn. There was nothing separating the two sides at half-time, both nailing 21 goals apiece. But a dominant third term from the home side was enough to get it over the line and finish with a 38-32 victory.

In other games across the competition, Phillip Island scraped through with a tight 37-33 win over Garfield, and Korumburra-Bena ensured it remained within striking distance of the top two sides with an assertive 51-39 win over Warragul Industrials.

Round 15 is shaping up to be a vital round for a number of teams, with finals on the horizon. One to watch will be the clash between Korumburra-Bena and Inverloch Kongwak. The Sea Eagles will be desperate to notch a win and ensure they remain within realistic reach of the finals, while the Giants will not want any mistakes risking their comfortable third place standing. Both Bunyip and Kooweerup will also want to capitalise on playing lower-ranked sides in Garfield and the rebuilding Phillip Island, respectively.