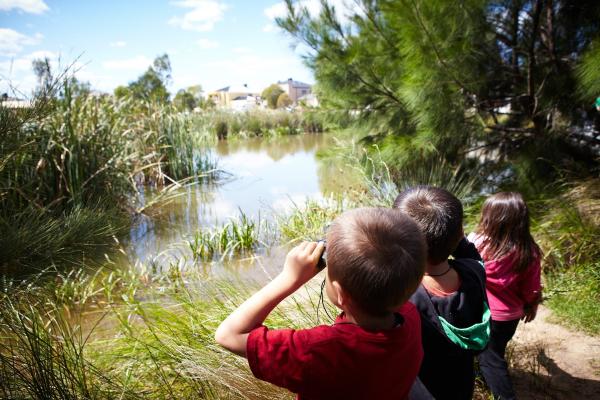 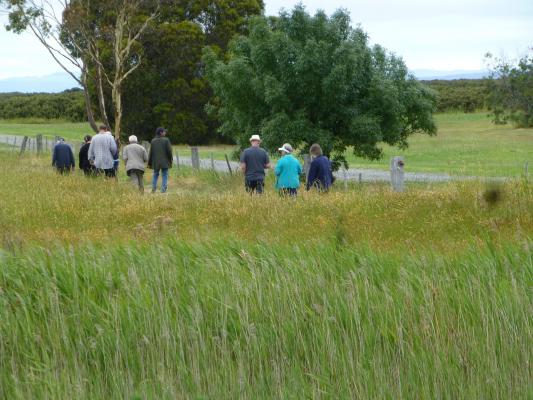 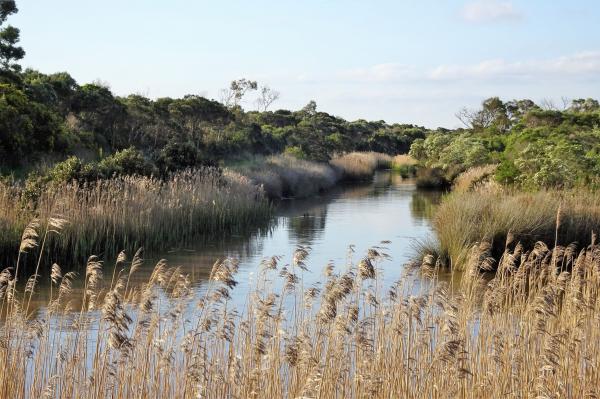 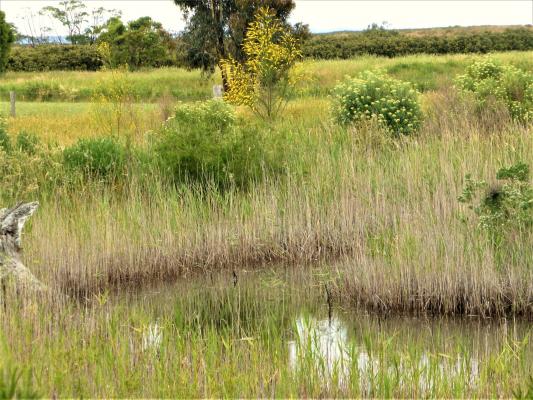 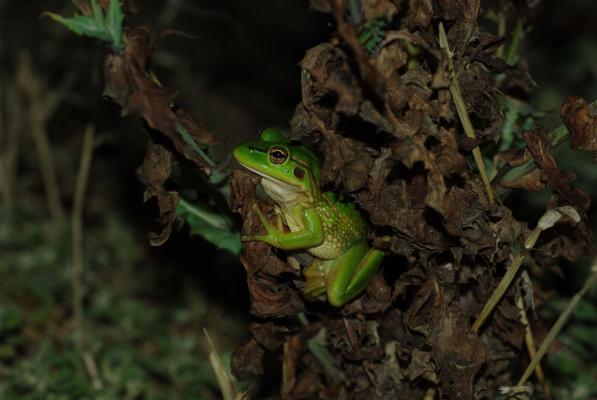 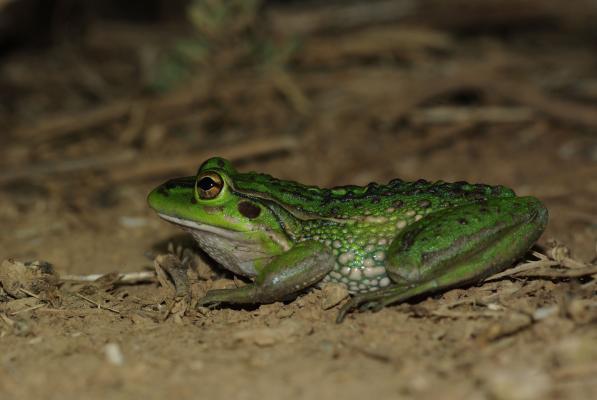 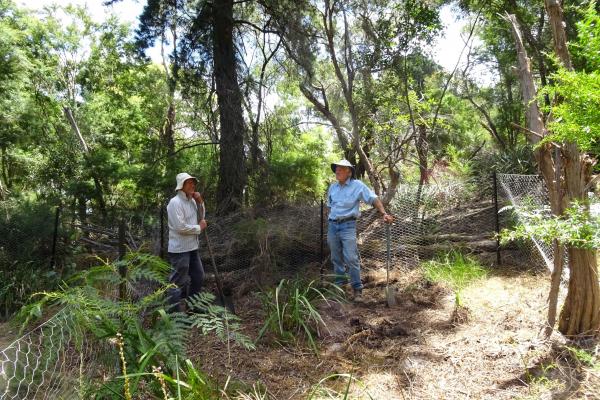 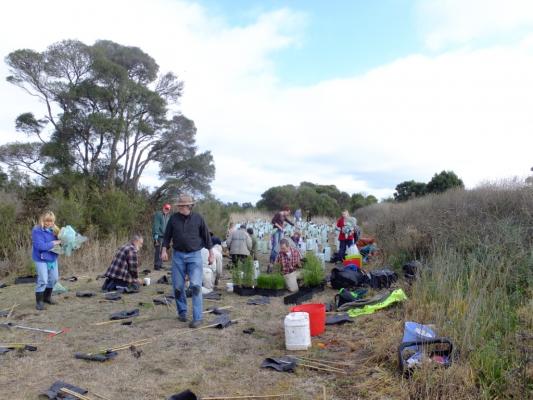 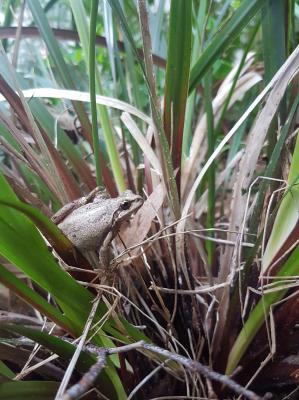 The rainy spring weather may not be everyone’s cup of tea, but our local amphibious friends are having a splashing […]

The rainy spring weather may not be everyone’s cup of tea, but our local amphibious friends are having a splashing good time! For two decades now, Melbourne Water’s community-based frog monitoring program, the ‘frog census’, has been a huge hit and budding young scientists and frog-lovers alike are being encouraged to get out and see how many frogs they can spot in their own backyards once again. GABRIELLA PAYNE has more.

If you’re looking for a fun new activity to hop into with the family – look no further.

It’s time to whip out your binoculars, pull on your gumboots and get croak-ing, as locals are encouraged to take part in one of Melbourne Water’s most popular volunteer programs – the frog census!

Having started back in 2001, this year the frog census is marking its 20th anniversary and over the years, Melbourne’s citizen scientists have helped discover and monitor a huge number of our unique froggy friends.

Melbourne Water’s Waterwatch Coordinator, James Frazer, said that over the past two decades, almost 14,000 frog reports had been submitted by dedicated volunteers to the frog census – a remarkable achievement.

“Frogs can be found all over Melbourne and they play an important role in the waterway ecosystem – 20 years of frog census data proves this,” Mr Frazer said.

“Importantly, this amazing group of people have detected rare and endangered frogs such as the growling grass frog, southern toadlet and bibron’s toadlet at a number of Melbourne sites.

“Our communities have also been instrumental in helping identify priority locations for conservation efforts including improving habitat and water quality,” he said.

They may be tricky to spot sometimes, but the president of the Westernport Swamp Landcare Group, John Boekel, said that it’d be hard to miss the cacophony of frog sounds that can be found in the Cardinia Shire if locals went out looking.

“You’re less likely to see them, but more likely to hear them,” Mr Boekel said.

“This time of year is their breeding season, so just about anywhere where there’s a bit of water, they’ll be out calling.”

With swamp lands and many bodies of water found all throughout the Cardinia Shire, there are a number of spots that our frogs could be frequenting – and Mr Boekel said that the optimal time to hear them (or see them) would be towards evening time.

“The most common frogs people might see in our area are the striped marsh frogs, spotted marsh frogs, common toads and the pobblebonks (the eastern banjo frog), and while they can call during the day, they seem to call more commonly at night,” he said.

Mr Boekel said that growling grass frogs used to be quite commonly found in the Cardinia Shire when he was growing up, but unfortunately they were now listed as a threatened species and were a bit harder to spot – but could still ‘hop’ by if frog-spotters were lucky.

He said that as a landcare group, it was great to see initiatives like Melbourne Water’s frog census inspiring people to get out and about in our beautiful landscapes, as it was not only a fun activity for locals, but also a valuable source of data collection that would help protect native species for years to come.

“If people have got any interest in frogs or are curious to identify what’s been calling outside, then it’s definitely worthwhile getting involved,” Mr Boekel said.

“And the other thing of course is that by doing the Melbourne Water frog census, it adds to the overall body of knowledge of what’s happening over time.

“For example, we might have 50,000 calls of a particular frog in one area and then later on down the track you might get only two, so then you would say hey, hang on, something’s a-miss here,” he said.

“They can be very sensitive to changes in the environment, so it’s good to keep track of what’s going on with our local species.”

Thanks to modern technology, the frog census is now incredibly easy to access and use, thanks to the development of Melbourne Water’s frog census app and Facebook page five years ago.

The interactive app is a great place for citizen scientists to log their photos and frog sound recordings and with around 4,000 people currently using the app – there’s a great variety of native frog life on display for you to compare and help identify what’s living in your own backyard.

“The frog census app has made our program even more accessible to the community as it allows volunteers to simply open the app and press record to capture the sounds of frogs enjoying their habitats,” Mr Frazer said.

For more information on the frog census and how to get involved, head to https://www.melbournewater.com.au/ and search ‘frog census’. 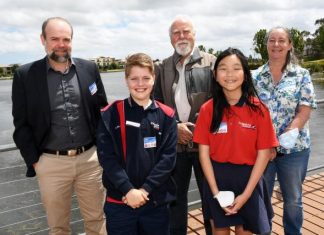