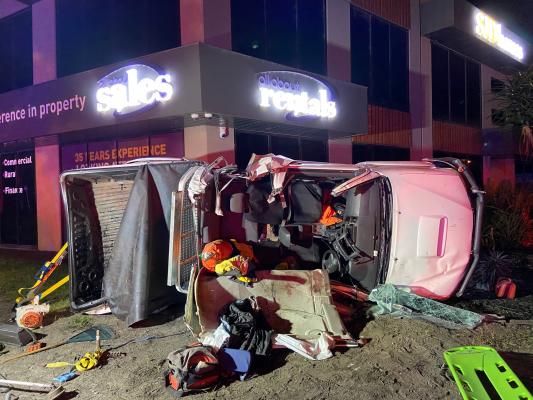 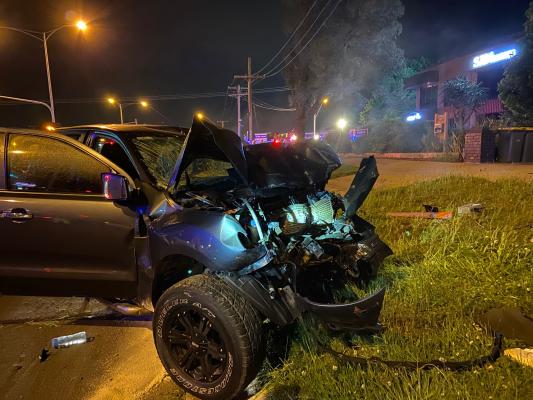 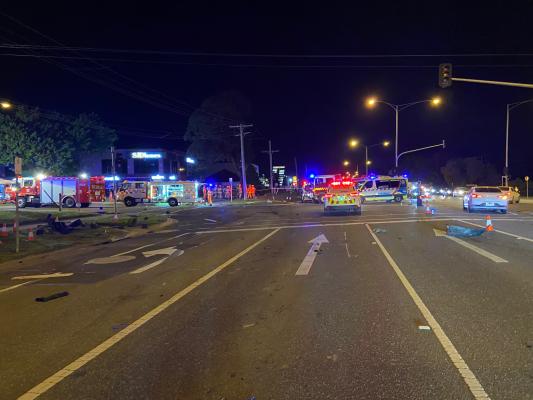 Emergency services were called to a two-car collision in Officer about 8.30pm on Thursday 22 October. A white Toyota Hilux […]

Emergency services were called to a two-car collision in Officer about 8.30pm on Thursday 22 October.

A white Toyota Hilux drove off the Princes Highway, rolled multiple times and landed in front of the SJD Homes building near Tivendale Road.

After discovering the vehicle on its side, Pakenham SES and Nar Nar Goon CFA volunteers freed one of the two occupants using hydraulic tools.

Meanwhile, the driver of a dark grey Ford Ranger escaped serious injuries after his vehicle slammed into a power pole.

Three men were taken to The Alfred with upper body injuries.

A man in his 40s was in a serious condition.