Primary and secondary school students are being encouraged to enter the 2020 Parliament Prize competition. Entries are now open for […]

Primary and secondary school students are being encouraged to enter the 2020 Parliament Prize competition.

Entries are now open for the Parliament Prize competition for Victorian students in three categories: Years 5-6, 7-9 and 10-12.

The Nationals Member for Eastern Victoria Region Melina Bath is inviting students to submit a video of a 90-second statement they would make to Parliament if they were a Member of Parliament.

A member’s statement is an opportunity for elected members to make a brief statement in Parliament of no more than 90 seconds on matters of interest and concern to them and recognise people living in their electorate.

“During 2019 we had some brilliant entries from students from schools across Gippsland,” Ms Bath said.

“We have creative minds and passionate and engaging young students in Gippsland.

“I would love to see our region represented once again and another local student win a Parliament Prize in 2020.”

Cash prizes are up for grabs for students and schools, including an award of $1000 made to each first-placed student’s school which can be used to promote civics and citizenship and law-educated curriculum.

The winners will be announced and presented with their prizes at a presentation at Parliament House.

Full competition details are available on the Parliament website and any questions can be directed to education@parliament.vic.gov.au.

Entries are due by 5pm on Friday 14 August. 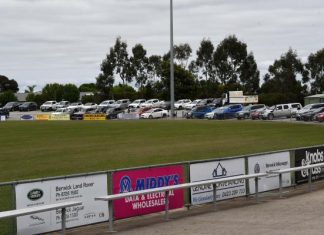