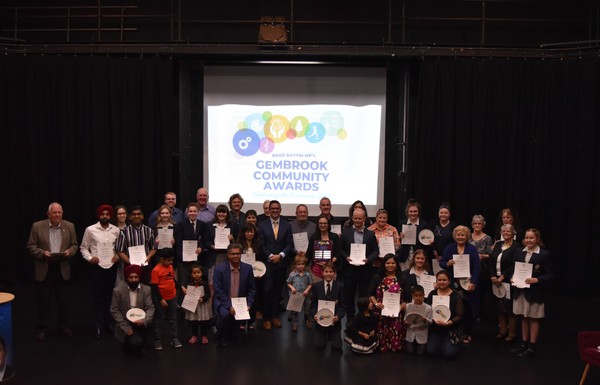 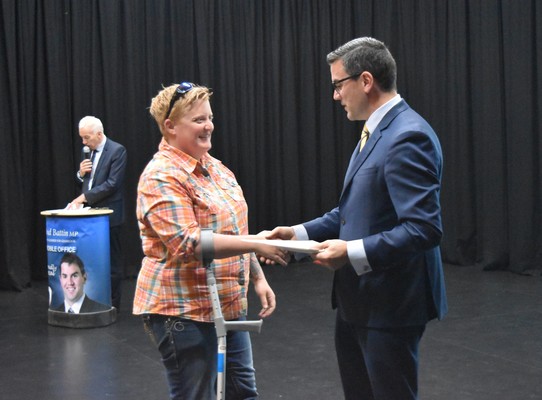 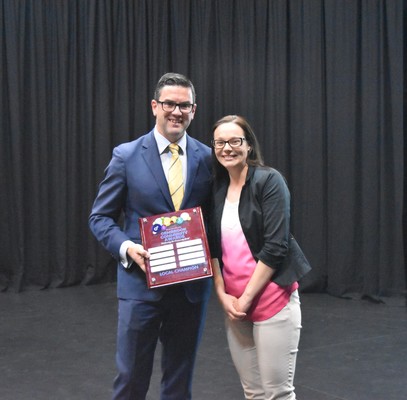 The community of Gembrook has seen more hardship than most. In the past year they lost a communal pub and […]

The community of Gembrook has seen more hardship than most.

In the past year they lost a communal pub and a beloved resident. But the people who live there foster a shared passion to improve their township and create a unique community where everyone works together, supports each other, and achieves success together.

On 1 October, those people were recognised at Brad Battin’s Gembrook Community Awards.

Mr Battin presented 36 local community members with a specially made Robert Gordon Gembrook Plate, to thank them for their hard work.

Now in her fifth year as treasurer and bar manager at the Gembrook RSL, Carol Thompson was recognised for the 5000 man-hours that she has dedicated to the RSL.

“As well as running the RSL she has organised and managed the four Anzac and Remembrance Day ceremonies, and is the true back bone of the RSL,” Mr Battin said.

On the night, a special tribute was made for Gembrook resident and young mum Melissa Williamson, who was recognised as the overall local champion.

Ms Williamson received the Local Champion Shield for her involvement in setting up the CJD Fun Run in Emerald, which is raising money for Creutzfeldt-Jakob disease.

M Battin said she was a strong advocate for getting young kids into the outdoors and was a worthy and humble awardee.

“We are lucky to have so many wonderful members in the Gembrook Electorate who selflessly go the extra mile to build a stronger community,” Mr Battin said.

“It was inspiring for all on the night to hear the amazing work each awardee contributes for their community, expecting nothing in return and celebrating their hard work.”

“I look forward to hosting the Awards again next year and shining a light on our local champions.”

Search on for missing man with autism

25/09/2020
A search is underway for a missing Beaconsfield man with autism. Benjamin Thompson, 31, is understood to have left his Amelia Street home at about...

No jail for consent case