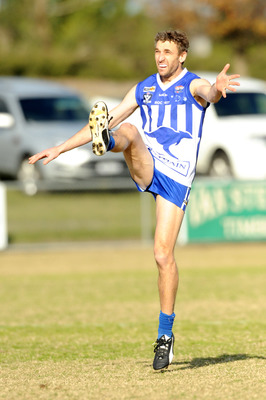 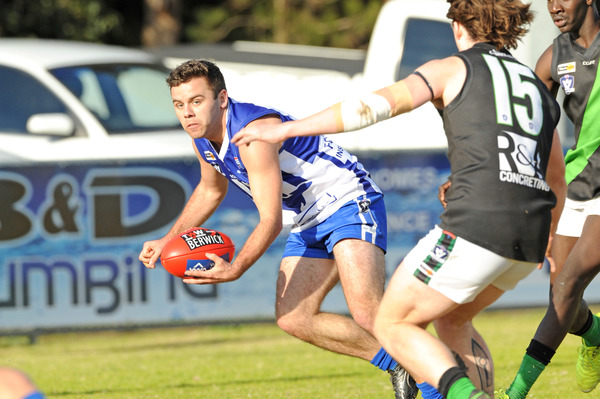 Make no mistake about it, this was a must win game for Officer’s finals aspirations.

Regardless of the opposition, the Kangaroos simply had to find a steadying win to keep six points clear in fifth ahead of Pakenham, and eight points clear of Tooradin-Dalmore.

While it was a crucial four points against Doveton, a side who are limping their way to the end of the season, it now means the Kangaroos are one step closer to breaking their finals drought, and anything can happen when you make it.

After allowing the Doves plenty of space early, the Kangaroos – in front of a home crowd filled with Life Members – managed to steady late to take in an 18-point quarter time lead.

The Kangaroos managed to build on their lead in every quarter, taking in a 27-point half time lead, extending that to 36 at the final change before slamming on seven last quarter goals to lift their percentage, which may prove crucial.

It was a workmanlike performance from the Kangaroos, who have now lifted some of the pressure that was placed on them.

Speaking at a pre-game function, Kangaroos coach Doug Koop – who has recently re-signed for three years – said the club is staring finals in the face for the first time in a long time, in a sign of his side’s progression.

“My job is to try and take us out of the demise that we’ve been in for a long time, and we’re certainly working on that,” he said.

“We like to think we’re making progress – unfortunately, in such a lop-sided competition it makes it difficult to show those results.

“We’re the best of the rest at this current point in time, and if we can continue some reasonable form, we’re going to play a final, which is something we haven’t done for a very long time.”

The Kangaroos’ forward half certainly found some much needed form against the Doves, with highly rated Will Hanson (six goals), the returning Matthew Clarke (four), Jayce Valentine (three) and veteran Ben Tivendale (two) each hitting the scoreboard, while the defence managed to steady after conceding two early goals.

There were certainly some winners on the park for Daniel Charles’ Doves, with Matt Stapleton continuing his fine season with three goals, while champion big man Russ Gabriel was impressive against Sean Roach.

Both sides will enjoy a week off this weekend, with Officer to play Cranbourne on 28 July and Doveton to travel down to play Tooradin-Dalmore.