By ANEEKA SIMONIS WHEN Janice Ablett took in her friend’s son, spiralling out of control with a life-ruining ice addition, […]

WHEN Janice Ablett took in her friend’s son, spiralling out of control with a life-ruining ice addition, she had no idea what was to come.
But after three difficult months spent cleaning up the 32-year-old man, the Drouin woman decided she has the power to extend her care from the home and into the community.
Janice is the founder of a rapidly growing initiative, the Ice Melt Down Project, which has fast gained the support of many concerned residents who want to clean up their town.
The group, which can attract up to 150 attendees at their fortnightly meetings on Sundays, meets to create a safe space for ex-addicts to talk about their experience as well as build a community front against the dangerous substance.
“Ice is now not a dirty word in our community. It’s nothing to be ashamed of but this drug is dangerous and we are all about creating awareness.
“All up we have five clean at the moment and another three on board in recovery,” Janice said of the people she had supported through their addiction.
The group, whose commitment to sufferers is mostly funded out of their own pockets, is working towards creating a greater reach.
“We want to establish a rehabilitation facility in this community, as this drug is running rampant in our streets.
“We are hoping to start an outreach program, group therapies … we have counsellors on board 24/7 to help anyone in this predicament (who offer) unconditional support and (are) non-judgemental,” the project’s Facebook page, which has the support of over 4200 people, says.
Her action comes after shocking statistics revealed the daily number of amphetamine-related ambulance attendance in 2011-’12 increased by 198 per cent in regional Victoria across 2012-’13.
Support for the group has been flooding in from across the country, with ice-affected communities looking to form their own front against the drug.
“I get phone calls from Tasmania, Queensland and Perth.
“The problem is Australia wide and (callers) want to know how we do it so they can help keep (addicts) at home and detox them off the drug,” Janice said.
A touching, anonymous story on the group’s Facebook page illustrated the need for more groups to lift the veil on the ice epidemic.
“My son was addicted to this drug for two years. He turned to it once he lost his daughter to SIDS … his whole world was torn apart – his marriage, his job, everything because of ice.
“One day 14 months ago I received a phone call from him and he asked for help, so as any parent would do I drove four hours and picked him up.
“What a mess he was … he was skin and bone, lost to this drug but now 14 months later he has his life back and custody of his 12-month-old son.
“It was a hard road but he survived it with family support. I wish I had someone like this page back then to help him through,” a mother wrote.
But Ice Melt Down Project’s high hopes for a regional rehab centre come with high costs.
The group is currently in the process of registering their not-for-profit care initiative which will allow them to qualify for much-needed funds.
The group, which operates out of the Maxfield Hall in Drouin, held a fund-raising sausage sizzle out the front of the local Coles Supermarket on Saturday 4 October which will help to provide housing and medical support for recovering addicts. 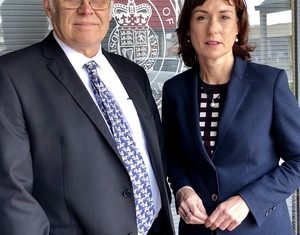