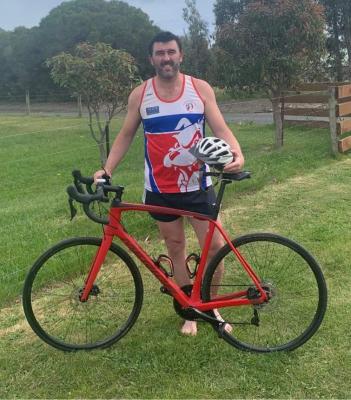 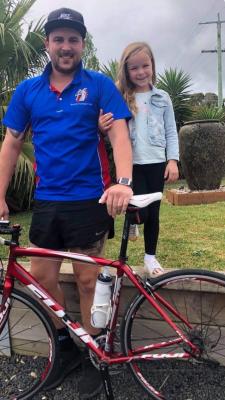 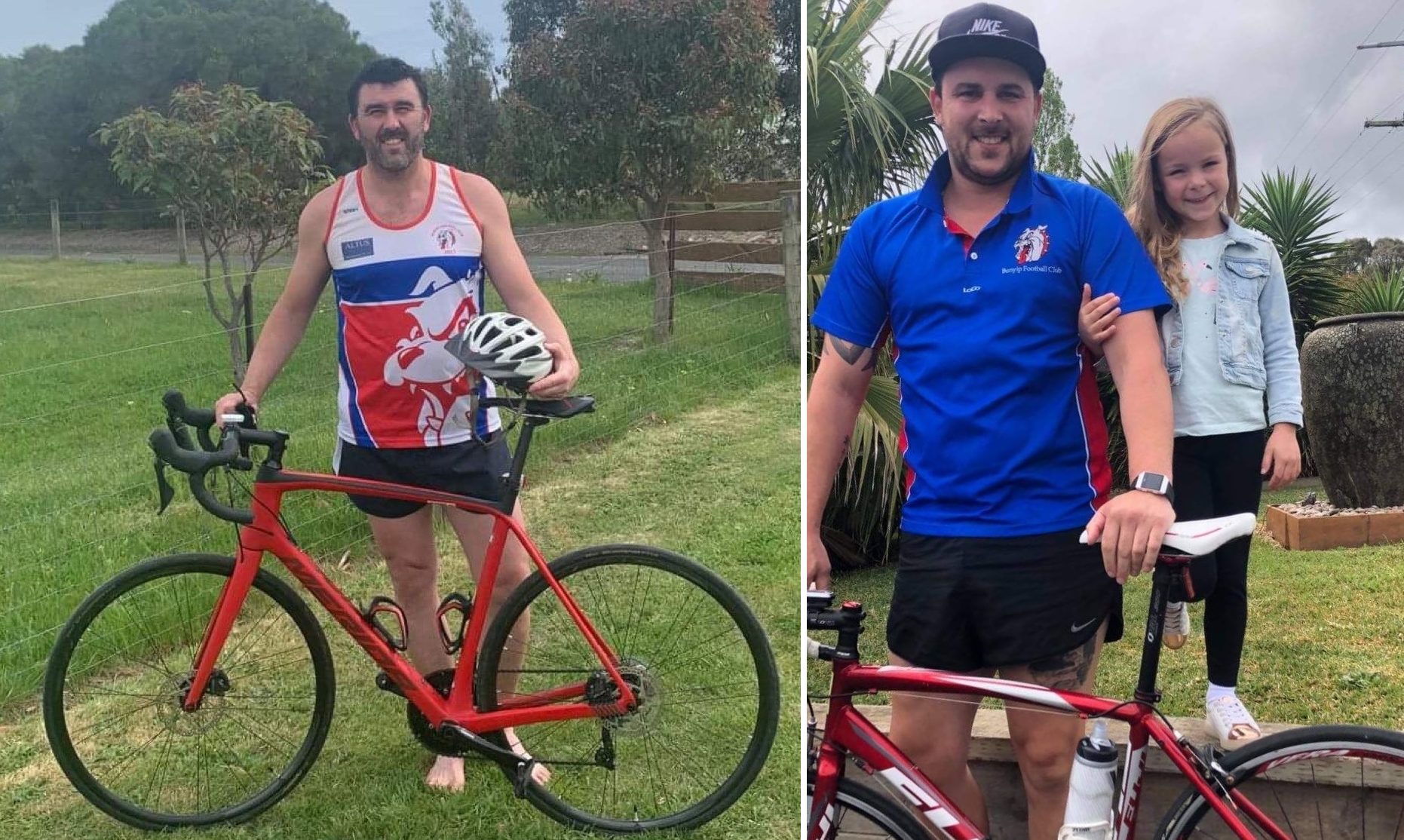 What started as a way of two mates involved with the Bunyip footy club keeping fit during the Covid-19 lockdown has resulted in a heart-warming fundraising initiative that the broader community is rallying around.

Marist-Sion school teacher Ben Cunningham and Bunyip senior premiership-winning big man Nathan Lieshout have joined the ‘Great Cycle Challenge’ – raising as much money as possible throughout the month of October for the fight against childhood cancers.

Cunningham and Lieshout both have young families and can’t imagine anything worse than their children having to fight for their lives.

“Kids should be living life, not fighting for it,” Cunningham said on his fundraising page.

“So I am riding and raising funds to support the Children’s Medical Research Institute (CMRI) to continue their work into the prevention, diagnosis, (and) treatment (of), and finding a cure for childhood cancer.”

Both Cunningham and Lieshout have already had to raise their fundraising goals after the incredible generosity of the community in just the first few days of October.

Cunningham, for example, is now hoping to raise at least $2500 by riding at least 500 kilometres throughout the month.

Both men head out on the road multiple times a week to ride together, and the going can be particularly tough.

But they each make the point that it’s nothing compared to what so many youngsters are experiencing in their fight for their lives.

“Louie and I went out for a ride the other day when the weather was pretty ordinary,” Cunningham said.

“It was windy and pretty horrific, but for the kids who’re battling cancer, they’re riding into a headwind like that every day.

“It does make you think – there was a little bit of discomfort, but it just spurs you on knowing there are kids out there who have this discomfort every single day who don’t get the opportunity to do what we’re doing, which is essentially just to get out and about.”

Cunningham’s involvement in the fundraiser started when he simply wanted to find a way of being more active during the Covid pandemic’s restrictions – given Bunyip falls into the ‘metropolitan Melbourne’ area.

He never quite expected to receive the support he’s had, and now for every $500 he raises, he adds another 50 kilometres on to his target.

Cunningham and Lieshout aren’t massive social media users, but they’re gladly bucking that trend to raise as much awareness as possible for the Great Cycle Challenge.

“Without mentioning names, there have been a number of people in our local community who have been impacted by kids’ cancers, and of course that then extends to their families and friends within the community as well,” Cunningham said.

“Everyone would know of someone, or has been in some kind of contact with people who have been impacted by it.

“And certainly, locally, the support we’ve received for this has been great. I’ve been blown away.”

Lieshout opted to get involved to boost his own fitness as he looks to return from a knee reconstruction for Bunyip’s 2021 senior West Gippsland season.

“Carrying a couple of extra kilos, I had to strengthen my quad back up before I could start running properly again,” he explained.

“I was running earlier in the pre-season camp we did, but then everyone lost a bit of interest with everything going on around Covid.

“I got back into riding recently, saw this, and jumped at it.”

Lieshout spent a significant amount of time with his daughter, Summer, in the Monash children’s ward when she was an infant.

Thankfully Summer wasn’t battling cancer, but it still provided Lieshout a glimpse into just what some families are going through.

“Thinking back to that, you really do get to see up close what some people are battling with, what some kids have to go through, and it’s just not fair,” he said.

“It is a big eye-opener – it’s pretty upsetting, but it definitely puts it all into perspective when you’re in that position.

“Without the Royal Children’s Hospital Good Friday Appeal being able to have its usual impact this year, it’s just amazing everyone is just so giving and is looking to put the community first with something like this – even if they’re going through tough times of their own, financially.”

Lieshout said he’s had “people from all walks of life” stepping forward to donate whatever they could.

Even Summer is doing her bit.

“I told Summer about it and she went and got her money tin,” he said, proud as can be.

“Something like this just brings everyone together, and I’m looking at it with a really positive attitude.”

Most importantly, Lieshout said the Great Cycle Challenge provides a genuine talking point to raise more awareness for the battles so many are facing behind closed doors.

“No one wants to talk about cancer – the dreaded ‘C’ word – particularly when it comes to kids,” he explained.

“And it’s not just them that it affects – it’s got this knock-on effect for everyone around them who’s in their corner.

“Chances are, we all know someone really doing it tough.”

In the past seven years, a community of more than 63,000 riders from across six states and two territories has ridden more than 13.3 million kilometres and raised more than $20.5 million in support of research to develop better treatments, and find a cure for, childhood cancers.

Cancer is the largest killer of children from disease in Australia. Over 600 Aussie kids are diagnosed with cancer every year, and three die each week.

And Cunningham and Lieshout are only too happy to put in the hard yards – or, in this case, kilometres – for them.