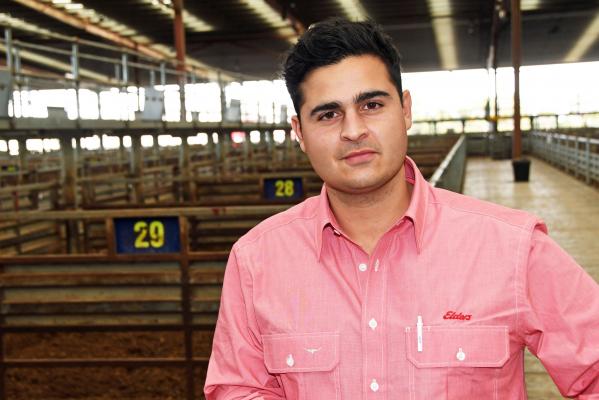 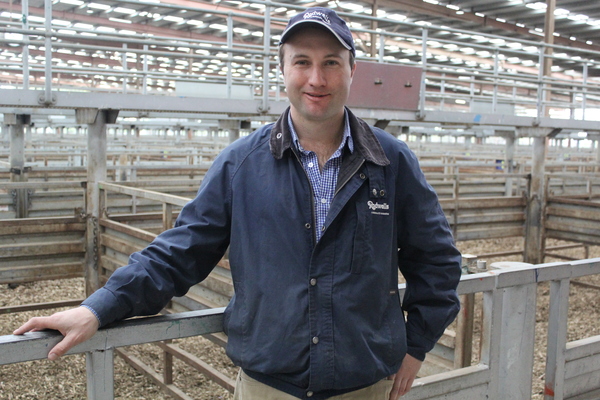 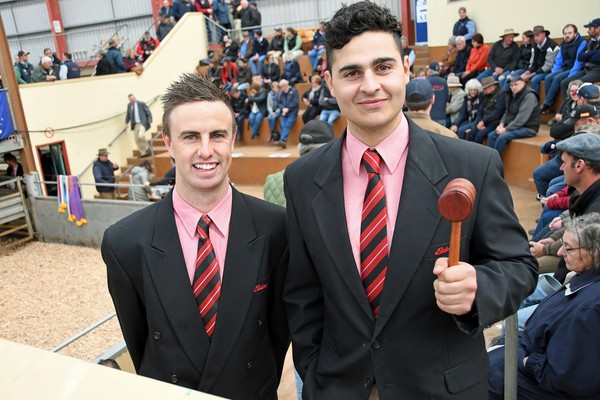 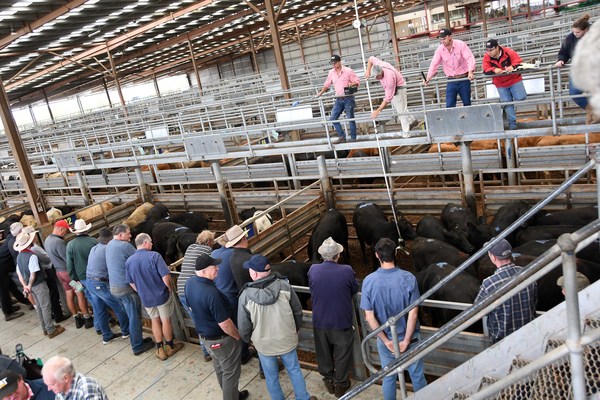 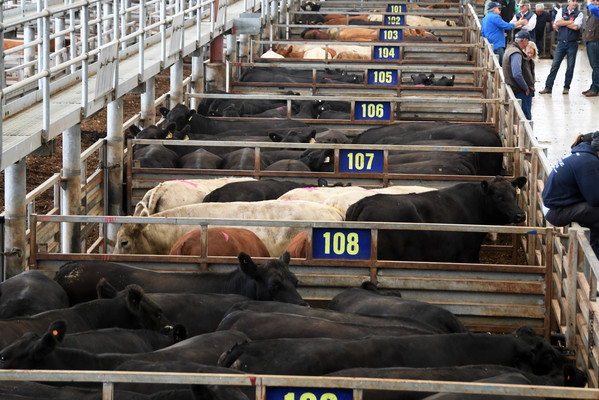 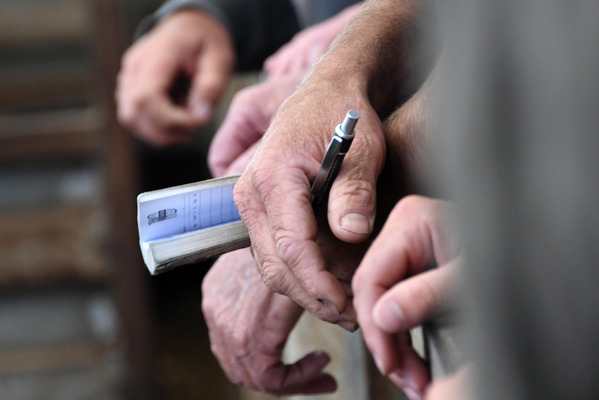 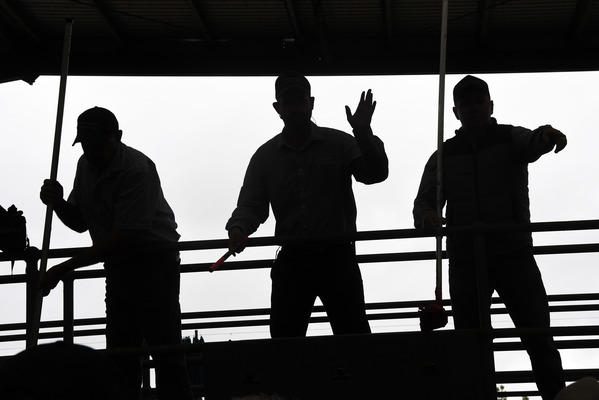 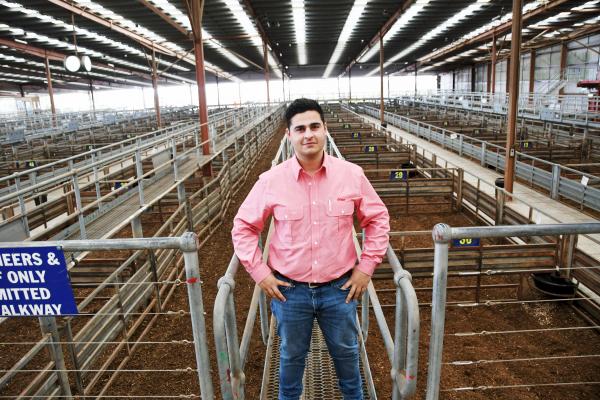 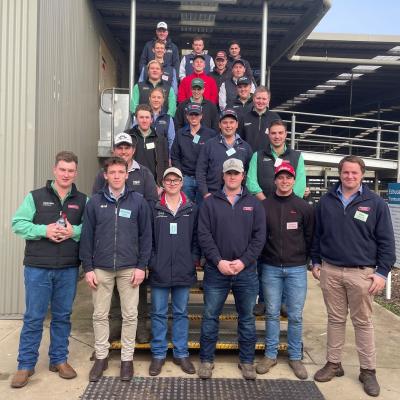 Livestock auctioneering continues to play an important roll in the agricultural industry and many young people are picking up the hammer to learn the unique skill. SHELBY BROOKS spoke to one young auctioneer who will represent Pakenham in the Victorian state final of the annual ALPA National Young Auctioneers Competition.

It’s hard not to get caught up in the whirlwind of an auction when you hear the fast paced cadence of the auctioneer expertly guiding the sale of a particular item.

Dating back to the 15th century, auctioneering has a long history in the sale of livestock, one that is continually encouraged by the next generation in the farming industry.

A group of ten young stock and station agents were selected as the Victorian finalists earlier this month after a heated competition at Pakenham’s Victorian Livestock Exchange (VLE).

Those ten will vie for the state title in September, again held in Pakenham.

One of the young finalists is 22-year-old Ryan Bajada who will be representing Elders Pakenham for the fourth time.

The Trafalgar local said he fell into auctioneering after beginning his career in the livestock industry.

“Marketing livestock is a big part of our industry,” he said.

“It certainly helps in my career.”

Ryan always knew he wanted to work in agriculture.

“First thing out of school I milked cows for a bit of time and the travelled with show cattle before being offered a job as a livestock agent,” he said.

He then worked as an auctioneer in Sale, Shepparton and Pakenham.

“There are many kinds of auctioneering but the main thing is knowing the product you’re selling,” Ryan said.

“You need to know where the market is at and know the prices you’ve got to achieve.

“Biggest part is we’re there to achieve the best price for the client.”

He’s come a long way since his first time in front of a buying gallery.

He sold some bulls at a Monday fasting sale and he thinks he might have ballsed it up a bit.

“As you advance, you learn of the style and develop own style of auctioneering,” he said.

“That part is the bit where an art form starts to develop with style things, patter and drill words.

“Instead of saying one, two and three, you use filler words to make if flow.”

In September, the ten finalists will be judged as they undertake a real auction of three lots of cattle.

The top two will be crowned the state and state reserve champion and will be flown to Sydney (restrictions pending) to compete at nationals.

“It would be a great honour if I happen to win,” Ryan said.

After that, the Australian winner heads to Calgary in Canada for a worldwide competition.

Anthony Delaney represented Rodwells in Pakenham when he won the Australian title in 2010 and competed in Calgary.

He said after competing in Canada, many opportunities were opened up for him.

“I was lucky enough pre-Covid to work for a machinery auction business doing sales all around the world,” he said.

“[The ALPA competition] opened lots of doors and opportunities for myself.”

Anthony said the difference between Canadian and Australian style of auctioneering is like chalk and cheese.

“They ask for the next bid, always ahead, we’re we are more the British style chanting the money we have,” he said.

“They have a singing style as well.

He now is involved behind the scenes in the competition in Victoria.

“I’ve always helped out and I’m still as involved as ever with the education part of the job,” he said.

“My commitment with the organisation is to organise and facilitate three or four auction schools a year, culminating in our flagship event which is the young auctioneers competition.

“It’s a good opportunity and gives good experience and it can be challenging, everyone wants to win.”

Considered like a sport, the state finals will be open to be viewed by the public, something Anthony recommends for everyone.

“It’s a great showcase of the best young talent Victoria has on hand,” he said

“I wish them all the best for it.”

Anthony said like anything, popularity in auctioneering can run in waves.

“We have lots of good participants at the moment,” he said.

“But with saleyard rationalisations and fewer in towns there’s not as much of a need for as many auctioneers.”