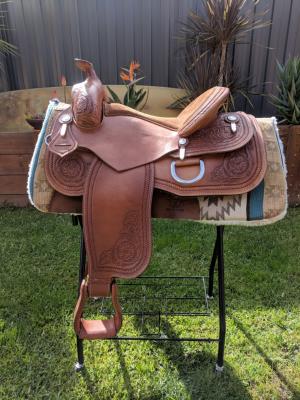 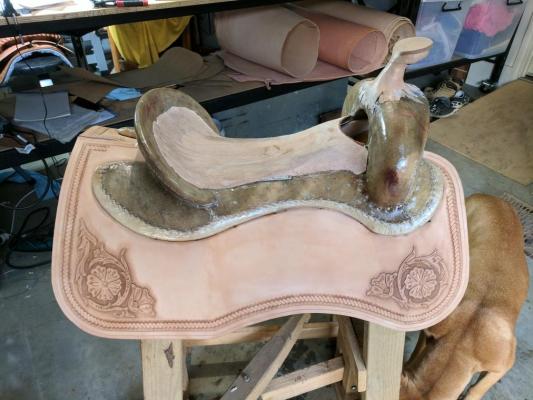 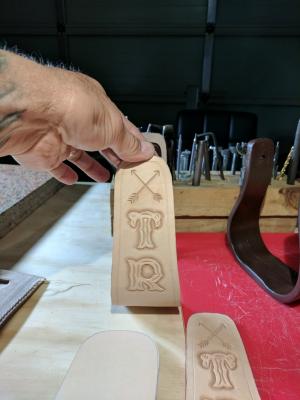 A 19-year-old girl’s car window was smashed and her special saddle stolen by thieves in the early hours of Thursday morning – and her family are pleading for the public’s help in trying to find it, as the saddle is priceless to them.

Tylah Ryder, a keen horse rider, had crafted the handmade leather saddle with her father Jamie for a special school project when she was in year nine, and was distraught to find it stolen on Thursday 22 July.

Tylah’s parents said that they thought the thieves had struck at some time between 4.30am – 5am outside their home along Windermere Boulevard in Pakenham’s Cardinia Lakes community – but they didn’t realise until Tylah’s boyfriend left for work in the morning and noticed broken glass on the ground near her car.

“Her boyfriend was leaving for work and he saw her window had been smashed,” Tylah’s dad Jamie said.

“So they [the thieves] smashed the rear driver’s side window, and literally got in and took the saddle,” he said, which would have been hard to see as it was covered by a blanket and hidden between two bags of feed.

Jamie said that they had “ransacked” Tylah’s car and another neighbour’s car had also been broken into the same night, but the major item gone was the saddle – something that he and his daughter had “spent hundreds of hours” creating together and meant a great deal to them.

“There’s a lot of time, effort and sentiment behind the saddle and it was going to be one she would keep forever – and now it’s gone,” he said.

The unique saddle is carved with designs created by Tylah and has her initials, ‘T R’ engraved on the stirrups and two arrows on the horn cap.

“It means the world to us,” Tylah said.

“I spent so much time with Dad learning the craft of saddle making and it meant so much to me.

“I just hope the people who stole it find it in their heart to give it back to me,” she said.

The Ryders informed the police of the robbery, and the crime scene investigation team came out and are looking into the theft.

The night after the saddle robbery in Cardinia Lakes, the Star News Group’s Army Road office was also targeted by thieves, who stole a ride on lawn mower from the shed at some point on Thursday evening/ Friday morning.

Police are currently investigating both incidents and it is unknown whether there is any correlation between the separate robberies.

For now, Tylah and her parents can only hope for the saddle’s safe return and are spreading the word on social media – even offering a $500 reward for the culprits to come forward and give back this sentimental creation.