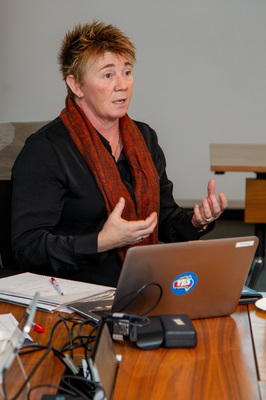 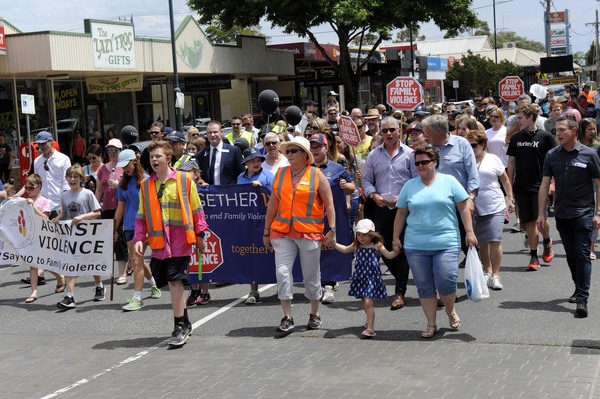 Family violence continues to plague the Cardinia Shire, with a 22.5 percent increase in reported incidents over the past year, […]

Family violence continues to plague the Cardinia Shire, with a 22.5 percent increase in reported incidents over the past year, but police are confident a specialised unit will help combat the growing issue.

However, the number of recorded incidents is on a general downward trend since 2015.

The figures from the Crime Statistics Agency came just days before the announcement that domestic violence charity White Ribbon Australia had gone into liquidation and as community leaders prepare for the third annual Together We Can Leadership Summit at the Cardinia Cultural Centre on Thursday 10 October.

“It is with profound sadness that the board informs the community and supports that it has taken the very difficult decision to close its doors,” a White Ribbon statement said.

“This decision became necessary following an analysis of the organisation’s future sustainability.

“Even though White Ribbon Australia’s journey ends here, we know that the work of our partners and communities will continue. Eliminating men’s violence against women must remain a priority.”

A local initiative committed to continuing the vital work of eliminating family violence is Together We Can and its collective impact facilitator Fiona Cost belives the closure won’t impact on local efforts.

“Rest assured that we will continue our efforts to stop, prevent and end family violence and violence against women,” she said.

While the issue of family violence is a national concern, Cardinia recorded the highest increase in incidents within the Southern Metro Region.

Neighbouring municipality Casey recorded a significantly smaller increase of 6.6 percent, despite a higher number of incidents, with 4668 within the year.

In Greater Dandenong, the number of cases declined by 1.8 percent.

“While any incidence of family violence is disappointing, we may take encouragement that it is however being reported,” Ms Cost said.

“We’ve known for a long time that many people don’t report for many different reasons.

“The police have worked hard to improve the way they handle call outs to family violence cases with dedicated training and officer support to encourage the best outcomes for families.”

Within the shire, breaches of family violence orders have risen by 8.2 percent, which is said to be in line with state-wide statistics.

But a concerning statistic has shown that in 47,082 instances, charges were not laid, highlighting a 13.9 percent increase over the year per population of 100,000.

“Rest assured police will continue to hold perpetrators to account for these kinds of offences,” Inspector Dummett said.

The implementation of a Family Violence Investigation Unit has seen an impact within the area, with police dealing with some of the state’s most serious family violence cases.

“We’re treating these incidents the way they should be – as criminal investigations.

“More than 240 of the 415 new family violence specialists have been deployed across the state with all positions to be filled by April 2020, so we expect our enforcement activity in this area to continue to rise,” Inspector Dummett added.

If you or someone you know are in immediate danger, call the police on 000.

If you have used violence against family members and want help to stop, call Relationships Australia Victoria on 1300 364 277.

If you or someone you know needs free counselling about experiencing sexual assault or family violence, call 1800 RESPECT on 1800 737 732.