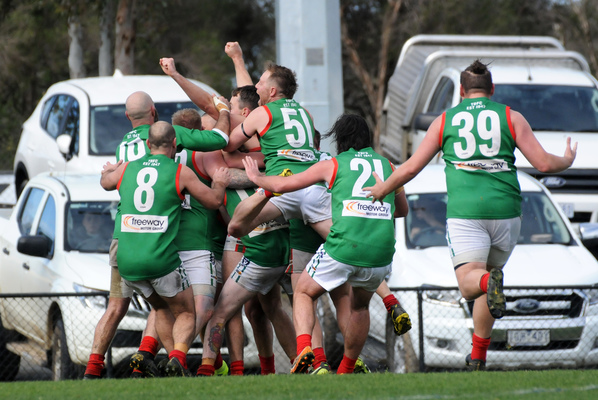 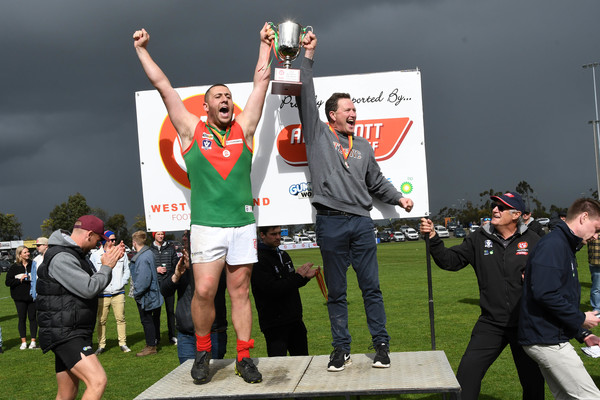 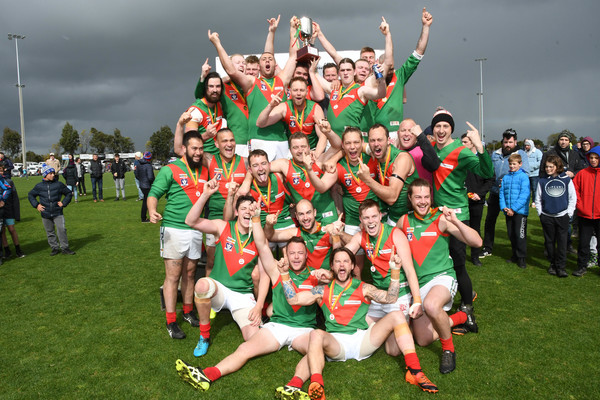 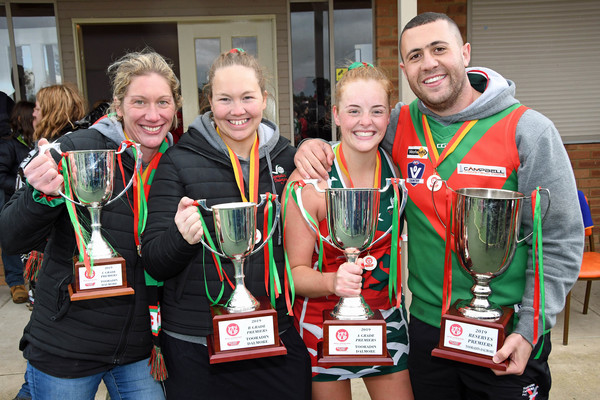 It may have been a game of reserve grade footy, but its result elicited the kind of emotional response that will reverberate around the Tooradin-Dalmore Football Netball Club for a long time to come.

When Jake Genoni was awarded a 50-metre penalty and slotted the resultant kick from inside the 50-metre arc after the final siren sounded at Garfield on Saturday, the Seagulls had clinched their first ever reserves flag – 4.7 (31) to 4.3 (27).

That accomplishment alone, given the long history of the club, is remarkable.

But it’s even more so when considering the circumstances behind it.

At the end of the final ever SEFNL season, the Seagulls were facing an uncertain future – unsure of what a potential return to West Gippsland would mean.

And that uncertainty was magnified with the tragic and sudden loss of then club president Greg Kelly before the 2019 campaign.

But this season soon became one of resilience, hope, and ultimately incredible success as the Gulls celebrated four premierships on Saturday at Beswick Street – the reserves footy, along with the A Grade, B Grade, and C Grade netball.

The senior footballers, too, had some genuine long-awaited success of their own – reaching the preliminary final.

And on Saturday, they sprinted out on to the ground to celebrate with their reserves brothers in arms.

This was a day for the whole club to savour.

“It was just unreal – that’s the word I’ve been repeating for the past however many hours. It was just unreal,” said Nick Pouki, the Seagulls’ first ever reserves premiership captain – and the club’s football director – with a particularly croaky voice on Sunday.

“I remember looking at the clock at the 19:46 mark of the final term and I thought to myself ‘I can’t believe we’re going to lose a grand final by two points’.

“Then moments after that I just ran to the goal-line and watched the footy sail over my head and I still can’t believe it.

“With Jake, if he took that shot at training, he’d make probably seven out of 10 so you’d be pretty confident and back him in.

“But with the breeze, that footy didn’t even deviate.

“Sometimes he’ll kick the most unreal goals where he’ll just kick this forward, tumbling thing that’ll go through – and then all of a sudden he kicks the clearest drop punt you’ll see to win a premiership.”

Genoni is the son of past president, Derek – one of the most revered figures at the club, with a family history there spanning the generations. Pouki is married to Courtney – Derek’s eldest.

But on Saturday night at the Tooradin Sports Club, it was Jake who took centre stage.

“You couldn’t have written a script any better than that – we hadn’t even made a twos grand final since 1984, and we’ve never won a twos premiership as a club,” Pouki explained.

“For a Genoni to kick the winning goal to get the first, that’s just ridiculous.”

Pouki understandably struggled to explain just what Saturday’s result meant to the Seagulls.

“To go back to where we started at the start of the year, and losing Greg Kelly in pretty emotional circumstances, to then have a club build and grow together – this is really a testament to how strong we are, and how well led we are by Lee Jones.

“From every committee member – from the people who do the fundraising, to everyone who works in the canteen – the true belief was that we belong in West Gippsland.

“This has been a building season – building the foundations for what’s to come.

“Last year we had to sell the dream of thinking we were going to be competitive, but next year we know we will be.

“We’re a small town with a massive, massive heart and anyone who saw Tooradin on Saturday night and the amount of people who were there would have just been blown away.

“It’s so important we embrace this because it’s a once in a lifetime thing, potentially.

“It might be ‘just a twos flag’, but it means so, so much to our community.”

Back at the rooms, a spine-tingling rendition of ‘Seagulls Forever’ – featuring in excess of 150 voices – rang out.

Together, forever – just how it should be.

Phillip Island capped off a dominant day on the football field with premierships in both junior grades.

Island skipper Harry O’Brien was named best on ground, with Orlando Kane-Gillard and Finn Merryfull also catching the eye for the premiers.

Bailey Beet, Jack Gribbin and Euan Grierson were best for the Goon.

Daniel Bourke was awarded the AFL Victoria Country Medal, while Josh Ryan and Kai MacKenzie were among the other standouts for the Bulldogs.

Patrick Holian, Jack Hutchinson and Cooper McInnes were best for the Sea Eagles.

Click below for video footage of Jake Genoni’s goal…