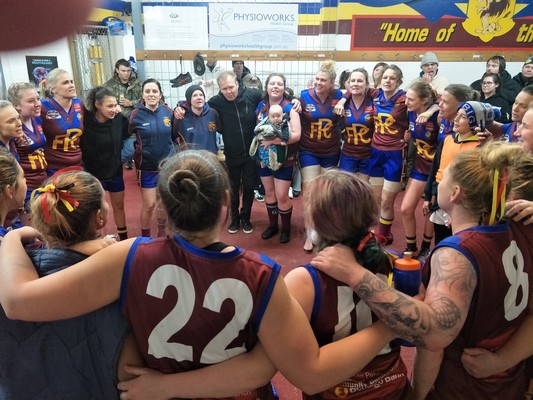 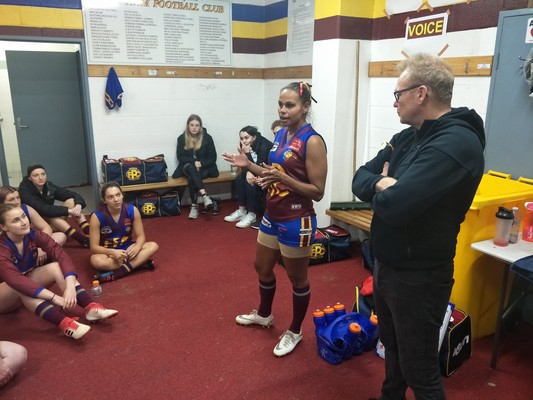 SOUTH EAST WOMEN’S REVIEW – ROUND 9 DIVISION 1 Cranbourne banked arguably its most vital win of the season, knocking off Port Melbourne at home, 5.5 (35) to 1.2 (8). The Eagles took in a six-point lead at quarter time, but flexed its muscles in a dominant second term to open up a 26-point advantage […]

The Eagles took in a six-point lead at quarter time, but flexed its muscles in a dominant second term to open up a 26-point advantage at the main break.

The Borough – to their credit – fought back to enjoy a strong third quarter – but the class of the Eagles shone brightest as they answered every challenge in its wake.

Casey Birmingham was best afield with a two-goal display in the horrendous conditions to arguably be the major difference.

It was a dominant weekend from Beaconsfield, thumping Eastern Devils at home on Saturday morning to bank its third win of the season, 7.9 (51) to 1.4 (10).

The Eagles burst out of the blocks with three first quarter goals, and were never headed despite a fightback in the second term, with the likes of Aimee Buchan (three goals) and Jade Hough helping run away with the contest after half-time.

Pakenham has maintained its two-game advantage at the top of the SEWF Division Three ladder with a comfortable 26-point victory over Karingal at Toomuc Reserve on Friday night.

The Lions were inspired by a pre-game speech from wingman Roslyn Cook, who explained the importance of wearing red, black and yellow armbands to celebrate NAIDOC week – which recognises the history, culture and achievements of Aboriginal and Torres Strait Islander people.

The Lions were expecting a tough clash against the third-placed Bulls, who didn’t disappoint with Angelina Radunic kicking an early goal. But the Lions held firm against the breeze with Zoe Loudon, Mimi Henderson, Mel Stocker and Bec Domotor building a brick-wall in defence.

Bel McGee was battling hard against a high-quality opponent in the ruck, while Lauren Hojnacki, Rosie Bureta and Sophie Gray started to win a stack of the ball through the midfield heading towards quarter time.

The Lions trailed by four points – 0.2 to 1.0 – at the first break but produced some of their best football of the season in the second term.

The Lions exploded out of the blocks, with the midfield dominant and Rosie Davis and Sage Hahn providing some great targets up forward. Davis was particularly impressive, kicking the Lions’ first and then tapping beautifully to Kiana Te Huia for a brilliant set-piece conversion.

Cook and Chloe Nagel were having an impact on the wings, while Courtney Dodson showed great determination when the ball was in her vicinity. The Lions handball efficiency really stood out in the second quarter, with skipper Rachel Betteridge and Hahn kicking further six-pointers to give the Lions a 4.4.28 to 1.0.6 advantage at the main break.

Te Huia extended the Lions lead midway through the third, while the efforts of Nat Staunton and Domotor ensured the Bulls would remain goalless with the breeze.

The game petered out in the last term, with the Lions content to bank the four points and move on to their next challenge. Henderson and Loudon were superb for the Lions across half back, while Gray, Bureta and Hojnacki continued to build on their very consistent seasons through the midfield.

Te Huia led the scoring with two goals for the Lions who take on Cerberus/Crib Point at Toomuc Reserve at 6.45pm this Friday.

Despite the loss, Amanda Collins, Suzanne Byne and Allison Wartnaby battled hard for the Kangaroos.