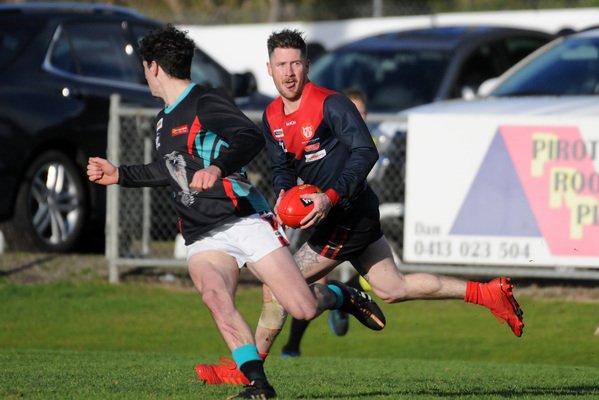 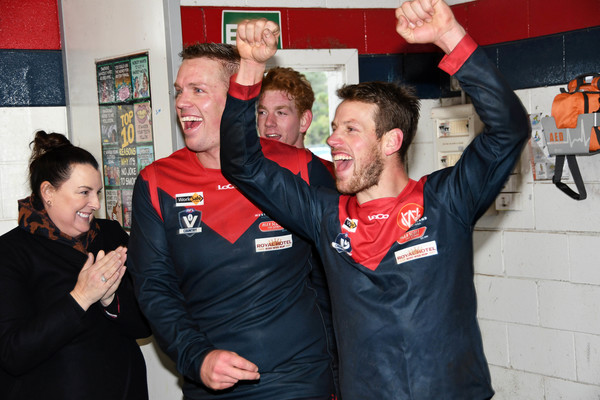 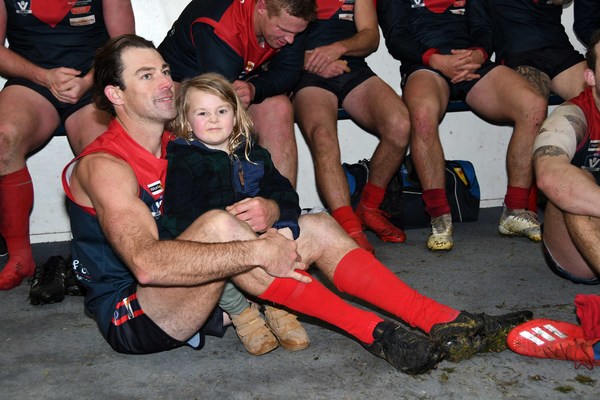 WEST GIPPSLAND FOOTBALL NETBALL COMPETITION REVEW – ROUND 14 In a season that already had so many intriguing sub-plots and storylines, on Saturday the Demons and the Yips combined to write another enthralling chapter into West Gippsland’s book of 2019. Coming off a bitterly disappointing three-goal loss to fellow finals aspirant Nar Nar Goon the […]

In a season that already had so many intriguing sub-plots and storylines, on Saturday the Demons and the Yips combined to write another enthralling chapter into West Gippsland’s book of 2019.

Coming off a bitterly disappointing three-goal loss to fellow finals aspirant Nar Nar Goon the week prior in Round 13, the Demons roared back with a vengeance over the final three quarters on Saturday to inflict their old rivals, the Cobras, with their first loss of the season – 14.8 (92) to 9.14 (68).

The bitterly cold and wet conditions did little to dull some of the scintillating play by the Demons over those final three quarters – highlighted by some spectacular goals by Jason Wells (five majors) and an unbelievable individual effort from the forward pocket in front of the Kooweerup rooms by a rampaging Mitch Collins.

After trailing by 17 points at the first break, Kooweerup displayed every bit the desperation required from a side with its season on the line.

They turned that near three-goal deficit into a 19-point advantage at the main break with the wind playing its part throughout the first half.

While scoring was at a premium, and this was clearly a battle for territory – as so many wet weather games are – it was anything but a dour slog.

The impressive state of the surface of the Denhams Road ground was testament to that.

It wasn’t until the second half of the second quarter that the Demons started to take control on the scoreboard – with a snap from Shannon Marsh putting the home side up by two points at the 18-minute mark. Four minutes later, after clinical finishes from the likes of Wells and Luke Walker, the Demons were 20 points up.

By that stage, the likes of Joel Gibson, Collins, Troy Dolan (in his midfield shut-down role), and Nathan Muratore had all made their presences felt.

Gibson, in particular, was uncompromising in his attack on the footy at the stoppages – which was often complemented by his ball use by foot.

But it was Liam Hetherington with his run out wide, and incredibly impressive young versatile big Nick Prowd who drew just as much attention from the crowd.

Prowd – in a ruck tandem with Collins – was a massive part of the reason why the Demons could so consistently mount scoreboard pressure throughout the day.

But Kooweerup’s calling card has so often been its defensive pressure and tackling.

And as the Demons have shown so often already throughout 2019, when it’s not up to scratch, they fall away noticeably.

On Saturday, that intensity and endeavour remained.

While Cobras co-captain Jackson Dalton was yellow-carded late in the second term, the Demons stayed largely disciplined. It’s not something they’ve always managed against at Cora Lynn side that’s so often had their measure in the past, but on Saturday it was a crucial trait.

In the rooms at the main break, Demons coach Ben Collins emphasised that the job was only half done. The ticks for the two first quarters meant nothing if they were followed by a pair of crosses in terms three and four.

While Collins emphasised the importance of structures, yardage, and high-percentage plays in the third, his side still stretched away even further on the scoreboard – leading by 31 points with a quarter remaining.

The Demons’ at-times sluggish second-half performances in previous games spoke for themselves, but so too did their contrasting performance on Saturday.

This was a group clearly with everything to play for, while the undefeated Cobras – probably subconsciously – didn’t seem to match their intensity.

Wells once again went into his bag full of party tricks in the fourth as the weather closed in. A trademark, instinctive snap put the Demons up six goals three minutes into the term, as the lights were switched on.

A superb effort from Chris Johnson on the run from long-range at the scoreboard end reduced the margin back to five goals at around the 6:30 mark, but goal-for-goal wouldn’t cut it. The Cobras were running out of time.

With the margin hovering around the five to six goal-mark for much of the term, yet another Wells goal clinched the four points with just over 20 minutes gone.

The Cobras effectively finished with no bench, with leg complaints to Nathan Langley and Brady White drawing plenty of interest, while the Demons – led by a series of inspiring individual performances in the grand scheme of the team effort – showed just what they’re capable of against one of the competition’s benchmarks. Clearly, the question now becomes: can they replicate it in the weeks to come?

Meanwhile, up to their necks in a similar fight for their finals chances, an inspired Bunyip recorded the most important win of its season – turning around its Round 3 performance at home against Inverloch Kongwak to defeat the Sea Eagles at their nest.

The Sea Eagles held narrow leads at each quarter break leading into the last – by five points at quarter-time, three at half-time, and nine at three-quarter time – but the Bulldogs kept snarling, ultimately emerging with victory in the scheme of their season – 12.7 (79) to 10.8 (68).

Almost poetically, it was a series of the Yips’ most proven players who stood tallest right when they were needed most.

The inspirational, lead-by-example Brad Walker was in everything, as was renowned big man Chris Kelf, fellow star recruit Aaron Paxton, and two of the side’s genuine hard nuts in Michael Whyte and Jeb McLeod.

But it was the cunning Cley Bertoncello who had the most impact for the Yips – booting a brilliant seven majors, and backing up his five-goal haul from the week prior.

With Saturday’s two most eye-catching results, the Demons have now leapfrogged the Sea Eagles into fourth on the ladder, while Bunyip is now just percentage outside the final five.

Finally, Nar Nar Goon has joined Kooweerup in looking for a new senior coach for 2020 and beyond with Dean Blake informing the current playing group that he won’t be going on next year, due to family commitments.