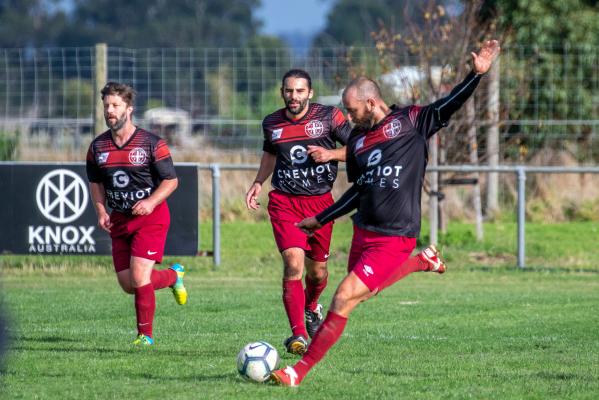 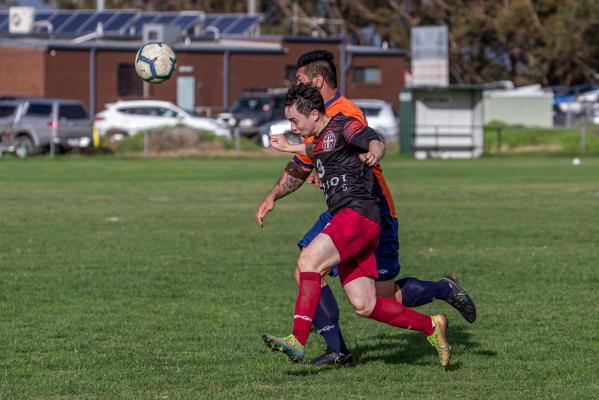 The Bunyip Strikers have surrendered a 5-0 first-half lead to eventually ‘escape’ with a 5-5 draw against Aspendale Stingrays on a remarkable day at Bunyip on Saturday.

The Strikers looked set for a crushing victory after Nicholas Yong took the score to 5-0 after completing a first-half hattrick in the 44th minute of play. And there was no need for concern when the Stingrays’ Adrian Pace scored on the stroke of half time to cut the Strikers margin to 5-1 at the interval.

Bunyip’s first half was electric to say the least, with Yong scoring after seven minutes before Mark Comini doubled the Strikers’ lead with 18 minutes on the clock. Ed Walker then struck a third in the 30th minute and the Strikers looked dominant.

When Yong found the back of the net three minutes later, then converted his hattrick, a rout looked on the cards with just a minute left before half time.

Pace then penetrated the Strikers’ defence for the first time before scoring his double in the 55th minute. The Strikers then steadied and still led 5-2 in the 77th minute before all hell broke loose with just 13 minutes left on the clock.

The Strikers defence fell asleep, allowing James McNab to score two goals in two minutes before Noah Berends put the finishing touches to an amazing game of football with an equaliser in the 80th minute of play.

Having just conceded three goals in four minutes, the Strikers were in definite threat of burning everything to the ground when Ryan Mackie was red-carded and sent from the pitch with seven minutes left of regulation play.

The Strikers dug deep and repelled the Stingrays advances in the final minutes to walk away with one point that will long be remembered by everyone in attendance.

Bunyip, which collected six yellow cards on the day, will hit the road this Saturday to take on Endeavour Hills at Power Reserve with kick-off at 3pm.

Pakenham United has scored its best win for the Men’s State League 5 South season with a hard-fought 1-0 victory over top-of-the-table Mentone on Friday night.

The Cougars were up against a Mentone Panthers’ side that had conceded just two goals in their first five matches, had home-pitch advantage, and also had the luxury of having the league-leading scorer in Marcus Spivey.

But the Cougars defensive structures held firm, keeping Spivey quiet and keeping a clean sheet after captain Dusko Erkalovic put his team in front in the 13th minute of play.

The Cougars battled hard to protect their lead and moved to sixth place in the standings after banking a very important three points. The Cougars have the chance to move further up the table when they play host to bottom-placed Mt Martha this Saturday at 3pm.