There is no escaping the fact it will be a bittersweet 2020 Sportsbet Pakenham Cup on Saturday that somewhat mirrors the transition of society at large from Covid hell to Covid normal.

The Cup will not be the same as the glorious occasions of past editions, but it will present a slow return to normality for both the racing club and the local community.

There will be 500 patrons in attendance – separate from jockeys, trainers and stewards – a number that would have been unfathomable a little over a month ago.

Society is slowly but surely finding its Covid normal and for the lucky people who can attend the Cup, it will be a strange but unforgettable experience as they get to watch history unfold.

Pakenham Racing Club general manager of racing and commercial Wade Calderwood preferred to take the glass half-full approach to the Cup, knowing a safe and successful meeting will be the best tonic for even bigger crowds into the new year.

“The chances of us even having a crowd this early before Christmas was unlikely, so we’re delighted,” he said.

Racing clubs across the land have executed Covid protocols to the nth degree.

Strict adherence, universal buy-in and some sacrifices have kept the industry going and people in much-needed jobs throughout the pandemic.

Adding crowds to the mix will present another challenge, but one that Calderwood is confident the Pakenham Racing Club will rise to.

The message to patrons from the moment they set foot on the Tynong course will be that now is not the time to let your guard down.

Extra measures will be in place for the safety of all patrons and to safeguard the racing industry.

Aside from the crowd cap, the most noticeable change will be the lack of personal interaction between spectators and stars of the turf.

Jockeys, trainers, officials and horses will be kept separate from the crowd.

“They will be kept completely separate through fences,” Calderwood said.

Owners have drawn the short straw in recent months, not being allowed to watch their horses on track.

It has been agonising for them, but they will now get the chance to be there to watch their horse race live.

However, there’s a catch.

“Within the 500 people, it’s 470 patrons who have pre-booked and the 30 owners race by race, so we need to rotate them through,” Calderwood said.

“The ones I’ve spoken to say it is a double edged sword.

“It’s great to finally have an opportunity to come and see their horse, but unfortunately can’t stay the whole day to enjoy all the atmosphere of a Sportsbet Pakenham Cup.

“They’re very excited about the fact they can get to the races though if you think where we were several months ago.”

The spectators will have to play their part to make it a safe Cup experience.

They will be required to use the QR code system on arrival for contact tracing in the event of a Covid break out and social distancing will be policed by Covid marshals.

“There’s a few logistics that we normally wouldn’t have to do on a race day to accommodate everybody under the strict Covid protocols,” Calderwood said.

It is shaping as an exciting field for the 2020 Sportsbet Pakenham Cup.

Calderwood has been impressed by the strength of the nominations, which suggests the Cup is highly sought-after by trainers and owners.

If included in the final acceptances, the Gai Waterhouse and Adrian Bott-trained Knights Order would have strong claims on race favouritism.

“It’s exciting that she’s looking to put a class horse like that into the field,” Calderwood said.

Past winner Our Big Mike, a New Zealand-born horse trained in Mornington by Brett Scott, wants to return as an eight-year-old.

Double You Tee, trained by Patrick Payne at Plumpton, is looking to atone after a sixth-placed finish at the Ballarat Cup.

The best lightweight chance could be Tralee Rose, trained by Symon Wilde in Warrnambool, who has won her past three starts.

“There’s a bit of form in the race,” Calderwood said.

The Sportsbet Pakenham Cup is the standalone race meeting on Saturday, so it will get the full racing.com coverage, including on-track reporting by Simon Marshall, a former jockey and now racing expert.

“We’ll get the full media coverage and Simon Marshall will be here out on the track doing special coverage on the day in a studio set up for him next to the mounting yard,” Calderwood said.

“Racing.com and Sportsbet will enhance the coverage for those punters who are off-course and aren’t able to get to the track to watch in person.”

Gates will open at 11.30am for those lucky enough to have secured a ticket. 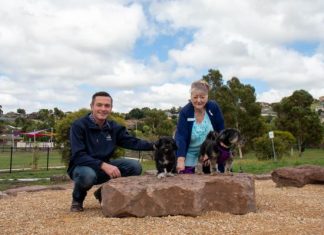