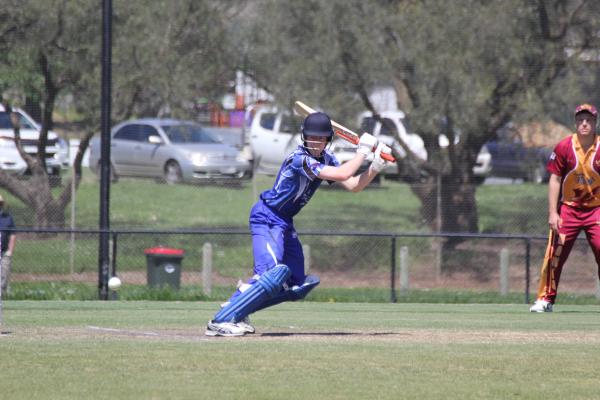 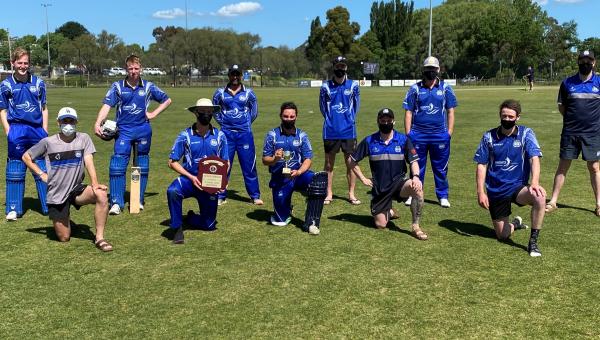 As far as warning shots go, it’s hard to imagine Western Park firing a bigger one across the Warragul and […]

As far as warning shots go, it’s hard to imagine Western Park firing a bigger one across the Warragul and District competition’s top tier than they did on Sunday as Sam Batson and his charges annihilated their great rivals from Drouin in the final of the A Grade Covid Cup.

The competition was a great initiative from the WDCA for a region desperately awaiting the return of weekend sport, but it’s safe to say all involved hope they never play in another one again as it would mark a relative return to normal from the Covid-19 pandemic that’s gripped the world.

Western Park and Drouin are no strangers to facing each other at the business end of tournaments, but the Parkers were in scintillating form leading into Sunday’s grand final and they converted on that in ominous style.

Facing Buln Buln at home on Saturday, Western Park’s 9/163 batting first proved a mountain that bit too hard for the Lyrebirds to climb.

Batson showcased his all-around ability with a near run-a-ball 80 to lead the way, before Buln Buln was dismissed for 100 in its reply – courtesy of two wickets apiece from Leigh Diston (2/12), spinner Harry Wans (2/18), and Sam Russell (2/10).

Then, on Sunday, a fired up Batson – in conjunction with his younger brother Joel (3/13) – tore shreds out of the Drouin batting lineup to dismiss the visitors for just 56.

Sam Batson finished with the remarkable figures of 6/16 from his 7.3 overs.

Predictably, Western Park had little trouble in the chase – reaching 2/57 in the 21st over to win by eight wickets.

There’s so much more to play out between these two powerhouse clubs over the season proper, but Sunday provided a glimpse into the work ahead of the Hawks.

Truth be told, the day was really a day for the whole of the Western Park Cricket Club to savour – claiming four of the five Covid Cups on offer.

Jack ‘The real Wizard of Western Park’ Barnes worked his magic in the B Grade decider, belting a towering six down the ground off the second last ball of the game to knock off Longwarry in an absolute thriller.

It sent the hometown faithful into hysterics as they swamped their hero out in the middle.

Batting first, Longwarry reached an impressive 8/226 from their 40 overs courtesy of an impressive 108 from the top of the order by Ben Perry and handy middle-order contributions from Dom Pullen (37) and Shayne Gillings (36).

But the home side was simply irresistible in its reply, with Barnes (88 not out) combining with great mate Sam McMillan (90) for a defining 148-run stand.