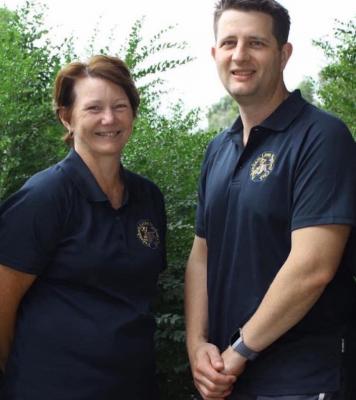 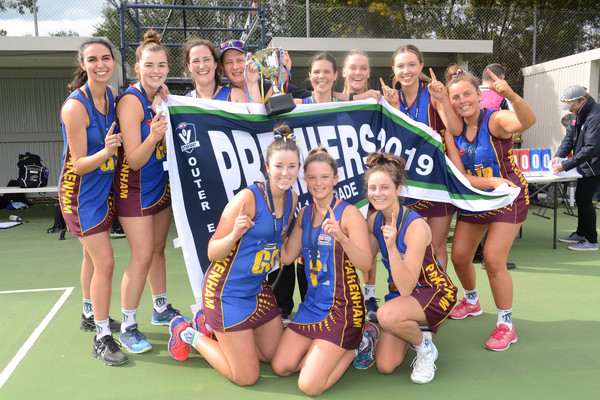 While the Pakenham Lions Netball Club were unable to take to the court in the 2020 AFL Outer East season, […]

While the Pakenham Lions Netball Club were unable to take to the court in the 2020 AFL Outer East season, the family-like culture at Toomuc Reserve has ensured they have wrapped its collective arms around each every member of its community.

It’s been trying times, and although devastated at how 2020 has unfolded, president Marg Jones said from AFL Outer East, its members, players, and anyone within the community, its been vital to stay connected throughout the challenges the year has presented.

“We recognise the incredible work that Aaron Bailey and his team from AFL Outer East did in trying to have a season,” she told the Gazette.

“During the challenging times that we are all experiencing with Covid-19 in particular the two lockdowns, we set about ensuring we remained engaged with every valued member and acknowledging and supporting our loyal partners in our club sponsors.

“As president I am so very proud of our off the court team represented by 20 passionate committee members together with our coaching team for their tireless efforts in ensuring we offered our players (ranging from U9s to A Grade) weekly zoom sessions covering fitness, skill work, yoga, team catch ups together with inspirational club and player videos, club emails, text messages, phone calls since March.

“We wanted to ensure that every single person from our netty family felt connected and knew as the old netty saying goes, ‘’here if you need’.”

Jones said that providing the players with necessary support for their mental health and wellbeing has been all the more important.

“When we spoke about our players’ mental health and wellbeing we turned to the professionals in SALT (Sport and Life Training) to assist us with providing sessions for every player from our U13s through to seniors together with our coaches and committee,” she said.

“We are truly grateful to Netball Victoria and WorkSafe for their support and funding our U17s session, together with AFL Outer East, Bendigo Bank and branch manager, Eddy Leo from Pakenham for their support in funding these vital sessions for the benefit of every player, coach and committee member.”

The club has also been recognised by Netball Victoria for its work with SALT and have won a Zoom session with Vixens star Caitlin Thwaites, with Jones and the club incredibly excited for the opportunity.

Jones also said that club chaplain, David Sollberger has been an integral part in dealing with the challenges faced this year.

“David has also done an outstanding job which we are so very fortunate having him in this role,” she said.

“What some don’t know is David has an extensive elite netball playing career having played and captained the Victorian Mens team and we are so pleased that he will again be coaching a senior team in 2021.”

As the Lions now gear up for the 2021 season from an on-court perspective, the club has reappointed highly-regarded coaches Karen Meredith and Matt Cooke, with the pair set to continue their fine work.

The pair has extensive Victorian Netball League (VNL) coaching experience together with Victoria’s Talent Academy, and Jones said that the announcement has come with a great deal of excitement.

“The outstanding commitment, dedication and work that Karen and Matt together with our team coaches have shown at Pakenham is exceptional,” she said.

“Karen will continue in the role of head coach and oversee our entire netball program, while Karen and Matt will co-coach our A and B Grade teams.

“Karen and Matt recognise the importance of our junior program and pathway to seniors and we are excited to have Matt taking our U17 Blue and Karen our U15 Blue teams in 2021.

“We are extremely proud of the quality coaching program that we offer at Pakenham. The club is now working through the appointment of our 2021 team coaches which is progressing positively.”

Pakenham was highly successful in the 2019 season, clinching a B Grade premiership against ROC in a thriller, as well as winning the 13 under flag and making a total of four grand finals.

Jones said that the initial responses from players in regards to the 2021 were overwhelmingly positive, with the club desperate to get back to Toomuc Reserve and get back into community sport.

“We can’t wait until the lockdown is over and getting back home to Toomuc Reserve as we continue to plan for a bigger and better 2021 for both our mid-week teams that play at Cardinia Life PNA competition and AFL Outer East teams who play proudly alongside our football club,” she said.

If anyone is interested in being part of the 2021 season down at Pakenham for either mid-week or Saturday, can contact the club via pakenhamlionssnc@gmail.com