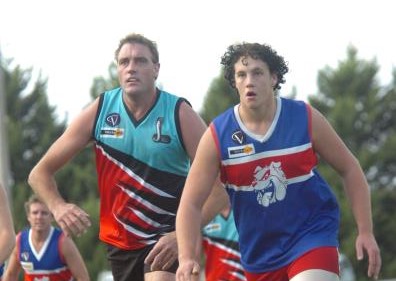 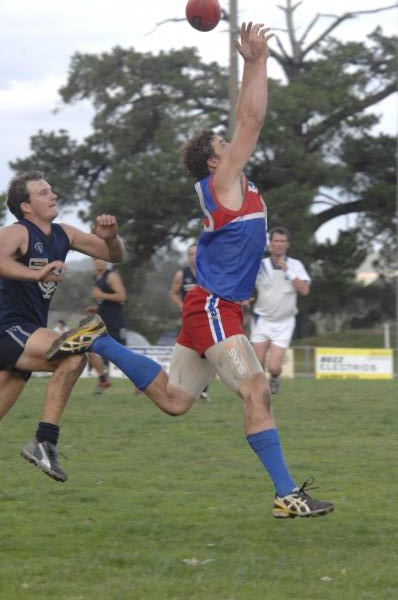 Whether it be donning the Bunyip colours or bursting through the stoppages at the MCG at AFL level on grand final day, Shane Mumford has always worked tremendously hard to get the best out of himself.

The 34-year-old Bunyip favourite son recently celebrated his 200th match of AFL football against Carlton in a style with a win, showcasing his trademark physicality at the ball to be a major contributor.

It’s been in a journey that has seen him reach great heights with perseverance, heart and will.

A premiership star in 2012 for the Sydney Swans, a best and fairest for the GWS Giants in 2014 – Mumford has come a long way since his early days down at the Kennel and eventually emerging onto the VFL scene.

The bullocking ruckman has now played 21 games for Geelong, 79 for Sydney and currently has 101 games for the Giants.

His great mate, and current Bunyip playing-president Brad ‘Tex’ Walker paid tribute to ‘Mummy’, who he said was not only a footballer that’s got the very best out of himself, but also is a wonderful person with plenty of time for everyone.

“It’s a story obviously people know of him – eating sausages and whatever else, but people probably don’t truly know how hard he had to work to get there,” he said.

“When he decided he wanted to go down and play VFL at Geelong, the amount of work and commitment he put into getting himself and his body right was huge.

“It shows that as big as a man he is, he’s done really well to get his body through the seasons to get to 200 games.

“(But) he’s one of those guys that lights up a room as soon as he walks in – as big as he is, he’s also the biggest character, too.

“He’s a really good person to have around, because you always know there will be a lot of laughs.” 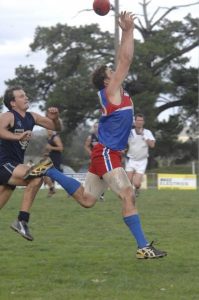 Walker said that in many ways Mumford is one of the most unique ruckman of the modern era, with his ability to often be at the bottom of packs standing out since being taken in the 2008 Rookie Draft by the Cats as a 22-year-old.

“When he was trying to get onto a list, ruckman were just trying to be tall, athletic and key position players, and he became almost that fourth midfielder, his pressure he bought to the game was one of very few at the time,” he said.

“And that’s probably where he’s got the recognition from, there’s probably not a lot of ruckman that did what he did, and it was just the wow factor.

“People loved his ferocity at the man and the ball.”

It’s unclear just how long the big man has left at AFL level, with a coaching career seemingly on the cards, but Walker said he hopes that his mate can return to the Kennel and add another chapter to his career at Bunyip.

“I think he’s played about 80 senior games at Bunyip alongside the 200 he’s played at AFL level, so that’s quite a rare things these days,” he said.

“I hope at one point we might be able to have one last kick together – he does have a passion for not only playing, but coaching, so he will stay involved in the game but probably at the higher level than what we can see him at the club.

“I think he may be able to play a game or two when available, and chip in when required down at the Kennel, and maybe have a few wins, a few Jim Beams and some laughs.”