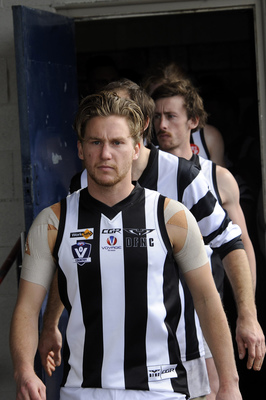 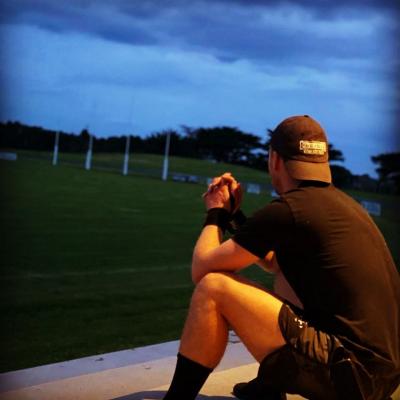 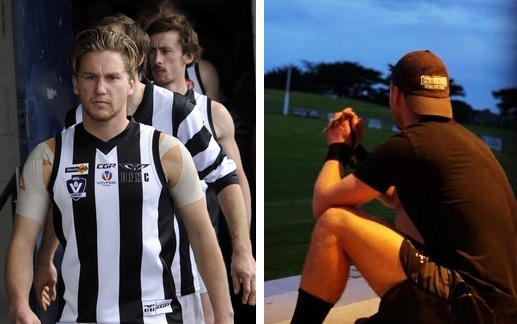 Side by side, the Magpies at Dalyston’s nest are sticking together to face many of the challenges presented by the […]

Side by side, the Magpies at Dalyston’s nest are sticking together to face many of the challenges presented by the Covid-19 pandemic head-on.

When whole communities are feeling the hurt of the loss of their community sport, it’s crucial to remember that physical distancing and isolation doesn’t at all have to equate to social isolation; and there’s so much more to any sporting club than what happens on the field, or on the court.

When Blake Carew headed out to the oval at Dalyston late one Thursday afternoon when Covid restrictions first took hold earlier this year, it was simply to get some exercise outdoors in the fresh air because his partner Charlotte’s gym had been forced to temporarily close its doors.

Now 28, Carew has been Dalyston’s senior skipper for the past five seasons and has already re-signed to play his 13th season of footy with the Magpies in 2021.

But it was that one Thursday afternoon earlier this year when it suddenly dawned on him that 2020 would be a year like no other.

“It just occurred to me that we should have been at footy training, then and there, and we couldn’t be. It was just a really weird moment where it suddenly hit me”.

So, he wrote down what he was feeling in the car on the way home, and those words rapidly went viral across the local sporting social media landscape – much to Carew’s shock.

“Football has been part of me my whole life, but it’s not the game I miss,” he wrote back in April in a post originally created on his own Facebook page, but shared through public pages like ‘Fit For Finals’.

“I miss getting to training midweek when it’s wet and windy, after being inside all day.

“I miss seeing my friends in an environment where they are most completely themselves.

“I miss building something together with my club, in it together.

“I miss waking up on game day, packing my bag hardly being able to eat.

“I miss watching the reserves and talking absolute jive with the boys, coffee in hand.

“I miss the hour after the game, sitting and having a beer in the rooms.

“Can’t wait to see everyone.”

For those who weren’t already aware of the type of person he is, that post typified his character and showed just why so many players have followed him into battle for so long at Dalyston.

“It was nothing to do with the actual game,” he told the Gazette of his post earlier this week.

“That’s what I’ve learned the most – I could be without footy, not that I want that, but it’s all the other stuff that goes along with it that I miss the most.

“At Daly, we have to do everything together as one in order to keep moving forward as a club.

“That’s why we work so hard on our family values and keeping everyone connected and things like that – because we really need it.

“Quite quickly, as you’ve seen in the past 15 years, we’ve gone from being down, to all the way at the top, to quickly going back down again. It is a really slippery slope for the smaller clubs.”

Carew has learned that the secret to the success of his club, and so many others like it in small communities across Gippsland, is genuine togetherness – the type of genuine mateship that can’t be fabricated.

“The first month or so of the first lockdown just showed how tight we are as a group,” he said.

“We probably took it for granted, as most people did.

“I’m not normally one to make or take too many phone calls, but the amount I’ve received just from my mates at the club – older and younger – made me reach out to people I hadn’t spoken to for a long time.

“Out of the darkness – and this is the really encouraging thing – a lot of people are using this as time to reflect, and we’ve got that extra time to think about who, and what, is important to us. I know I have.”

It became clear to Carew just what the Dalyston Football Netball Club means to its people when, even after the senior WGFNC season had been officially called off for 2020, its players kept turning up to the ground in droves to have a kick with the juniors and help them train.

At times, caps on permitted numbers meant players had to sit in their cars and just watch on.

“He’s really brought us all together without even being at the club yet, which is pretty amazing,” Carew said.

“He’s an amazing guy – he’s been around the club a lot previously, but he’s brought all this energy and he’s the opposite to me – he can’t get off the phone.

“He checks in with everyone to make sure we’re all ok, and the guys who’ve been around a while, he encourages them to be involved in more than just the footy side – to get them involved in the committee, to try and encourage the juniors, to get them learning about coaching.

“He’s been able to prompt people to think about that kind of thing. We’ve got guys who’ve been at the club for a long time and he’s already challenged them to think about how else they can help the club, other than just on the field.”

For Dunlop and Carew alike, it really is about so much more than just those few hours on game day.

And neither have to go too far to put football into perspective when it comes to the grand scheme of things.

Lucas Ion will make his return to the field in 2021, having survived and fought back from the tragic accident that claimed the life of his brother Campbell at just 16 last year.

The forced cancellation of the 2020 season was the only thing stopping Lucas from making his comeback this year, and his enthusiasm and zest for life has served as one hell of an inspiration for Carew and his club mates.

Jackie and Louis Armstrong, a mother and son involved at Dalyston, spoke of their own experiences during the pandemic for the ‘it’s more than a game’ series just a few weeks ago.

Louis is rising through the Magpie ranks as a player, while his mum Jackie is also firmly entrenched in the club’s community.

And that’s exactly what clubs such as Dalyston revolve around – community.

These clubs are the beating heartbeat of their small corners of the country and, without the hive of activity that comes with the local sport, there are many feeling a genuine sense of loss.

“I have a history of depression, and I live for the football season because that’s my socialisation,” Jackie said, simply.

“When Covid first hit and the kids were still able to train, I said to the club that I didn’t care if the kids couldn’t even play – as long as they could stay together and train for as long as possible.

“I could notice the difference in Louis without it – he was going downhill, mentally, and it was horrible to see.

“Having gone down that path, myself, I just didn’t want him to have to experience it.”

Louis was set for an under-18s campaign in 2020 before Covid struck, and Jackie was set to be team manager.

She said local clubs of all kinds – and particularly football netball clubs in the country – are invaluable to providing that genuine sense of belonging and community.

“Not being able to catch up and socialise in the ways we normally would has been very challenging,” she said.

“But the club has been fantastic to us.”

And that, in no small part, is due to the efforts of senior skipper Carew; club president Andy Thomas; and Bobbie Lee Blay, who is in the player welfare and leadership space at the club.

“They’ve all been brilliant,” Jackie said.

Louis continued: “My goal at the start of the season was to play senior footy and it looked like it could have happened, but the week before we started playing the lockdown in the first wave came.

Louis said there are a number of group chat messages at the club that keep him and his team mates informed.

And the banter between them all is a real highlight – to keep some levity and to stay connected in such a challenging period. Again, physical distancing doesn’t have to mean social distancing.

“A lot of the boys have put their hands up and said they’re there for me if I need anything, and they’re always checking up on me – which I really appreciate,” Louis said.

“It’s really important we’re all there for each other.”

Jackie and Louis both praised Bobbie Lee in her involvement at the club, even though the 2020 campaign never got the chance to get off the ground.

“I haven’t known her for very long but I connected with her straight away and she’s always there for me and asking me if I need any help with anything,” Louis said, while adding he felt all clubs could benefit from someone in such a role.

“You can just get along with her so easily, and all the other boys as well. She’s great to be around at the club.”

Louis explained that it’s not even necessarily the playing side of things that he misses most right now – it’s the social aspect of the club environment.

“They’re like a second family to you, all those boys you’ve grown up around and played with,” he said.

“All of a sudden, when we’ve never experienced anything like this before, it hits pretty hard.”

Jackie said she lives for the footy season, and everything that comes along with it.
“I’ve just met so many new friends, so many great people, through footy – it’s seriously my life,” she said.

Jackie has always emphasised the importance of Louis reaching out to his mates whenever he needs to talk.
“They’ve been fantastic to him, and he always seems to feel better after he’s had a chat with them,” she said.

And Louis knows just how important it is to look after, and look out for, his mates.

“We all know we’ve got each other, and we’ve stayed connected on social media and every few days we’ll check in on each other and make sure our mates are alright, and we stay updated on each other’s progress,” he said.

“All of us are always asking after each other, because we can all relate to the same situation.

“Hopefully sharing our story like this helps others realise we’re going through the same thing.

“If this helps open other people’s minds to talk to each other more – as much as possible, even though we’re in lockdown – then it’s made a difference.” 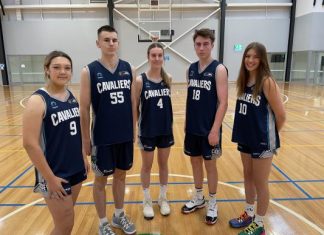 Plan hatched to save Joe