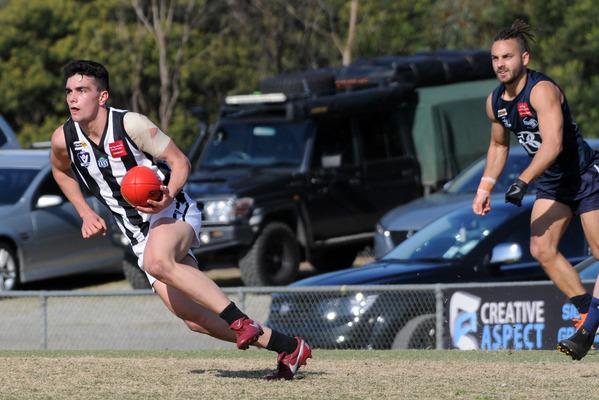 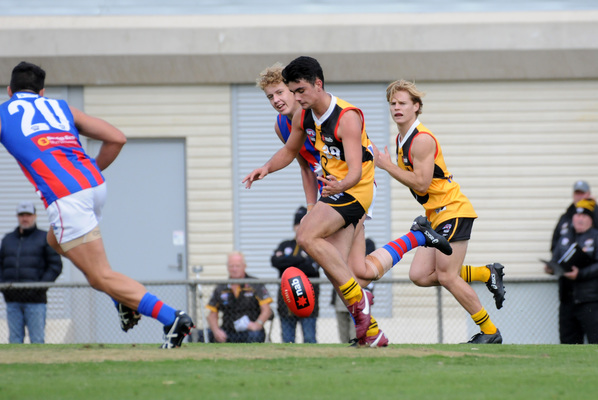 Jack Toner was at the beach with his dog when a text message came through that changed the course of his 2020 season.

The 19-year-old – who finished runner-up in the Dandenong Stingrays’ best and fairest in 2019 behind now Fremantle Docker Hayden Young, as well as playing a crucial role in Narre Warren’s memorable senior football premiership against Berwick in AFL Outer East – was slated to line-up with Sandringham in the VFL this season after being overlooked in the AFL draft.

But instead, the young gun from the south-east will ply his trade interstate in the SANFL with Central District as he looks to build on his football, grow more as a person, and attract the attention of AFL recruiters.

He said that the move was very much “out of the blue”, and one he needed to really think about carefully, but was delighted the opportunity has presented itself and will do everything he can to prove himself at his new club.

“Dad sent me a text which had been forwarded on from his mate, Nick Rutley, who coached the Dandenong Stingrays’ girls last year, and he said basically in short ‘mate, would Jack be interested in playing interstate, I’ve got a few contacts with VFL being unlikely at that stage’,” he told the Star News on the last day of his mandatory 14-day isolation in South Australia last Friday.

“I sat on it for a week or two, and thought why not? – it’ll be an awesome experience and I had a chat with Jeff (Andrews) at Centrals and he seemed great and really keen and eager to have me, and he has plans for my future so I’ve got all my faith in him at the moment.”

Toner has moved over to South Australia by himself but is pleased to have another young player also make the move to the Bulldogs, which will help him transition into his new surroundings.

“Another Victorian kid, Cam Wild from the Bushrangers, has come over for the same reasons as me which is great,” he said.

“With the VFL season being a bit uncertain at the time he’s moved over too – it’s great that they’ll get a seven-round season in, but I think we’ll get in 14 games over here plus finals which I’m excited about.”

While Sandringham was the perfect fit for Toner moving forward, the uncertainty of the season – particularly in Victoria – was the catalyst for the move over to South Australia, and one he views as an essential life experience and one that will hold him in good stead in the future.

“I spoke to a few VFL clubs, but I really liked Ben McGlynn (Zebras coach) and all the coaching staff so they seemed like the best fit,” he said.

“And I still do, without a doubt, and I’ve got some really good mates there which I united with from Haileybury.

“(But) the Covid thing came about, and the opportunity presented itself to play footy interstate and I thought ‘there’s no better way to make the most of what hasn’t been a great year’, so I decided to go over to the SANFL, which is still a really high standard of footy.

“I want to give myself a life experience that I definitely wouldn’t be able to if Covid wasn’t around, so I’ll make the most of it for sure.”

While dedicating plenty of time to training, playing and improving as a footballer, Toner is currently doing a Bachelor of Commerce at Deakin University, and will be working remotely from his laptop at his parents’ plumbing business to keep himself occupied in his new surroundings.

Toner’s last game of competitive football was in last year’s AFL Outer East Premier Division grand final on AFL Grand Final eve, a match where the youngster showed tremendous poise to help his local club, Narre Warren, to a senior premiership after a stellar season at NAB League level with the Stingrays, where he averaged 20 disposals a match.

In that particular grand final, which featured a string of ex-AFL players and VFL-listed players, the youngster almost looked like he was playing with a dry football in what was a rain-soaked match at Pakenham’s Toomuc Reserve.

He hopes the burning desire to get back on to the football field and play for points drives him to great heights this season in the state-league, with just a handful of scratch matches under his belt so far in 2020.

“I would love it if my first game this year was the same sort of enjoyment as the grand final, but in the meantime this year I’ve played in an intra-club with St Kilda, filing in with the Sandy boys, and then I played a practice match against Collingwood,” he said.

“But I’m very eager to get out there, and especially when football is a big part of your life and they take it away for a few months.

“I’m burning to just get out there and play, and even just train.”

While the new Bulldog was left disappointed after being overlooked for a spot on an AFL list last year, he said that the self-realisation of what he needs to work on was massive in his mindset for approaching 2020.

“I was disappointed with how last year panned out – I felt like I had a really strong year and didn’t quite get the recognition from the AFL clubs,” he said.

“But upon reflection, there are things I need to work on, so I’ll be doing my best to make myself a more attractive candidate for clubs in 2021 and beyond.

“I’m taking the long course, but I’m willing to do the work and stick to the right path and get good people around me.

“I know I’m only 19, so I’ve got time to improve myself over the next couple of years – I’ve got some capabilities that I can really add to the club.”

While Toner eventually hopes to develop into a strong inside midfielder in the future, he just wants to lock down a role in the back six at SANFL level and become one of the most difficult defenders in the competition to match up on.

“I’m not that tall or as athletically gifted as other mids at the moment, with the likes of Dan Menzel and such running around in our midfield, so I’m just going to hone in my craft as being a good small defender and provide some run,” he said.