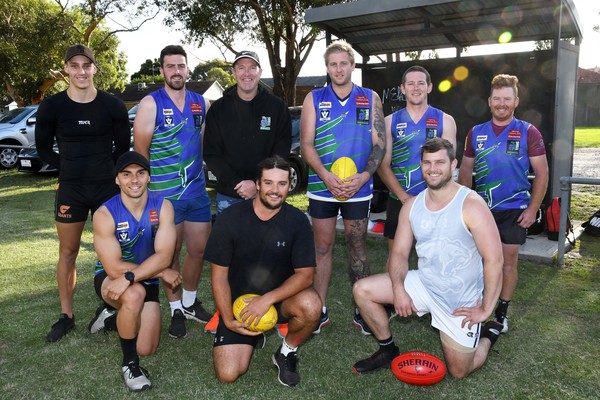 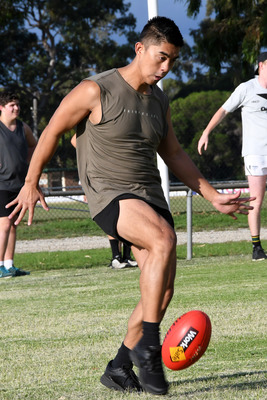 There will be no such thing as an excuse for Berwick Springs as it looks to make a genuine splash in the AFL Outer East Division 1 season. The inaugural senior football club will be going full tilt as it looks to make an instant impression on the competition, building a strong senior core of […]

There will be no such thing as an excuse for Berwick Springs as it looks to make a genuine splash in the AFL Outer East Division 1 season.

The inaugural senior football club will be going full tilt as it looks to make an instant impression on the competition, building a strong senior core of players and bringing in some valuable experience to its coaching panel ahead of its opening round clash against Belgrave on 18 April.

“We’ve started a few scratch matches at training, and everyone’s getting a bit itchy I think – we’re looking forward to it, we want to see where stand and we think we can be really competitive,” senior coach Rodney Benstead told the Gazette.

“Our recruiting and preparation has been fantastic, so we’re all really looking forward to it.”

The Titans – as expected – have been heavy on the recruitment front as it gears up for the season.

From the coaching perspective, Benstead – a renowned coach – will be joined by ex-St Kilda listed Scott Morrison as senior assistant coach, while the highly regarded Dean Jones will also form part of the football department. Both have been involved in the local and elite scene for a number of years and will add great knowledge to the young club. Recruit Jono Pittman will also serve as a playing assistant coach after over 200 senior games.

In 2019, the Titans entered an Under 18 side in the Outer East Premier Division competition, performing admirably and banking six wins in its inaugural season, showcasing some of its developing talent.

Benstead said that while each of the club’s new recruits brought in to help push along the kids will add something from an on-field perspective, more importantly they’re driving the senior football culture – an aspect critical in successful community sporting clubs.

“Some really good players have come into the club and with really good attitudes – we feel really privileged to get them on board,” he said.

“They’ve shown some really good leadership, and to be honest, I couldn’t be happier with what we’ve brought into the football club.”

While it’s a relative unknown as to just where the Titans sit in the Division 1 pecking order, Benstead said that there’s no reason why his side can’t be a threat.

“You can start making excuses that we’re a new club, but I’m not in that game, we think we have a team that can compete,” he said.

“I know there are challenges and it’ll be difficult, but I look at the players and they want instant success.

“Going into Division 1 is a real challenge, and it’s a pretty even comp – you look at last year’s results, and Pakenham and Doveton did well, and Doveton won from fourth, so we think we can be competitive.

“There’s no expectation – we’ll go out to win every single week and I think we’ll have our fair share of wins.”

Benstead – himself a renowned coach highly-regarded within the south-east and formally part of the Titans as a junior coach – said that putting together his inaugural list has been one full of challenges, but one he believes will ultimately drive a successful future for his club.

“It’s been an intense process, not just in coaching but I’ve had a more holistic approach – like I say to the players, you’ve got to embrace the imperfection of football and of a start-up club, and I think that’s brought us closer,” he said.

“We may not have the best facility, but if we do the hard work it’ll hold us in good stead – these experiences that have been difficult will present a positive attitude when the whips are cracking.

“There have been some phases that haven’t been easy, but you have to embrace them – you have to be honest and transparent.

“We’re playing out at Sweeney so we don’t really have a home base, but we’re up to the challenge.”

With a round one clash looming against the Magpies away from home, Benstead said his side couldn’t wait to get right into the thick of it and make an early statement, and challenge themselves on one of many different Outer East grounds they will play on in 2020.

“We’ve got Belgrave in round one and that’s a smaller ground, so we’ve talked about it – this league offers a lot of different challenges, and some of the Outer East teams perform well in different grounds,” he said.

“But we want to be hard at the ball and at the contest, we want to create a pressure valve that’s consistent and I think if you get the fundamental’s right over and over, you’ll be a chance in most games.

“We’ll set targets, and we think we can reach it – it’s genuinely exciting.”