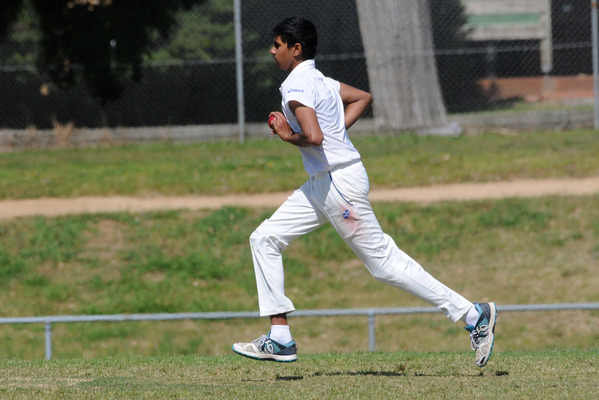 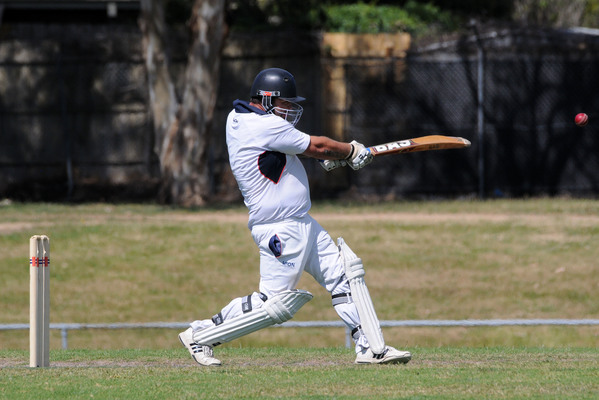 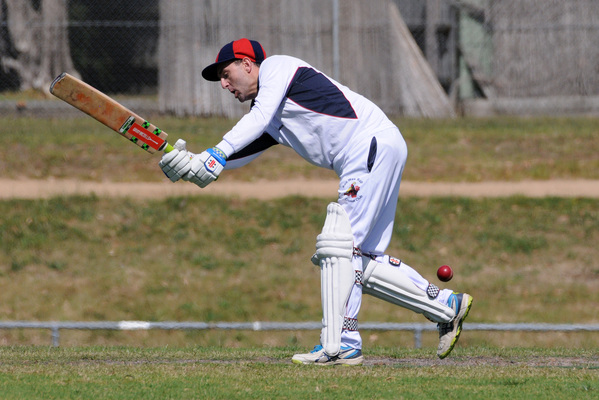 Clyde hung on in a tight run chase against Gembrook on Saturday.

In week one, Clyde posted a bleak 155 on the board but after a standout performance with the ball from Daniel Waite, the Cougars claimed the points.

Waite snagged 6/47 from 26 overs in the big win, while Stuart Williams nabbed the rest of the wickets with 4/51.

Chasing Carlisle Park’s 9/196 from week one, the Marygoons were coasting along with strong starts from almost everyone in the middle order.

But when the Marygoons lost two wickets closing in on the Vikings’ total, including the ninth when scores were level, the nerves began to rise.

But a handy 10th wicket partnership got the Marygoons over the line to a one-wicket win.

Devon Meadows flexed its muscles over Pakenham Upper/Toomuc in a comfortable win.

The Panthers set 8/216 last week and the Yabbies struggled to make the slightest inroads of the total on Saturday, bowled out for only 88.

Emerald claimed a solid win over Aura Vale to inch closer to the top four with the Lakers falling 53 runs short of the target after the Bombers bowled impressively.

Merinda Park secured a five-wicket win over Officer in a bold run chase on Saturday.

Chasing the Bullants’ 146-run total, the day didn’t get off to a dream start for the Cobras who lost star batsman John Cuthbertson for only eight.

Liam Bertrand recorded his first half-century of the season (67) to secure victory for the Cobras.

With the ball for the Bullants, Jayson Dryden pushed his claim to get into back into the twos with 5/49 from 26 overs. From his last two games in C grade he has claimed nine wickets and bowled over 26 overs on both occasions.

Nyora was always going to be hard to beat after posting 8/327 on day one.

This week it was a different Hackett who ran riot, after Gavin’s 165 last week. Jake was the star of the day with the ball this week.

He claimed 3/28 from 12 but did the damage early with the top three batsman all in quick succession.

When Hackett had the first three, the Bulls were 3/18 and in all sorts.

Darren Oates was handy with the bat down the order for the Bulls, top scoring with 26, one run shy of his career best but the Bulls were ultimately rolled for just 115.

With 111 on the board, a top notch bowling display is required to secure victory.

And for Tooradin, that is exactly what they delivered.

Upper Beaconsfield was off to a steady start at 1/48, but that is when the carnage begun.

Chasing the Rebels’ 275, the Lions lost constant wickets in reply, bowled out in the first dig for 129. Munish Mahajan did the brunt of the damage with 4/29.

With a handy lead, the Rebels sent Pakenham back in for a second knock in attempt to claim an outright win, but this time the Lions were strong with the bat, moving to 2/94 before the game was called.

The Rebels remain the team to beat in C Grade as they sit six points clear on top of the ladder.

The Vikings set a dominant 8/273 at stumps on week one, and in reply the Rebels fell just short, being bowled out for 250 in the 62nd over.

Will Cloney made cricket look easy in his first innings for the year with 103 for the Rebels while Doug Knowles took 6/53 with the ball.

Kooweerup, meanwhile, claimed victory courtesy of a strong display from its top order.

Chasing Clyde’s 241, the Demons top order all got starts, which made the total all the more simple.

Bailey Perry went on with it, notching 58, while 38 extras from the Cougars certainly helped the Demons’ cause.

After Aura Vale posted 176 in week one, the Swamp Tigers were in all sorts in the first innings, bundled out for 63.

Jack Ryan bowled hand grenades as he claimed 6/13 from 18 overs in the first innings.

After the Swamp Tigers only registered 63, Aura Vale sent them back in and they didn’t make the same mistakes with the bat, moving to 3/70 before stumps was called.

Hayden Laidlaw notched an impressive 29 in the second dig, while Ryan was put on ice in the second innings by not bowling a single delivery.

The Bombers posted 9/185 last week and proved it was more than enough with the ball on day two.

Kooweerup and Carlisle Park sit atop of the D grade ladder ahead of five teams who all sit on 30 points.

Officer hung on in a run fest at Toomuc Reserve on Saturday.

After the Bullants notched 7/230 on week one, the Lions made a great fist of the big total, bowled out for 221.

Lions captain Rod Downes (118) recorded his first century of the seaoson when he got his side off to the perfect start.

He was sending them everywhere, but was dismissed when the team was on 156.

Unfortunately for the skipper, no one went with him in the chase, as the Lions fell short of victory.

With the ball, club president Tim Smith was the man of the day for the Bullants as he snagged 7/105 from 24 overs.

Gembrook claimed victory over Tooradin in a low scoring affair.

The Brookers posted 149 and the Gulls could only manage 135.

Club coach Brett Armitage was the star of the match with 83 for the Cobras.

The Panthers set 164 and the Yabbies chased it down with four wickets in the shed.

Mitch Mibus was the star with the bat, scoring 67, while Trent D’Alton took 3/43 with the ball.

Clyde burst home to an eight-wicket win against Merinda Park.

The Cougars chased the total down in almost 20 overs, courtesy of a blistering 90 from Joel Driver.

The Bulls posted 143, before bundling the Vikings out for 88.

Ash Jones had a great day with the ball, grabbing 5/26.

Lang Lang, meanwhile, had a disastrous day against Devon Meadows.

Lang Lang was bowled out in the first innings for 33 and 75 in the second, while the Panthers recorded 124, claiming outright by 16 runs.

Pakenham also had an impressive week against Officer, with the Lions fancying their chances for an outright win.

The Lions bowled the Bullants out for 77, then notched 192, before sending Officer back in.

The Bullants held firm in the second innings, moving to 4/55 before the Lions took home first innings points.

It was a big win for Pakenham as Officer is a contending side this season.

ONE DAY COMPETITION – ROUND 8

Emerald notched a huge win over Nyora on Saturday.

The Bombers set a whopping 1/210 from 35 overs, with Brett Maddock scoring 73. Nyora could only scramble 137 in its reply.

Upper Beaconsfield flexed its muscles over Pakenham Upper/Toomuc in a game that was all over inside 32 overs on Saturday.

Braedyn Bowden nabbed 3/4 with the ball from 6.1 overs.

The Yabbies only managed 8/31 before the Maroons made light work of the total, chasing it one down in eight overs.

Cranbourne Meadows recorded a 31-run win in a high-scoring display against Kooweerup.

The Rebels scored 4/197, and in reply the Demons got to 166 in an entertaining match.

The Marygoons chased down the Lions’ 124 with five wickets in the shed after 43 from Seamus Hill.

The Rebels sit atop the ladder by a win, ahead of the Marygoons in a very even competition.