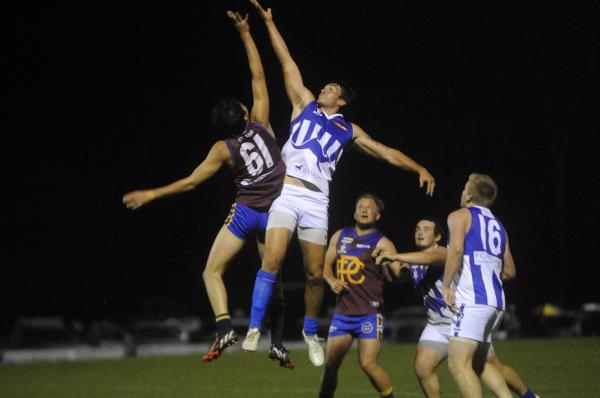 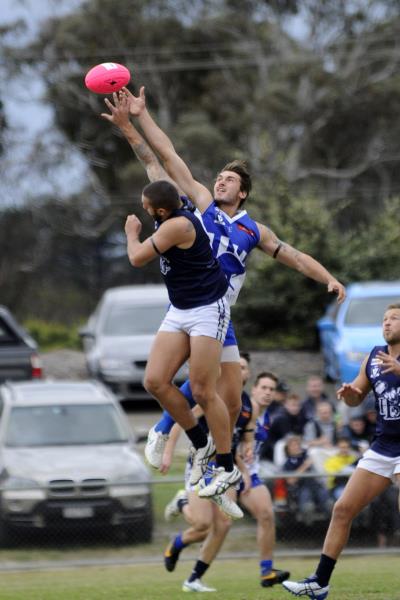 What an inclusion for the Officer Senior Football Club. Fresh off a strong 2019 season in the inaugural season of AFL Outer East’s Division 1 competition – which saw the Kangaroos reach a semi-final – the club has been bolstered by the signing of a big man sure to turn heads, and keep opposition sides […]

What an inclusion for the Officer Senior Football Club.

Fresh off a strong 2019 season in the inaugural season of AFL Outer East’s Division 1 competition – which saw the Kangaroos reach a semi-final – the club has been bolstered by the signing of a big man sure to turn heads, and keep opposition sides on their toes.

Returning from Thomastown after a two-year stint in the Northern Football Netball League, star ruckman Dylan Chapman will once again don the Officer colours in a coup for the club and the competition, returning to the club he dominated for over a four-year period.

In 2019, the big man turned in yet another impressive campaign for the Bears, making the Division 2 Team of the Year, and finishing fourth in the club best and fairest after being named in the best 11 times out of 16 games.

Chapman’s resume in the south-east is extensive. During his time at the Kangaroos, the big man was named in the SEFNL’s Team of the Year in 2016, won the club best and fairest in 2016, and finished runner-up on two occasions.

Now back at his beloved Starling Road ready to take the AFL Outer East on after taking on an opportunity at Thomastown to spend more time with family, Chapman is delighted to put pen to paper at the Kangaroos and get to work.

“It’s a chance to come back and play with my mates again, I really missed it,” he said.

“Ultimately I want some success in my football and I think Officer is on the verge of something special and I didn’t want to miss it.

“I learnt a lot in my time away and I’m hoping to bring some of those experiences and that knowledge back to the club and impart that upon what is a relatively young playing group to help drive us forward.

“My favourite things about the place are the friendships, it something I really missed and I’m glad to back part of it again. Officer Footy Club has always been my home.”

Chapman will play alongside back-to-back Team of the Year ruckman Sean Roach in a potent ruck duo that is sure to be the envy of the competition, adding another dimension to coach Doug Koop’s side.

Koop said that adding someone of Chapman’s calibre to what they’ve already got will only benefit the side in the short, and long term.

“Dylan is a former best and fairest winner and will be an excellent addition alongside the best ruckman in the competition (Sean Roach),” he said with a chuckle.

“He’s an old style player who plays for the jumper; he’s also a proven leader and a very good player.

“Dylan’s inclusion gives us flexibility in the big man department, a lot of the better sides we’ve played have a number of good big blokes and Dylan can only help make us better.”

Kangaroos president Nick McLennan said the club was delighted to welcome back Chapman, believing that it was a sign that the club was moving in the right direction.

“Dylan left a big hole in our side when he moved to Thomastown and was an important player for us, but I’m happy to say he’s only got better in his time away,” he said.

“We’re excited to have Dylan back not only because of his ability on field but also because of what he brings to the club as a whole. He’s a leader and the playing group love him, Officer is his home and where he made a name for himself.

“Bringing Dylan back is important for us as a club, whilst he’ll improve our list it also demonstrates how far we’ve come.

“Having players move on has been all too common over the past few years, but with players like Dylan looking to return it proves that the club is now heading in the right direction.

“I’m just excited to see Sean Roach and Chappy line up alongside each other, you’d be hard pressed to name a more formidable ruck due in local football and I think a few sides are going to get a bit of a shock when they see these to giants standing side by side on 2020.”

The Kangaroos have also added a couple of other handy recruits as it gears up for 2020, with South Belgrave pair and 2019 premiership players Jack Brettoner and Anthony Bernardo also joining the club. Brettoner, in particular, had a big day in the Division 3 grand final by being named in the best.

“We are happy to welcome a number of other recruits including Jack and Anthony Bernardo from South Belgrave,” he said.

“Both are highly regarded, Bernardo will add some grunt to our engine room, whilst Brettoner is a mobile tall who can play at either end.”

The Gazette understands that the Kangaroos are eyeing off further recruits as they look to bolster its list further ahead of the 2020 season.