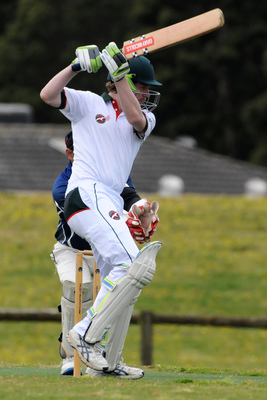 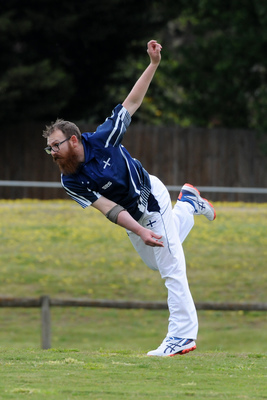 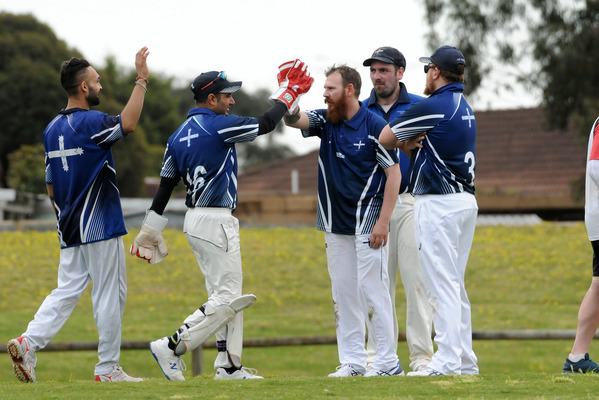 Carlisle Park Vikings got its season off to the brightest possible start, defeating Aura Vale by just two runs at home on Saturday.

The Vikings won the toss and elected to bat on the first day of the season, and it was the Rahil Gandhi show, with the batsman notching up a superb 102, a knock featuring nine fours as his side racked up 4/225 off its 40 overs. Keeper Iqbal Soi provided terrific support for Gandhi, cracking 52 at the top of the order.

Despite leaking runs at a steady rate, Louis Nichols was the pick of the bowlers for the Lakers, snaring 2/37 off his seven overs.

The Lakers – through a collective team effort – gave the chase an almighty crack, but ultimately ran out of time, finishing on 7/223, with Jason Batty the top scorer with 44.

Down at Harry Blackman Oval, Clyde got the better of Pakenham Upper Toomuc.

The Cougars were well served by Roshan Bandara, who held the innings together with a gritty 47 as the visitors clawed their way to 9/157 after some late fireworks.

Skipper Jake Abel was almost unplayable for the Yabbies, snaring the incredible figures of 5/17, including three maidens.

While Abel battled valiantly to crack 40 himself with the bat in the chase, the Cougars had too much to handle, rolling the Yabbies for 98 in the 36th over.

Max Adams (3/12) and Bandara (3/19) each made life difficult for the Yabbies, ripping through the top order to set the win up.

In the remaining games in the opening weekend of the season, Devon Meadows (9/178) chased down Emerald’s 8/175 with just two balls to spare, and Nar Nar Goon/Maryknoll (9/177) defeated Gembrook (143).

An incredible century from Matthew Hutson has set up a thrilling Upper Beaconsfield victory against Nyora away from home on Saturday.

Hutson cracked an unbeaten 106, belting 11 fours and a six to guide the Maroons to a competitive 8/157 off their 40 overs, playing a lone hand as wickets – mostly from Keith Maclure (3/11) and Shane Warren (3/36) – tumbled around him in a vintage way to the start the season.

The glorious century proved just enough to hold off Nyora, who battled hard through skipper Gavin Hackett (55) to reach 148 with a ball to spare, with David Westra (6/31) absolutely starring with the ball to take the game away.

Pakenham, meanwhile, just got the job done off the final ball of the innings, chasing down Officer’s total to begin the season with a thrilling victory.

After the Bullants batted well to post 8/185, with Matt Payne (45) and Andrew Tucker (40) doing the bulk of the damage, the Lions found themselves 4/77 and battling to find enough momentum to chase the total down.

But a terrific stand from Troy Wilson (46 not out) and Fraser Selby (43) proved the difference, helping the Lions claw its way back and set up a grandstand finish.

The Lions eventually did enough to win off the last ball of the day in a great confidence booster to start off the season.

Clyde proved that they’re likely to be a tough team to topple in 2019/20, easily accounting for Emerald at Mountain Road Recreation Reserve.

The Bombers were restricted to just 9/131 despite a fighting 45 from Steven Kapahnke, with Tristan Walton (3/9) providing serious headaches with the new ball.

The Cougars easily raced down the runs just two wickets down, batting out their overs to eventually reach 2/164 off 40 overs.

Brett Whittingham (48) and Jake Hodgson (32 not out) were among the runs for the Cougars on a terrific day.

Kooweerup, meanwhile, got the better of Carlisle Park Vikings at Cora Lynn by 33 runs.

The Demons had a bat first after winning the toss, with openers Brent Wilson (86) and Jesse Depasquale (17) rattling along to 63 for the first wicket, before the Vikings managed to break through and eventually leave the home side 4/120.

But Wilson kept finding the boundaries to anchor the innings, with his cracking knock seeing the Demons reach 183 off 38 overs.

Doug Knowles (5/25) picked up a bag of wickets for the Vikings.

The Vikings looked like they might give the chase a shake, and at one stage were 2/92, but the Demons restricted them brilliantly to just 9/150 at the end of the game.

In the remaining matches, Lang Lang (4/127) brushed aside Nar Nar Goon/Maryknoll (118), with Hayden Laidlaw cracking an unbeaten 54, while Aura Vale (6/182) flexed its muscles with a dominant performance against Cranbourne Meadows (52).

Merinda Park clinched an opening round win against Devon Meadows off the final ball of the game at Junction Village.

The Cobras – chasing 136 for victory – just got the 12 points, finding the runs at the last gasp and with just two wickets left in the shed, despite a brilliant spell of bowling from the Panthers’ Brett Irvine (5/19).

Martin Donaldson (49) was the main man for the Cobras in the second innings, while lower grades run machine John Cuthbertson contributed 28.

Cranbourne Meadows, meanwhile, got off to a strong start with an away victory against Pakenham.

The Rebels notched up 6/145 off their 40 overs after winning the toss and batting, with Shannon Marrell (42) top scoring. With the ball, Deepak Gusain (3/25) provided some trouble for the visitors.

The Lions were always in the chase after getting off to a solid, but not spectacular start, and eventually finished on 7/139.

A dominant start to the season from Cardinia saw the Bulls register a 10-wicket win against Pakenham.

The Bulls chased down the Lions’ 69 in just 15.4 overs, with Chris Remy belting an unbeaten 49.