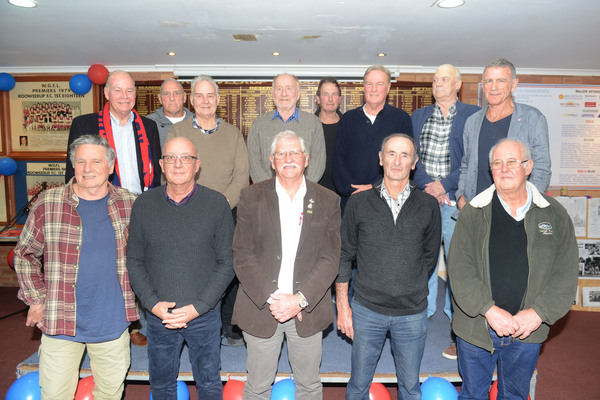 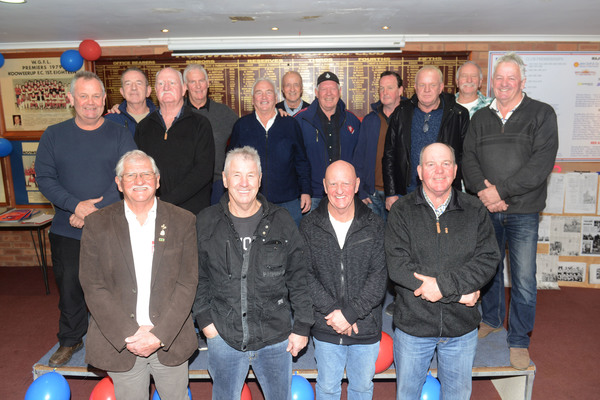 That sweet, sweet feeling of senior football premiership glory hasn’t been experienced by too many at Kooweerup in recent decades. […]

That sweet, sweet feeling of senior football premiership glory hasn’t been experienced by too many at Kooweerup in recent decades.

So that’s what made the coming together of representatives of the 1969 and 1979 premiership sides at Denhams Road late last month so special.

Past players, coaches, committee members, and supporters all converged on Kooweerup’s spiritual home for a particularly special reunion.

Ron Ingram was crucial in helping to piece together the whereabouts of so many of those who attended – coming from far and wide, from all corners, for the occasion.

While Gary King was also an instrumental force behind the day. He put the call out for anyone and everyone to come forward with their Kooweerup Football Club memorabilia to help with a book he’s producing on the history of his beloved Demons.

Monash MP Russell Broadbent was the special guest for the day – not as the local member of parliament, but as a past premiership player.

He started with the Demons as an under-16 in 1963 and played 52 games, kicking 28 goals. He played his first senior game in 1967, as a sub-six-foot key backman. His father, Ben, played before and after the war, and his brother Peter also played in the reserves. He would go on to be a trainer with the football club.

The Broadbent name, clearly, is an important one in the history of the Demons.

Mr Broadbent was instrumental in Kooweerup’s push in recent years to upgrade their facilities by securing vital government funding, but spoke at the reunion of his recollections of his playing days – starting with the core group that came through the third 18, backed by the insistence of their coaches that they continually improve their skills, week after week.

Mr Broadbent also spoke about a number of Kooweerup’s most famous families – namely the Ingrams and the Eslers – and just what they’ve meant to the football club throughout the generations.

“It didn’t happen in a day – it happened over a number of years,” he said of the premiership success he was part of.

“It’s really important that clubs like this continue in the way they do, and the fact you’ve all come together today is fantastic.

Wayne Esler and John McKenzie were two of the other speakers two speak about their premiership experiences on the day, and Mr Broadbent spoke of Esler in the highest regard.

“If you had the pleasure of seeing Wayne play, you wouldn’t have seen a more dogged, determined, tough, never-give-up footballer on the ground.

“In those days, in those conditions, you’d run into the ground – not on to it – and he was an absolute standout.”