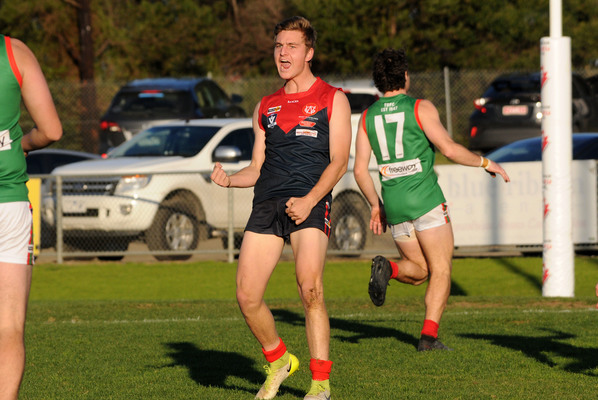 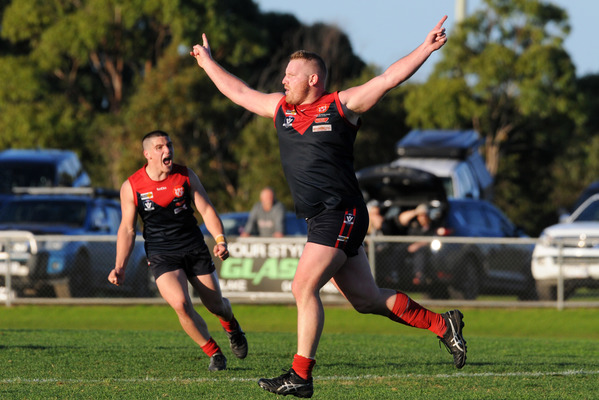 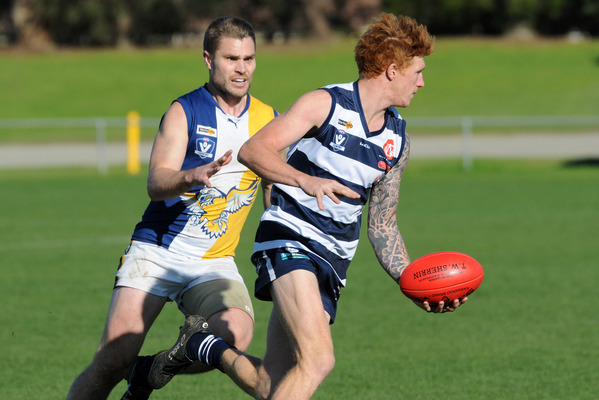 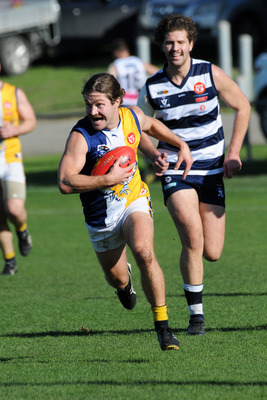 After dropping games against Nar Nar Goon, Cora Lynn, and Phillip Island in the season’s early going, Kooweerup continues to make its charge towards a finals berth in what is shaping up as another intriguing season.

The Demons now sit a game inside the five courtesy of victories over three other finals aspirants over the past month – the most recent of those coming against WGFNC newcomer Tooradin-Dalmore at Denhams Road on Saturday.

Their Round 9 showdown marked the first occasion the two neighbouring rivals would face off in the new West Gippsland era, and fans descended on the ground from far and wide to watch the action unfold.

Unsurprisingly, there was plenty of pride on the line throughout the contest and a quintet of Demons stars stood up right when the occasion called for it.

Joel Gibson, Nathan Voss, Luke Walker, Nathan Muratore and skipper Tim Miller led the charge for the hometown Demons as they turned a four-point quarter-time deficit into a 25-point advantage by the main break.

For the Gulls, versatile forward Julian Suarez continued his strong production with three majors, while leader Jake O’Donnell also made a real difference in his return game, as did the speedy Lewis Hill.

The Demons are now a game clear of the logjam of four sides battling it out for the all-important fifth ladder position.

Two of those sides went toe-to-toe at Spencer Street on Saturday, with Nar Nar Goon emerging victorious by 31 points over Inverloch Kongwak.

The Goon’s form had been patchy since Round 4, with losses to Cora Lynn and Garfield, and a 116-point drubbing at the hands of Phillip Island all in that period.

But Saturday, right from the outset, marked an impressive turnaround.

The home side slotted four majors to one in the opening term to set up a 17-point quarter-time lead – which they maintained at the main break.

Despite the best efforts of the likes of Shem Hawking, Corey Casey and the returning Josh Purcell (for his first game of the season after a series of frustrating soft tissue injuries) the Goon just had too much class across the ground – winning 12.14 (86) to 8.7 (55).

As he so often is, Trent Armour was outstanding in the Goon’s win, as were the likes of Mitch Virtue, Brendan Hermann, and Sam Blackwood. Key forward Matt Stevens slotted three majors to take his season tally to 21 through his first nine games.

With the result, the Sea Eagles are now just percentage clear of both the Goon (in seventh), and the sixth-placed Bunyip which enjoyed a comprehensive 62-point home win over Dalyston.

The Yips trailed by a goal at quarter-time, before turning that around to lead by 11 points at the half.

Elsewhere, Garfield survived a real danger game at the showgrounds against Korumburra-Bena courtesy of a fast start.

In the remaining game of the round, the Warragul Industrials proved far too strong for the visiting Kilcunda Bass at Western Park – winning by 55 points, 17.7 (109) to 8.6 (54).

Corey Nickels booted six goals for the home side in a starring role up forward, while Shane Brewster (four goals), and Tyson Bale also shone.