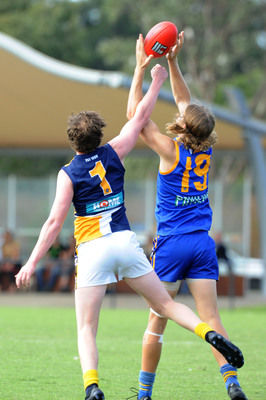 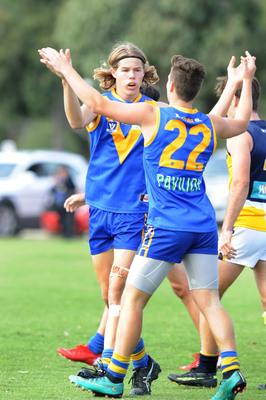 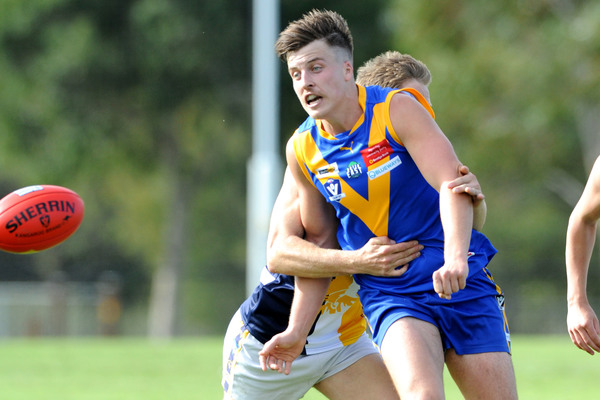 One thing that’s certain in a season of genuine unknowns is that Cranbourne’s energy and flair from its young list will make any opposition quiver. They run hard, take the game on, and never flinch in the contest, and while it’s likely there will be fluctuations throughout 2019, it really is the dawning of a […]

One thing that’s certain in a season of genuine unknowns is that Cranbourne’s energy and flair from its young list will make any opposition quiver.

They run hard, take the game on, and never flinch in the contest, and while it’s likely there will be fluctuations throughout 2019, it really is the dawning of a new era down at Casey Fields.

Most of the narrative of the Eagles’ off-season has been the departure of many key names, none bigger than that of the legendary Marc Holt, as well as speculation about the club’s future, but the Eagles brushed all that aside and showed a glimpse of its exciting future with a comfortable win over local rivals Beaconsfield at Frenken Homes Oval on Saturday to kick off life in AFL Outer East.

With bursting blue skies and a tinge of warmth making for perfect football conditions, it was Leigh McQuillen’s Beaconsfield that got off to a rollicking start, and it was danger signs for Cranny early.

With the ball living in Beacy’s front half, new recruit Jack Harmes made an almighty statement early, reeling in a contested mark before his rapid pressure brought about the first two goals of the match, and while Cranbourne were under the pump and looking for a way to spring off half-back, crucially, the visitors couldn’t quite make them pay.

Pressure was at an extreme, and for the first 12 minutes of the match, Cranbourne were unable to get it past the defensive side of the centre circle, yet the scoreboard couldn’t quite reflect that.

Despite Beaconsfield’s dominance around the ball and methodical movement of the footy, their ascendancy wasn’t rubber stamped, and a late fightback sparked by some class from Ryan Jones and a willingness to take the game on saw them cut the margin to a manageable 23-points at quarter time.

But that’s where the visitors’ dominance truly ended – in fact, they looked largely flat from thereafter.

From what posed as a potential blowout against a youthful looking Cranbourne side had quickly become an excellent showing, particularly from its younger brigade.

But it was their third term that was the most impressive of the day. Once again, the willingness of the likes of Nunn, Bailey Buntine, Luca Bellinvia, Dylan Cavalot, and the usual suspects in Ryan Jones, Anthony Vella and Luke Bee-Hugo, came to the fore, halting Beaconsfield’s run and creating havoc around the ground.

Despite champion ruckman Scott Meyer playing an absolute blinder, the Eagles managed to continue on their merry ways, with youngster Corey Ellison (two goals) extremely impressive in the forward line, using his agility to really impose himself on the game, stretching out the lead to 18-points.

Running out eventual 21-point winners, 13.10 (88) to 9.13 (67), Cranbourne coach Stephen O’Brien was really pleased with the side’s ability to respond after a poor first quarter.

“We had a few concerns there early, they really did come out firing,” he said.

“They’re a pretty quick team, and if you allow them to be able to run the ball like that, they’re going to hurt you.

“We had to address that pretty quickly, which we did, and credit to the guys and we got it back on even terms after that.”

O’Brien said that they have done a lot of work in getting the right mix, and was pleased with the ball movement going inside fifty, which saw the Eagles use the corridor to great effect.

“We’ve done a fair bit of work with our forwards, so it wasn’t random,” he said.

“We don’t have the big fella (Marc Holt) coming out of the square anymore that we’ve had for so long, and we’ve had to make some adjustments, and after quarter time we got some good results from it.”

Despite conceding 10 scoring shots in the first term, O’Brien praised his defensive group for holding firm, with Glenn Osborne, Brandon Osborne, Dillan Bass and Jordan Bertrand all putting in mature performances down back.

“They’re a good back six, the majority of them where from last year and a couple of new inclusions, but we’ve got some wonderful players down there, and they held up under a heap of pressure,” he said.

“That was pretty pleasing.”

With youngsters such as Bailey Buntine, Luca Bellinvia, Cameron Angus, and a number of others showing some tremendous signs, O’Brien heaped praise on both Kyle Nunn and Corey Ellison, who stood up and really got their side going with some dynamic moments.

“Both are young kids, and have a lot of potential – last year was kind of the beginning of the plan, we knew we had to start blooding some of these guys who probably weren’t getting opportunities previous to that because there’s been a lot of guys that have done it for the club for so long,” he said.

“We started that last year, and we did lose a lot of those guys that we blooded, but those two guys stuck around, and we’re hoping to see more of them throughout the year.”

With a Round 2 bye after the Easter weekend break, Cranbourne will need to wait a while to next take to the field on 4 May against Woori Yallock in Round 3, while Beaconsfield will be desperate to bounce back when they take on Narre Warren on 27 April at Kalora Park.