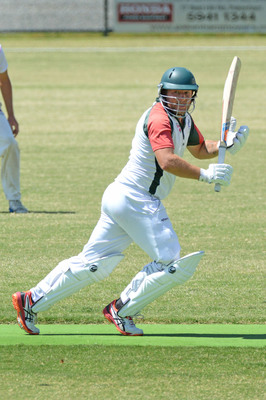 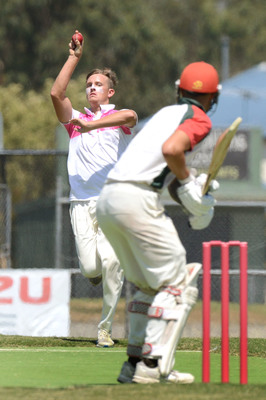 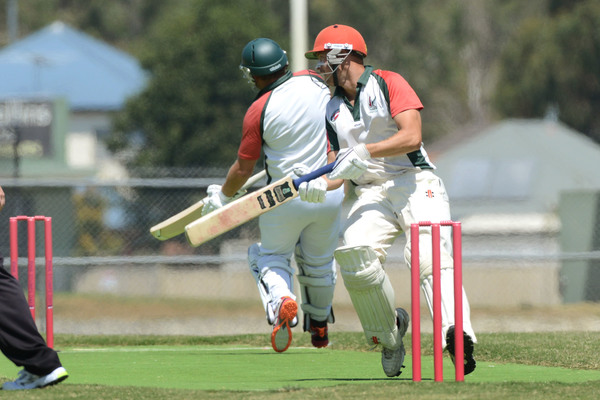 WGCA PREMIER DIVISION REVIEW – ROUND 13 (DAY ONE) In the penultimate round of the WGCA Premier season, the battle […]

In the penultimate round of the WGCA Premier season, the battle for the fourth and final spot in the postseason comes into focus.

Devon Meadows (78 points) entered Round 13 in fourth position, 10 points in advance of fifth-placed Cardinia. In possibly the most important game of the season for either team, they kicked off a two-day match on Saturday at Glover Reserve.

With so much on the line, day one was a see-sawing battle between two desperate sides.

The Panthers won the toss, sent the Bulls into bat and were unable to make any early inroads into the staunch defence of Cardinia’s opening pairing.

Matt Welsh (87) and Andrew Cianter (33) combined for a brilliant opening stand of 94 runs, before Ryan O’Connor (1/21) finally broke through to dismiss Cianter.

The wicket sparked a Panthers fightback as Bulls skipper Alex Nooy (7), along with Travis Wheller (2) and Andrew Walker (0) fell cheaply and in quick succession, unable to handle the fire of Matthew Hutchinson’s (3/37) bowling.

Hutchinson’s spell was an absolute clinic in line and length; trapping Nooy and Walker leg before wicket and knocking over Wheller’s stumps.

Day two looms as a big day for both clubs.

The match-up between Pakenham and Tooradin at Toomuc Reserve hangs in the balance after day one.

The Lions sent the Seagulls into bat in tough conditions and to Tooradin’s credit, they didn’t take a backwards step. Openers Kade Burns (77) and Russ Lehman (47) set up the innings with a fighting 121-run partnership with Lehman playing the anchor role.

Burns was a man on mission, smashing any bad deliveries for runs, but when his innings came to a close, the Seagulls experienced a batting collapse.

Skipper Callum O’Hare (0) and Josh Lownds (0) both failed to get off the mark and Tooradin had suddenly lost three wickets for just one run to be 3/122.

Kooweerup dominated play on day one of their clash against Merinda Park.

Having sent the Cobras into bat, the Demons got straight to work as skipper Mark Cooper (6/51) claimed another barnstorming five-wicket haul.

Cooper was well-supported by Luke McMaster (2/19) and despite not taking a wicket, Jess Mathers (0/14) bowled 10 maidens in his 16 overs of work to keep the pressure on Merinda Park.

Matthew Campbell (30) top-scored for the Cobras as they fell for just 105 runs.

In reply, the Demons stand at 5/142 entering day two after facing 19 overs to finish day one; Mathers (63) was in fine form, while Chris O’Hara (28) scored quick runs.

Clyde needs to win to keep their slim finals hopes alive and they will be defending a total of 190 against Upper Beaconsfield on day two.

In reply, the Maroons had to navigate 13 overs to end day one and lost openers Imesh Jayasekara (17) and Corey Joyce (16) late in the day as Matthew Aslett (2/7) produced three deadly overs. Upper Beaconsfield will enter day two at 2/42.

Calls for calm at the checkout