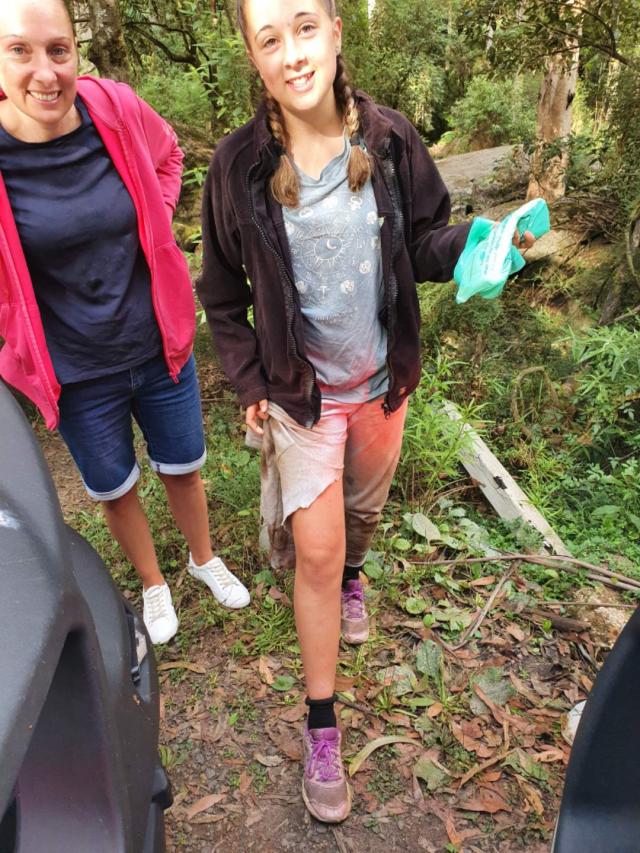 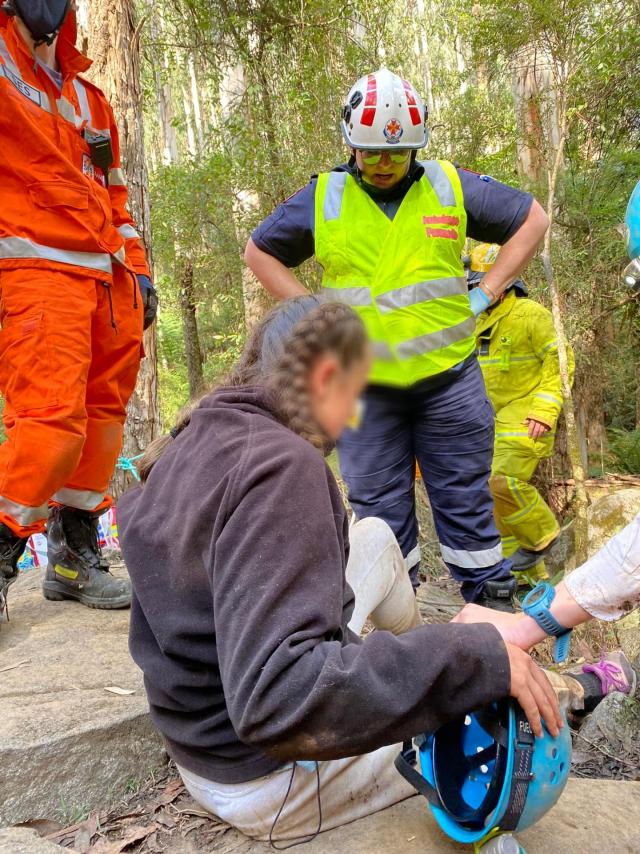 Nar Nar Goon’s CFA captain has expressed his gratitude to his fellow emergency service volunteers after his daughter was rescued from a caving accident while on school camp last week.

Year 9 Kooweerup Secondary College student Ciara Seddon was exploring Brittania Creek Cave in Wesburn on Wednesday 9 March with her outdoor leadership class when, in a freak accident, her knee was pinned between two rocks.

After years as an emergency service volunteer, Ciara’s dad Justin Seddon was shocked to receive the call that Ciara was trapped and was receiving help from the Upper Yarra SES.

“It highlights the importance of the emergency services. It can affect any one of us. You never know who you’ll get called to and I’m grateful for the expertise for the crew up where she was,” Justin told the Gazette.

“I think they’ve done a wonderful job to get her out.”

Ciara and the other campers had undergone vigorous safety measures while caving and were all wearing the proper safety equipment while the accident occurred.

“The principal of the camp said they hadn’t had an incident in eight years, this was purely a freak accident,” Justin said.

“The school and the camp had been really thorough in their activities they run.

“It was just one of those things.”

Ciara and her camping group were exploring a set of caves when she slipped and her leg fell between two rocks and was wedged by her knee.

“The rocks got smaller before they got wider so my knee couldn’t go up or down,” Ciara said.

A camp leader even brought over some olive oil to try help slip the knee out from its wedged position.

Ciara had to lay on her stomach for two and a half hours until emergency services arrived.

“I was scared and panicking a bit,” she said.

Ambulance workers administered Ciara pain relief known as the green whistle to allow SES volunteers to use a harness to yank her knee out from the rocks.

She fortunately walked away with only a few grazes and even returned to the campsite to finish off the trip.

Her classmates were thrilled to have her back in one piece, hailing her a bit of a hero for surviving the traumatic event.

“It was a bit shocking to see how many people cared about me, it was nice,” she said.

“I’d like to thank them all [the emergency services]. Without them I would probably still be stuck in the cave and panicking.”

Ciara thinks her caving days are over, but looks forward to other outdoor activities in the future.