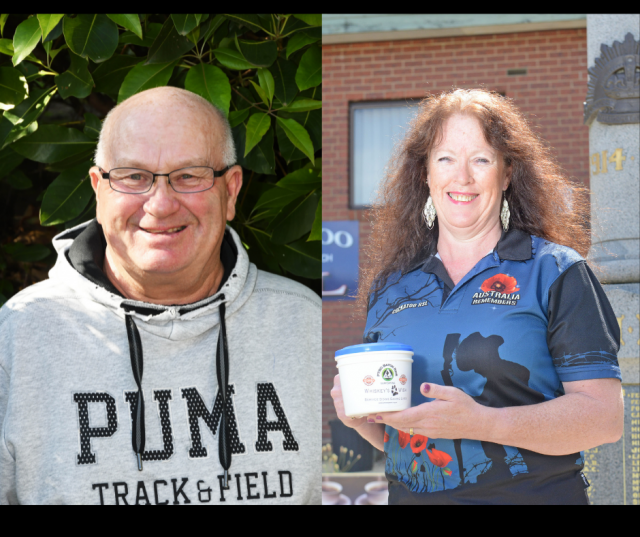 Cardinia Mayor Jeff Springfield congratulated the 2022 winners and nominees and thanked them for their valuable contribution to the Cardinia Shire community.

“On behalf of Cardinia Shire Council and the community, congratulations to our 2022 Australia Day award winners,” he said.

“We acknowledge and celebrate these amazing community members whose generous contributions help to enrich our community.

“They give of their time, energy and enthusiasm to make our shire an even better place to call home.”

Philip Anning was awarded Citizen of the Year because he is a strong advocate for the advancement of community sport and junior sport development.

As president of the Pakenham Cricket Club, he ensures the club fosters an inclusive competition to enable families to participate and to create a positive environment.

He has tirelessly fundraised for the McGrath Foundation, with the club’s annual Pink Ladies Day luncheon raising more than $30,000 for the charity.

Phil is a strong supporter of local businesses and encourages others to do the same. He is described as an icon in Pakenham with friends far and wide who deserves to be recognised for the inspiring man he is.

Joint Citizen of the Year Carol Thompson received her honour because she has a long history of volunteering and has dedicated many hours to the Cockatoo RSL.

She joined the committee as secretary and treasurer in 2015 and has also been the bar and events manager.

Carol has worked tirelessly with committee members to increase patronage and turnover.

In addition to running the traditional Anzac Day and Remembrance Day events, Carol has been instrumental in establishing regular social events at the RSL, including the annual free Christmas Day lunch, pool and Uno competitions, trivia nights, karaoke and live music.

Due to her ongoing dedication and contributions, Carol was nominated RSL President of the Year.

Since she and her family moved to Cockatoo in 1998, Carol has also been involved in Cockatoo Community Creche and Cockatoo Country Market and has supported young people in need.

Mayor Springfield said this year’s winners were once again chosen from a strong field of nominees.

“Both Philip and Carol have contributed so much to the local community, and both deserve to be recognised,” Mayor Springfield said.

“Philip is a strong advocate for the advancement of community sport and junior sport development. As president of the Pakenham Cricket Club, he ensures the club fosters an inclusive competition, and he has tirelessly fundraised for charity.

“Carol has a long history of volunteering and has dedicated many hours to the Cockatoo RSL. She has worked with committee members to increase patronage and turnover and has been instrumental in establishing regular social events at the RSL.”

For more information about the Australia Day awards, visit cardinia.vic.gov.au/australiaday.