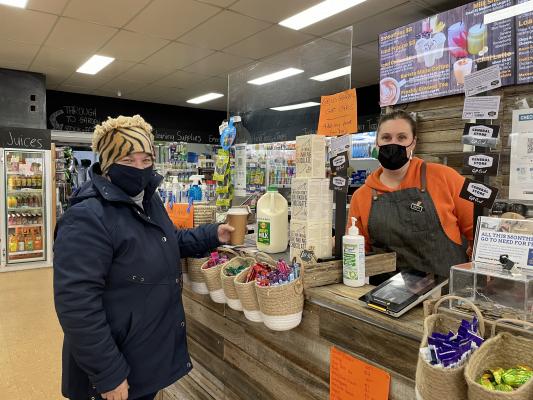 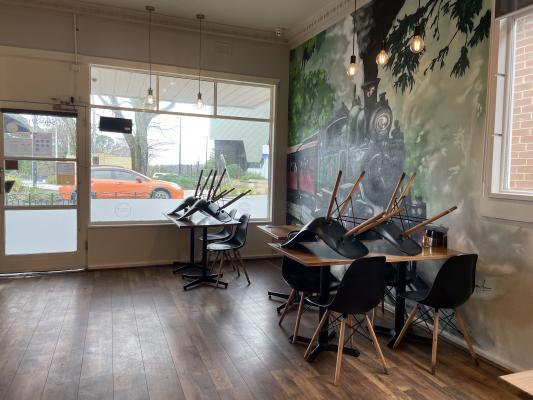 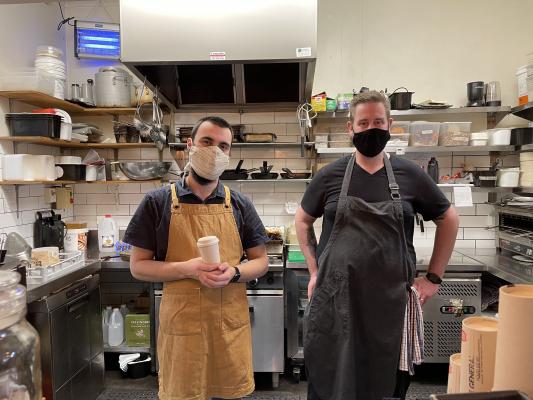 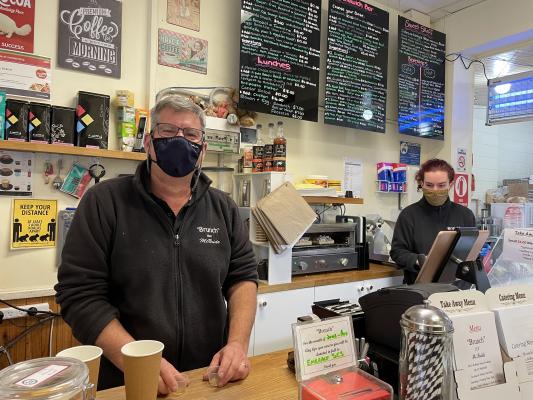 Victoria’s fifth lockdown may have most people down in the dumps, but various cafe owners across Cardinia Shire’s small towns are staying positive and “rolling with the punches“ thanks to the support from their local communities.

On Friday 16 July, the first day of lockdown 5.0, we stopped in at a number of local cafes and stores to see how small business owners were coping with yet another snap lockdown – and surprisingly, most of them still had a smile on their faces despite the trying times.

Stephanie Davey and her husband Justin own and run the Upper Beaconsfield General Store, and the pair said that since everyone in the area was stuck at home and consciously choosing to shop local, they had found themselves fairly busy on the first day of lockdown.

“We’re an essential service in that we have the gas, firewood, water, the cafe, pet feeds and everything in between, so generally we’re really busy because everyone is at home locally and they’re shopping locally,” Ms Davey said.

“We sell a lot of firewood because people are at home burning their fires and if it’s a nice day, we’ll get lots of families coming by for walks, and they’ll pop in as well.

“So it’s not a bad thing, but personally for us, we are more impacted with our children being here with us at the moment,” she said.

Trying to help their three school-aged kids with remote learning while running a busy general store and cafe was a challenge in itself, Ms Davey said, and they really hoped to see schools open up again soon, as they believe that the lockdowns were taking a huge toll on kids and their learning.

At the Emerald General Food Store, head chef Richard Johnston and barista Will Grogan said that it was disappointing to have gone into lockdown once again at such short notice, but they were grateful to at least be able to operate in some capacity.

“It’s good that we can still do something, but we’ve definitely noticed a huge drop in turnover when we’re not able to operate properly,” Mr Johnston said.

“It was hard because we’d already placed our orders for the weekend – but I think all hospitality feels that, and at least we’re not like the hairdresser’s next door that can’t operate at all.

“The local support for us is fantastic, people pop in and say hello, grab a coffee.

“I think when you’re out here [in Emerald] it’s harder with 5kms, because 5km in Pakenham is so different to here,” he said.

“But for us, when we went to 10km last time we noticed that it got a lot busier, but yeah, what can you do, hey?”

The community spirit was clear to see in Cockatoo as well, with Paul and Elise Turnedge, the owners of local cafe ‘Brunch’ on McBride saying that it was amazing to see locals coming together to support one another through the lockdown.

“We’ve got a great little sense of community here, everyone just pitches in and helps,” Mr Turnedge said.

“You could sort of see it coming, you know, all you needed was a truck down the highway, or a removalist from Sydney,” he laughed, “so yeah, we sort of thought it was going to happen, but you just get on with it don’t you?”

“That’s what you’ve got to do, you can’t dwell on these things.

“There’s no point getting angry, it’s not going to change anything, so we just keep ourselves bobbing along and doing what we do,” he said.

So make sure you pop in to your local cafe and support local this lockdown!