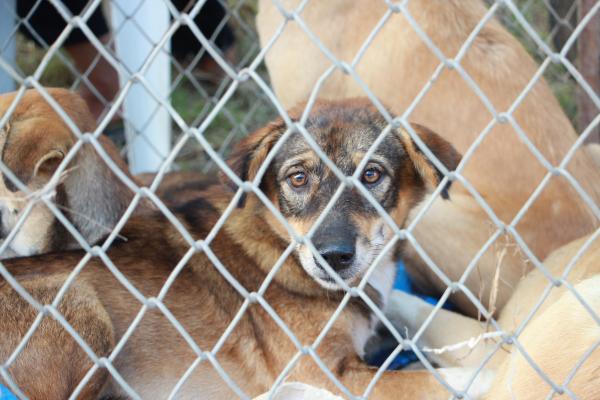 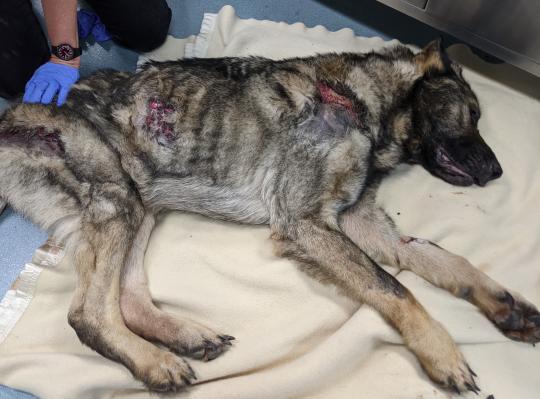 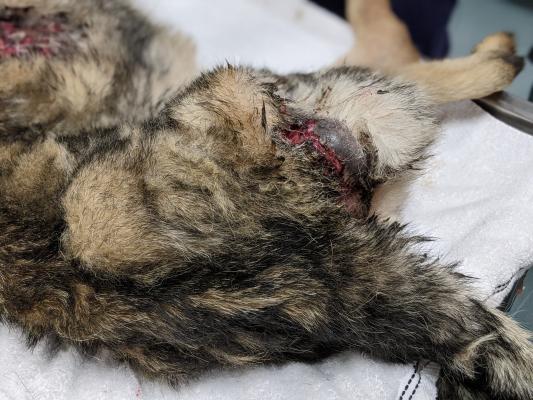 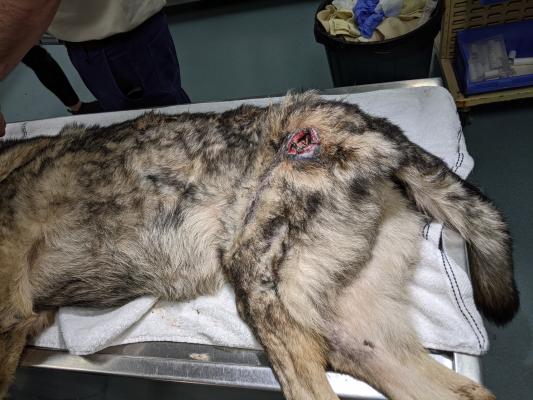 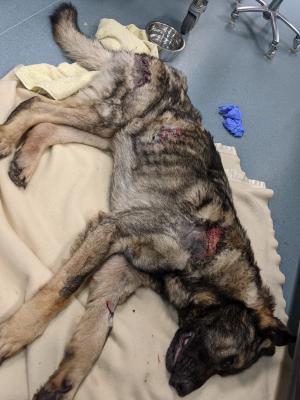 A severely emaciated dog from a property in the south eastern suburbs has sadly been euthanised after he was surrendered to the RSPCA.

The four-year-old German Shepherd named Bobby was found by an RSPCA Victoria Inspector after a report of concern for the dog’s welfare was made to the organisation.

Bobby was given emergency care and pain relief after he was successfully surrendered to the RSPCA’s Burwood East veterinary team.

Vets gave his body condition a score of just one out of five and said he was emaciated, covered in ulcerative lesions with secondary infection and presented with swollen hind limbs.

Bobby had acute muscle wastage and was in severe pain, with one ulcer over his left hip creating a hole so deep that it extended down to the joint capsule.

Despite doing all they could to alleviate the dog’s pain and suffering, Bobby’s dire condition and poor prognosis meant he had to be euthanised.

RSPCA Victoria Inspectorate team leader Stuart Marchesani said it was “unacceptable” to leave an animal to suffer in the manner Bobby would have experienced.

“It doesn’t take days or even weeks for an animal to deteriorate to this sort of condition, this is gross neglect that has gone on for months and months,” he said.

“Sadly, Bobby would have been in significant pain and discomfort for a long time before we found him.”

He added there were legal and moral obligations for pet owners to look after their animals.

“All pet owners must take full responsibility for the animals in their care and, if they are no longer able to provide adequate care, we urge them to talk to RSPCA Victoria about their options,” he said.

“There is no excuse for animal neglect and those found guilty under the Prevention of Cruelty to Animals Act face fines up to $82,610 and two years’ imprisonment.”

The case remains under investigation.

Anyone with concerns about the welfare of an animal is encouraged to call 9224 2222.