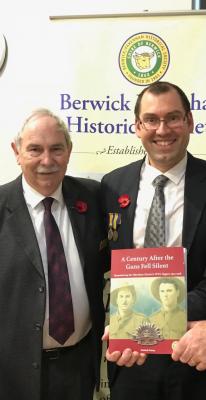 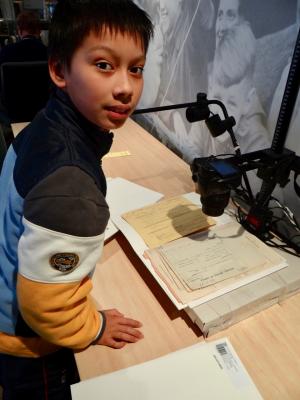 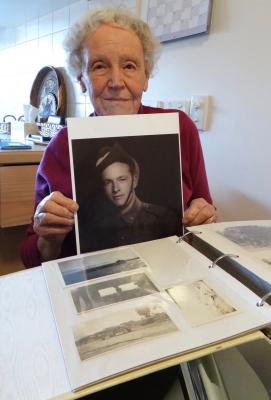 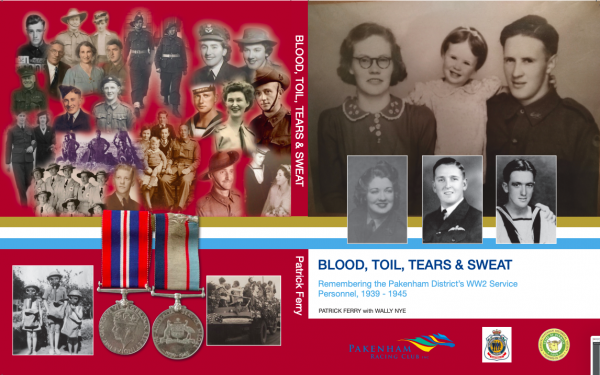 With help from the broader community, a local historian has spent hours upon hours combing through records to collate information […]

With help from the broader community, a local historian has spent hours upon hours combing through records to collate information on those who served in WW2 to ensure their sacrifices are not forgotten.

For the centenary of WW1 in 2018, the Berwick Pakenham Historical Society member produced a book with profiles of all of the WW1 diggers listed on Pakenham’s WW1 memorials.

With this year being the 75th anniversary of the end of WW2, Mr Ferry decided it would be appropriate to honour Pakenham WW2 diggers in a similar way.

Mr Ferry said he felt “very honoured” when he was notified his project had been shortlisted in the history awards.

“In history circles, these are very prestigious awards and very competitive,” he said.

“Every year, many good books are entered and don’t make the grade.

“Writing a book is a bit like becoming a dad – you are always proud of your child, but it feels extra special when someone else tells you they think your child is great too.”

Almost all of the profiles were accompanied by a photograph of the veteran.

The book contains a lot of information about the Pakenham district’s broader contribution to the war effort – including what it was like for women and children on the home front and the preparations made in case of a Japanese invasion.

It also includes details around the role farmers played in keeping up essential food and raw material productions, how the community honoured the returning diggers at war’s end and the dedication of war memorials to honour them.

“Whilst I did the research and the writing for the book, to write a book like this, you need a lot of help from many people – and the project should really be seen as a real community effort,” Mr Ferry said.

“Several friends and long term residents of Pakenham – including Wally Nye, Marlene Knaap, Ian Thomas, Diane Dunn, Ron Carroll and Neville Smith – helped me to identify many of the diggers’ on the memorials and to make contact with their relatives.

“The families of the diggers themselves were so generous in looking through their family records to provide me with photographs, memorabilia and information to include in the book – without them, the book would not have been as detailed or richly illustrated as it is.”

During the 18 months of piecing together the book, more than 200 people and organisations contributed photos, information and other assistance to the project.

Mr Ferry said a lot of archival legwork was involved in bringing the book together.

“Trying to identify the military service records for each digger involved a lot of searching using the WW2 nominal roll, followed by three trips to the National Archives of Australia to view and copy the records,” he recalled.

“My son Joe came on one of these trips to help me copy the files, which really made a difference.

“Then a lot of detective work to trace the families and relatives of the diggers, to obtain photographs and other information to build up the profiles and add interesting stories to the book.”

Mr Ferry said he used the Ancestry website to make contact with quite a few relatives of the diggers who now live all over Australia, including in Western Australia, Queensland, the Hunter Valley and Tasmania.

“For information about Pakenham during WW2, I trawled through every edition of the Pakenham Gazette, from 1939 to 1945, then some,” he added.

“The Gazette is literally the ‘bible’ for starting to put together any history of the Pakenham District.”

The book was jointly published by the Berwick Pakenham Historical Society and the Pakenham Returned and Services League (RSL).

Reflecting on the book’s purpose, Mr Ferry said he wanted to ensure that the Pakenham community never forgets who the brave men and women were and what they did to preserve the community’s freedom and way of life.

He said putting faces to their names and telling some of their personal stories is a really important way of keeping their memory alive.

“When I was writing the WW1 book, I realised that the earlier generation had passed from living memory into history,” he explained.

“When the War Memorial was first dedicated in the 1920s, everyone in town would have known those honoured personally – they had been their children, relatives, mates, neighbours, colleagues, workers.

“But 100 years later, we were not able to even identify who some of the WW1 diggers on the memorial were. I didn’t want that to happen for the WW2 diggers.”

In the end, there were only two names on the memorials that Mr Ferry and those assisting him could not identify.

The names were Dwyer, J and Ellett, M.J.

In order to print the book, Mr Ferry was provided funding from the Department of Veterans’ Affairs Saluting their Service grant, as well as a community grant from the Pakenham Racing Club and the Webster Family Trust.

The Victorian Premier’s History Award winner is set to be announced online in October as part of History Month.

“Whether the book wins an award of not, being shortlisted is a wonderful acknowledgement of the ‘labour of love’ that goes into a project like this,” Mr Ferry said.

“It also recognises how important community history projects like this are – the project has brought so many people together; and brought back so many memories for people.”

Government Services Minister Danny Pearson congratulated all those who were shortlisted for the award.

“Congratulations to all the local historians who have worked so hard to bring Victoria’s diverse and fascinating history to life – especially in such challenging times,” Mr Pearson said.

“I am so proud to see how adaptive and innovative historians have been to deliver their work remotely this year.”

Mr Ferry said people have written to him saying how much they have enjoyed reading the book.

“Some people have written to me saying they simply couldn’t put the book down,” he said.

“Someone wrote and said it was the first book they had read cover to cover since they finished school.

“Others said it brought a lot of tears of joy to their eyes to see people they knew so well honoured this way.”

The first edition of the book – 300 copies – were given to the people and organisations that contributed information or assistance to the project, including public libraries and the Australian War Memorial.

A second print run is being planned for November.

To purchase a copy, contact the Historical Society via email bphs1961@gmail.com.