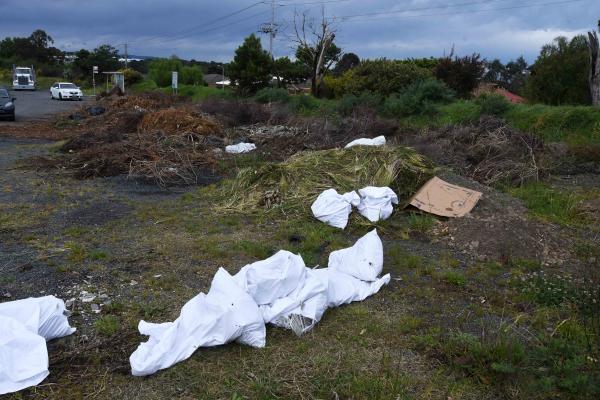 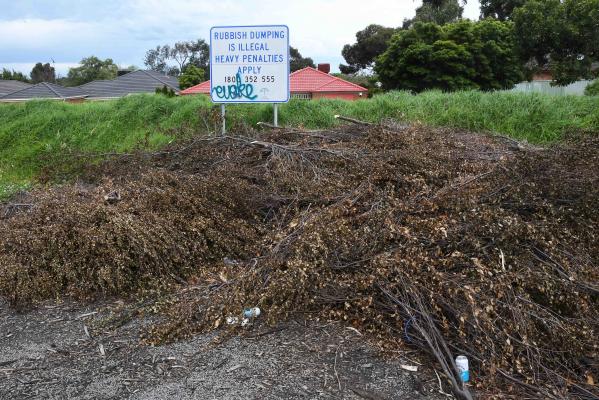 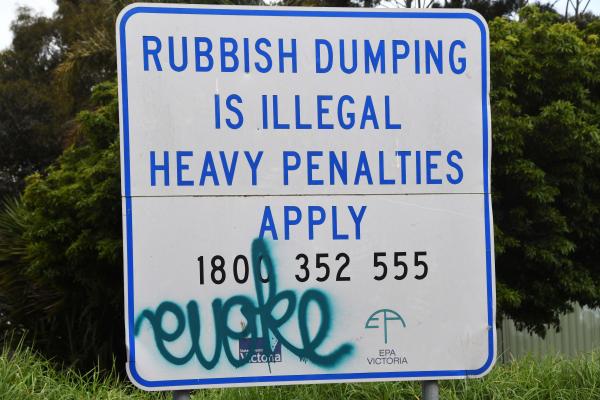 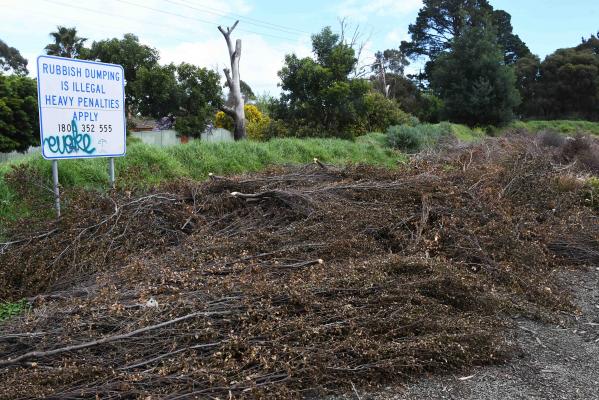 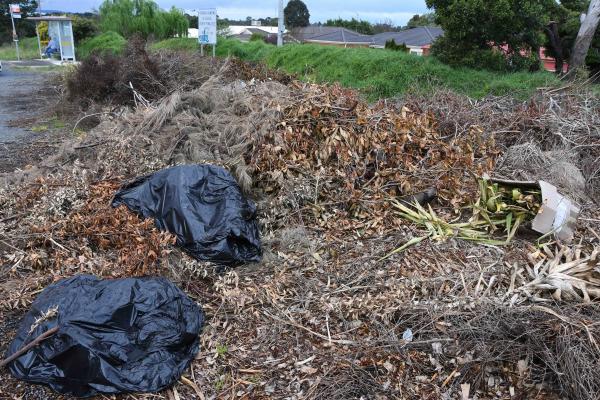 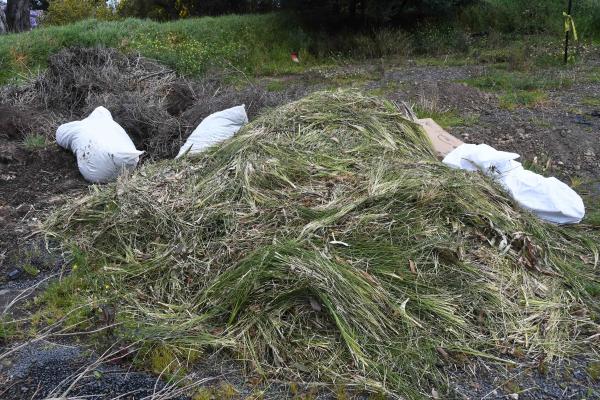 A notorious Princes Highway dumping ground has again been targeted, but the relevant authority has vowed to promptly clean up […]

A notorious Princes Highway dumping ground has again been targeted, but the relevant authority has vowed to promptly clean up the mess.

The makeshift ‘dumping site’ at the corner of Princes Highway and Army Road – opposite Star News’ headquarters – has evidently become a popular place for people to dump their trash.

Tree branches, grass clippings and even numerous bags of rubbish were recently photographed at the site.

“It’s a god damn eyesore now and it’s certainly not a great look for people coming into Pakenham,” he said.

“It’s all open there, so every Tom, Dick and Harry driving past will see the dump. It tends to bother me a bit.”

Despite a sign promoting heavy penalties for rubbish dumpers, John said it hadn’t done an effective job in deterring litterers.

“The dump sign is just ignored. There’s still tree branches and all kinds of mess dumped right in front of it,” John explained.

“I thought ‘what a bloody cheek’. It’s quite pathetic really and it’s not a good thing for our community.”

The site is the responsibility of the Department of Transport, because it falls on a VicRoads thoroughfare.

Cardinia Shire Council have previously told the Gazette that the roadside area was not a licensed transfer or waste site and it is illegal to dump any material at this location.

A Department of Transport spokesperson said the road was regularly inspected for hazards and defects.

It’s understood periodic litter collection and rubbish removal is undertaken, as the Department continues to address the “ongoing challenges” associated with illegal dumping.

“Workers sighted this rubbish during a routine inspection and they’re working to remove it by the end of the week,” the spokesperson said.

“We encourage the community to report illegal dumping by contacting us via the EPA on 1300 372 842.”

Signage at the site is currently being updated and is expected to be implemented later this year.