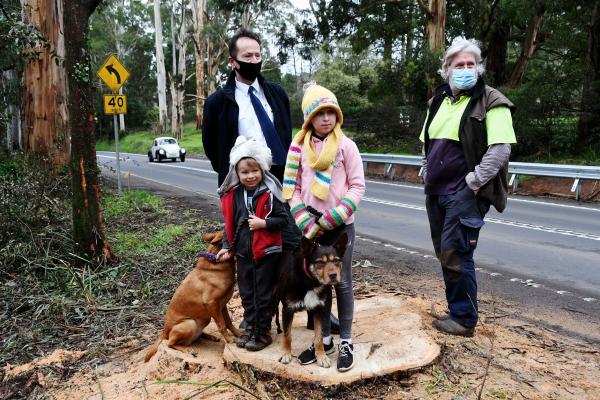 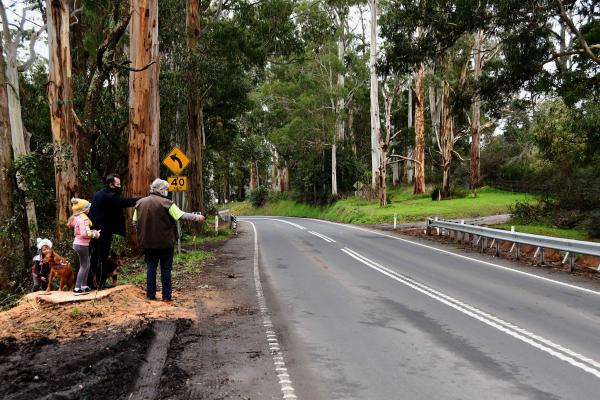 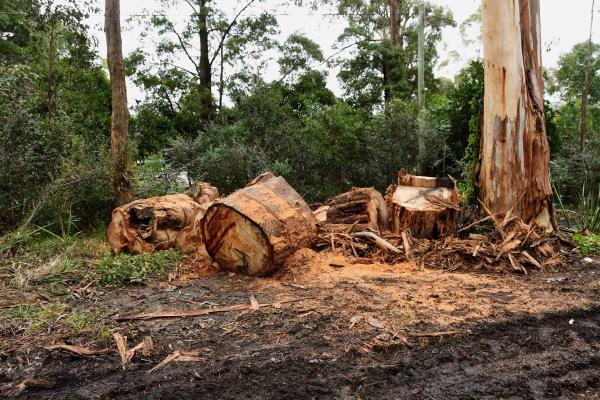 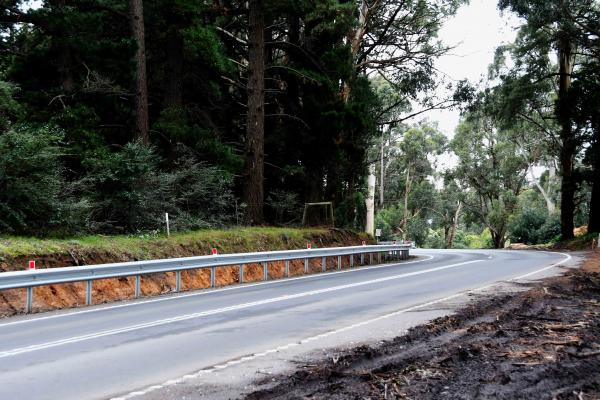 A guttered resident in Emerald is searching for answers after a number of mature eucalyptus trees were suddenly cut down in front of his home.

After receiving Federal Government funding under the Blackspot program to install a guardrail along Paternoster Road, Cardinia Shire Council was required to remove roadside trees that could pose a threat to traffic.

Originally, the six eucalyptus trees adjacent to Maurizio Toneatto’s house had been amended not to be removed as it was not deemed ‘necessary’, according to Mr Toneatto.

“I’m at a loss as to the reasoning for the removal of healthy mature eucalyptus trees adjacent my property as they clearly do not pose a threat to traffic along this straight section of road which is up to 100 metres from the descending blackspot bend,” he said.

“I’m devastated to see the extent of trees coming down and the rough manner in which it is being conducted, especially when there are others posing far more threat to property and services.

“There is a large dead eucalyptus tree adjacent which is a threat to my property and a power line in which the council considered it only necessary to be trimmed so as to provide habitat for local fauna.”

At the beginning of the year, the council was successful in obtaining $364,000 from the government to install about one kilometre of VicRoads approved guardrail in various sections along Paternoster Road, between Bailey Road and Beaconsfield-Emerald Road.

However, Mr Toneatto does not think the guardrails are being installed in the correct sections of the road.

“The extensive steel guardrail throughout Paternoster Road is clearly unnecessary in its placement,” he added.

The major Cardinia Council road, which links Emerald and Mount Burnett, sees an average of more than 500 vehicles per day and has a long history of serious collisions.

The local residents often fear the extent of cars, trucks, bikes that frequent the “ideal speedway camber” that is Paternoster Road during the early hours of each morning.

“Speed is the main concern on Paternoster Road, to which the guard rails serve no purpose other than being obtrusive and unsightly,” he said.

“The local picturesque environment is enjoyed by many for riding horses, walking dogs, cycling, walking or simply enjoying a sip at the Paternoster Vineyard.

“But it can be difficult to appreciate considering the speed and noise levels experienced throughout the day and night.”

Ideally, Mr Toneatto said the simple solution would be for the council to provide traffic management devices such as ripple strips.

Ripple strips should be located approaching the hills from the upper east and lower south sections of the bend to mitigate the extent of speed, Mr Toneatto believes.

Mr Toneatto said the local property owners should be offered an opportunity to discuss the matter with the council, as well as an assurance that the road reserve will be reinstated to a “reasonable standard”.

“The improvements, which included tree removal and crash barrier installation, are considered best practice and used throughout Australia for this type of road,” Mr Benazic said.

“The safety upgrades were designed to minimise tree loss, however seven trees that were too close to the road needed to be removed.

“The current 80km/h speed limit, which is already reduced from the default rural speed limit, cannot be reduced further as it would not comply with the Department of Transport State Speed Zoning Guidelines.”