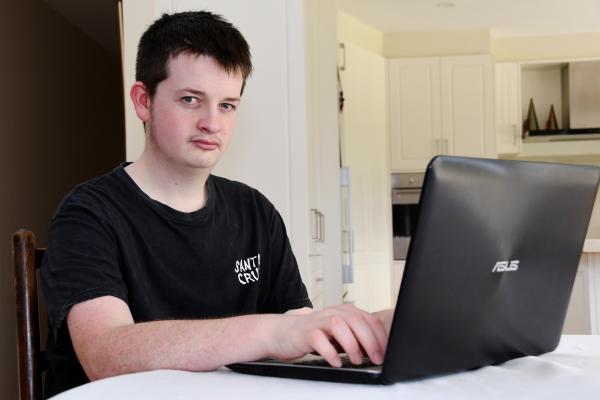 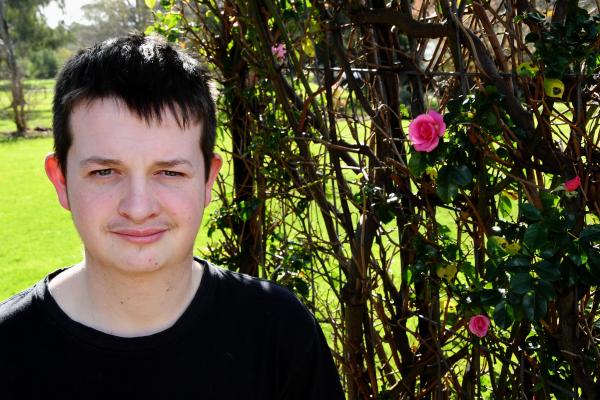 A Pakenham disability service has moved their tuition online to ensure NDIS participants can continue to grow and build their skills.

Like many organisations, Wallara has had to reinvent their response to Covid, which included shutting their Pakenham base on Doherty Street and moving online.

For Cockatoo man, Malcolm Roberts, 18, being able to continue attending Wallara courses throughout the pandemic has been vital.

Malcolm has autism and a mild intellectual disability, and lives at home with his mother Ruth, father Tim and brother James on their rural property.

A National Disability Insurance Scheme (NDIS) participant, Malcolm began at Wallara earlier this year and was using his NDIS funding to attend five days a week when the pandemic hit.

“He clicked with Wallara and was really enjoying it there but then they had to close the centre down towards the end of March,” mother Ruth explained.

“Malcolm’s the sort of person who likes to be doing things and he started struggling emotionally because of the unknown. He likes to know what’s happening, when it’s happening, where he’s going and all that type of stuff, so the sudden shutdown and all the dire news on TV resulted in a lot of angst for him.

“Then three weeks into the lockdown Wallara started sending us emails with information about all the programs their clients could do online.”

“To begin with he found it a bit odd and struggled for the first week, then he just took to it,” Ruth added.

“It’s really quite interesting listening in to what he does. He’s got the computer in his bedroom and he gets himself sorted first thing because he knows his classes begin at 9.30am, then I can hear the moment they start because he starts chatting away – sometimes about things that are nothing to do with his course mind you.

“But it’s just really nice for him to have that connection with people, and a lot of them are people who he hadn’t met before he started his online courses, so it’s been great for his social confidence.”

Wallara CEO Phil Hayes-Brown said the expansion of services online had been planned for some time but the lockdown had made the move a business imperative.

“We’ve got a goal to be the leading disability educator in Victoria by 2022 and obviously we have to be online if we are to reach people beyond our home base in Melbourne’s south-east suburbs,” Mr Hayes-Brown said.

“Right now we’re targeting people with different abilities throughout Victoria but the reality is that these services can be reached from wherever you live right across Australia – all you need is an internet connection and a device.

“For the first time, our trainers are able to provide much needed support to those living in remote or rural Australia who previously have not been able to access support services.”

For the Roberts family, one of the biggest benefits of learning from home has been avoiding the twice daily commute from Cockatoo to Pakenham.

“Malcolm got his P plates just before the lockdown started but he can only drive to local areas that he knows, and catching a bus from Cockatoo to Pakenham is two hours each way,” Ruth explained.

“The online service delivery has been fantastic, but ultimately I want Malcolm to re-engage in at least some face-to-face learning at Wallara instead of sitting at home.”

As for future career aspirations, Malcolm loves wildlife and has a particular passion for kookaburras “which he loves chatting to”.

Ruth said it’d be great for him to find some type of work or volunteer opportunities in that field.

“Moving forward he’ll be able to try different job options at Wallara, to discover what works for him and what fits with his abilities,” she said.

“Malcolm needs to learn to be out in the wider world, I don’t really mind whether it’s employment or volunteering but he’s got to be doing something.

“Once he’s experienced that world, he’s the sort of person that would really enjoy it.”