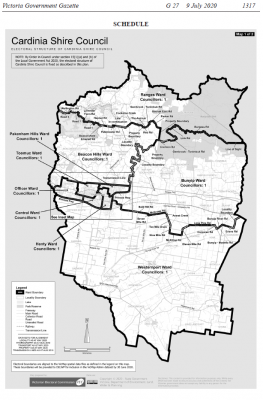 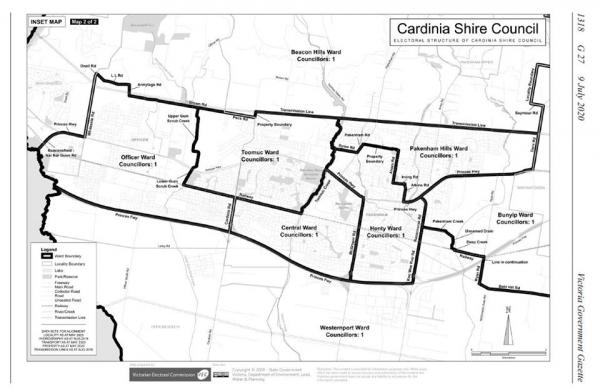 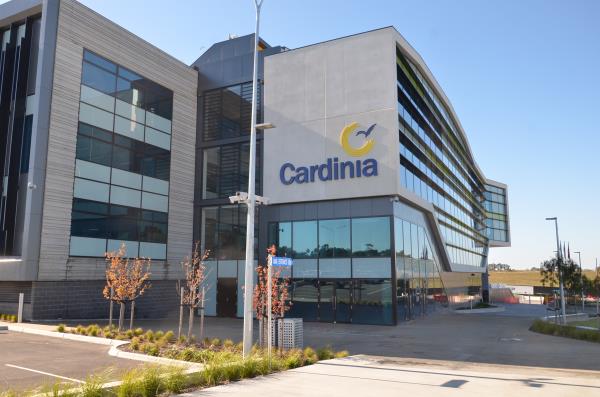 The boundaries of Cardinia Shire Council’s nine new wards – which will be represented by just one councillor – have been publicly released.

A representation review by the Victorian Electoral Commission (VEC) recommended the council operated under three wards with three councillors – but the commencement of the Local Government Act 2020 meant the electoral structure will be shifted to single councillor wards.

From the next general council election in October this year, the new wards will be:

To determine each ward name, Cardinia Shire Council worked alongside local historical groups to ensure each ward reflected their area.

He said there were a few schools of thought on the concept, with some believing it could increase individual councillor accountability, whereas others fear it could decrease diversity of representation.

“I think it will certainly increase individual councillor accountability, and in some respects, make for a more predictable workload as each councillor will be accountable to their own ward,” Cr Schilling said.

“Single councillor wards will certainly be challenging in our more rural areas, with a single councillor having a large physical area to travel across and represent. In terms of the growth corridor, it’s hard to say.

“Another potential downside to the new structure is the lack of collaboration between councillors, resulting in a lack of broader council advocacy.”

Deputy mayor and Port Ward councillor Graeme Moore said he believed councillors will be held to account under the new boundary system.

“If you’ve got four councillors, two of three people might be picking up the slack for the others, so this will help ensure every councillor is active in their community.”

“I am inclined to think that considering the urban tight population growth areas and the limited development – as yet – in the rural locations, the proposed single councillor wards are likely to be more satisfactory and efficient,” Ms O’Connor said.

Voters must confirm they are enrolled on either the State electoral roll or their council roll before 4.00 pm on Friday 28 August 2020.