After seven years of being involved in Scouts, 15-year-old Thomas Van Dolderen has been recognised for his hard work, leadership and determination.

The Australian Scout Medallion is considered the pinnacle of scouting and to earn it, Thomas had to participate in a Scout leadership course, demonstrate an active leadership role and achieve the ‘Adventurer Cord’.

“By completing the adventurer level and normally a hike, is when I could try for my

Due to the coronavirus pandemic restrictions, Thomas was unable to physically undergo the hike, which was planned at Wilson’s Prom.

However special considerations were made, allowing him to be eligible.

“It is the highest level of achievement that I can achieve in Scouts. I achieved my ‘Grey Wolf’ award which is the highest achieved in Cubs so I knew I just had to go for my Australian Scout Medallion,” he said.

“When I found out, I was very relieved because I put a lot of work into it but also very happy and excited.”

Thomas says he enjoys the range of activities Scouts has to offer.

“I love learning new things and survival skills, as well as making lifelong friends,” he said.

“I also love being able to camp and knowing I have the skills to plan for equipment, food and think about the location and weather.”

His best memories with Scouts include attending the 25th Australian Jamboree at Tailem Bend, South Australia last year, climbing Mt Kosciusko in 2017, reaching the peak of Cradle Mountain in 2019 and day tripping to Kings Canyon. 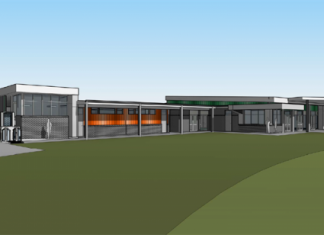