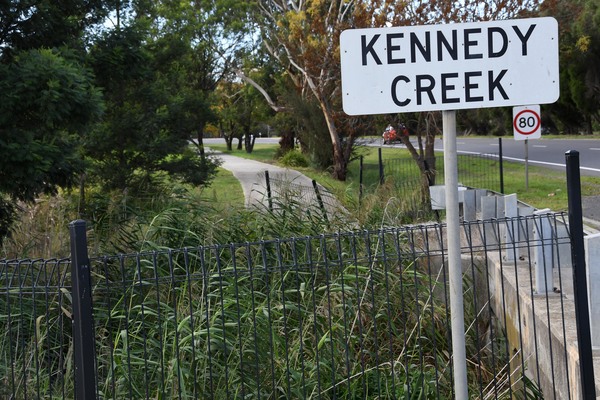 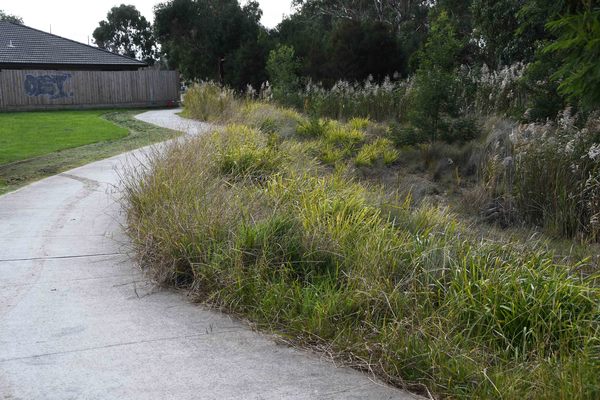 A Pakenham man is urging pet owners to control their dogs after he was set upon by a small dog while walking along a popular trail.

The man, who wishes to remain anonymous, was walking around a corner at Kennedy Creek on Saturday 9 May, when the dog, which was being walked by a young girl, launched at him.

The feisty small breed, which is believed to be a Jack Russell, bit the man, ripping his pants and drawing blood.

“It jumped up and bit him at the top of his thigh,” the man’s wife explained.

“It was not a deep bite at all – more of a graze – but enough to be painful and leave a mark.”

It’s understood the girl, who is believed to be about 13 years old, apologised but there was no formal exchange of details.

“As it had just started hailing, my hubby swore at the dog and then kept running,” the wife added.

“He contemplated kicking or whacking the dog out of frustration and anger but he didn’t want to scare the young girl.”

Following the attack, the man was forced to seek medical advice where he was prescribed antibiotics.

“The GP said it’s not really a matter of ‘if’ you will get an infection but ‘when’, as a dogs mouth carries so much bacteria,” she said.

“He is ok but I would hate to think what would have happened if our toddler or dogs were with him.”

It’s not known why the dog attacked, however the couple is of the belief that it was startled and could have been trying to protect the girl.

As exercise remains one of five reasons to leave the house during the Covid-19 pandemic, more people are out walking their dogs.

The couple said it was important for pet owners to remain in control of their animals and to keep them on a lead at all times.

“We’ve definitely noticed more people and dogs out, a lot that are off lead especially around the Silver Gums estate and the Kennedy Creek walk,” the woman explained.

“People need to be aware that not all dogs or people are ok with being approached by other dogs.

“I won’t walk our two dogs unless he’s with me as I don’t feel safe with the number of dogs I see walking around off lead, it’s definitely a huge issue in this area.”