By sports editor Russell Bennett Two of the most respected players of the AFL’s modern era will don the Inverloch Kongwak colours in 2020 in an incredible coup for the West Gippsland Football Netball Competition powerhouse. Four-time Hawthorn premiership-winning superstar Jarryd Roughead will join younger brother Cam in the Sea Eagles lineup in a handful […]

Two of the most respected players of the AFL’s modern era will don the Inverloch Kongwak colours in 2020 in an incredible coup for the West Gippsland Football Netball Competition powerhouse.

Four-time Hawthorn premiership-winning superstar Jarryd Roughead will join younger brother Cam in the Sea Eagles lineup in a handful of games this coming season, while former Western Bulldogs skipper Bob Murphy is also set to pull the boots back on for the club coached by his brother-in-law, Ben Soumilas.

While Roughead now has a full-time role within St Kilda’s football department at AFL level, it’s understood he’ll be available for a number of games for Inverloch Kongwak this season – almost certainly enough to qualify him for the finals, should the Sea Eagles progress.

Still only 33, the Leongatha product was a two-time All-Australian, won the Coleman Medal in 2013, and captained his beloved Hawthorn in 2017 and 2018 before retiring last year – following a six-goal haul in his final game.

Fellow Gippsland Power alum Bob Murphy, originally from Warragul, played over 300 games for the Western Bulldogs, where the 37-year-old remains one of the club’s most revered figures. He, too, is a two-time All-Australian, and was named captain of the side in 2015.

Murphy currently co-hosts 1116 SEN’s weekday drive show, ‘Bob and Andy’, alongside Andy Maher and also has a number of other football media roles, including with Fox Footy.

Like Roughead, Murphy, too, is set to be available on multiple occasions for the Sea Eagles in their upcoming campaign, and it’s hoped he, too, could play enough games to potentially qualify for finals.

Inverloch Kongwak president Peter Butcher told the Gazette how thrilled he was to bring both former AFL stars into the fold.

He said Roughead’s relationship with the Clark boys – Rowan and Dylan – was crucial in him joining the Sea Eagles, and it was actually Roughead who played the most significant role of all in bringing great mate Murphy into the fold.

Roughead is locked in to play the Sea Eagles’ first three games of the season – against Kooweerup, Dalyston, and Cora Lynn.

Soumilas – an incredibly highly respected figure in Gippsland football – has returned to the helm at Inverloch for 2020 after a year out of the role in 2019. He coached the Sea Eagles to the inaugural WGFNC senior premiership in 2017.

The announcements come at an incredibly exciting time for the Sea Eagles, who have also just unveiled state-of-the-art netball facilities.

Former North Melbourne and Melbourne utility Cam Pedersen will again don the red, white and blue of Phillip Island in 2020 after playing an integral role for the Bulldogs in their undefeated premiership season in 2019 – a campaign in which he was also the run-away winner of the WGFNC’s senior best and fairest award. 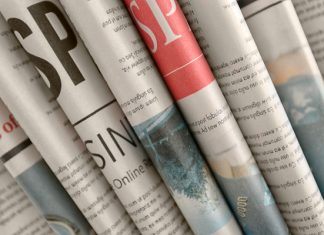